Created by Gabe Liedman (Pen15, Big Mouth) and executive produced by Hayes, Todd Milliner, Ben Heins, Mike Schur, David Miner, the sassy series follows all-star American Intelligence Agent Steve Maryweather (Hayes), who is ousted to West Hollywood after coming out as gay. There he assembles a misfit squad of LGBTQ+ geniuses, creating the Q-Force. But after a decade of waiting for their first official mission from the AIA, the team goes rogue by finding and solving their own cases. 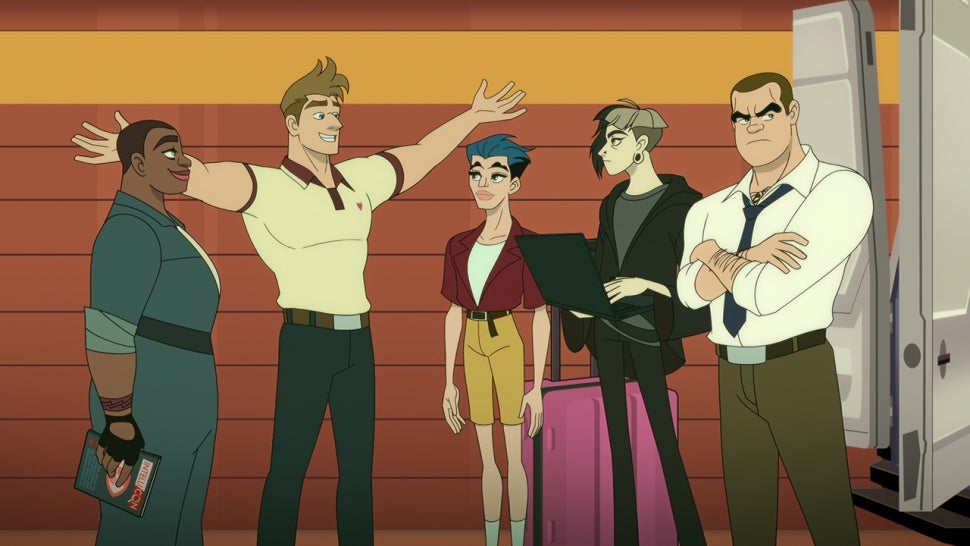