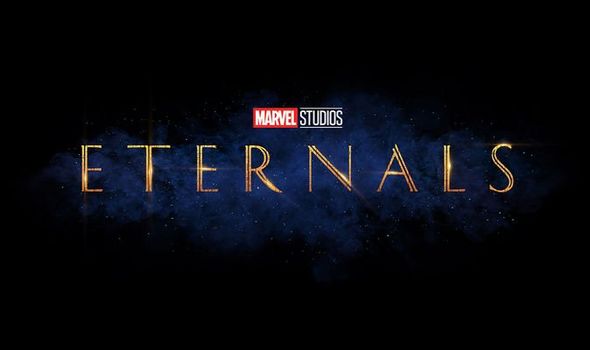 Created by Jack Kirby in 1976, the legendary creator’s vision wasn’t initially to have the Eternals tied into Marvel’s overarching universe ‑ but the popularity of the series led to that route ‑ with the characters having their big-screen debut this month. While critics prior to the movie’s general release had rated Eternals as the worst-ranked MCU movie to date, the reaction from fans has been better ‑ with many appreciating the introduction of new characters.

Below, we’ll go into the main Easter eggs and MCU hints from the movie that fans should watch out for.

Did you spot them yourself? Let us know the comments below. And it goes without saying, from this point on, expect major spoilers!

The Eternals ship is named the Domo, a name that may be familiar to fans of the comic series ‑ although the adaptation in the movie is significantly different.

Domo is the name of an Eternal who serves as the administrator on the Eternals’ planet, Olympia. However, he clearly won’t be used as a character moving forward and is instead simply referenced by the ship’s name.

At one point in the movie, Dane Whitman references the Master of the Mystic Arts when speaking to Cersi about her powers ‑ with the stand-out moment being when he asks if she can change him into a giraffe.

Prior to the events of Avengers: Endgame, Doctor Strange and the sorcerers had been hiding in the shadows but it appears their involvement in the huge battle against Thanos’ army has led to wider knowledge of the existence of magic.

It appears that DC exists within the MCU, with Ikaris explicitly compared to Superman. The comparison makes sense as both can fly, have super strength and fire lasers from their eyes.

This reference has caused quite a stir on social media and it will be interesting to see if future DC references are on the horizon.

Makkari’s room on the Domo is a literal treasure chest, as she’s collected artefacts of significance throughout her existence.

Perhaps the most interesting is what appears to be a suit of armour that looks very much like the attire that Moon Knight has worn in the comics ‑ and it may well be our first hint towards Oscar Isaac’s character.

Moon Knight is set for a TV series introduction on Disney+ in 2022.

Fearing the world will end, Sersi tells Dane to reconcile with his uncle. In the comics, Dane’s uncle is John Garrett, who brought disgrace to the name of the Black Knight using the Ebony Blade ‑ the sword which Dane later inherited from his uncle.

Eternals’ post-credits scene introduces Pip the Troll, voiced by Patton Oswalt. An important figure in the comics, Pip claims to be a former member of the planet’s royalty who drank an enchanted drink that turned him into a troll.

He’s typically associated with Adam Warlock, who is set for the MCU himself having been teased at the end of the second Guardians of the Galaxy movie and has been cast for the third instalment, played by Will Poulter.

A spoiler that emerged widely on social media prior to the film’s release, Harry Styles has been cast in the MCU as Thanos’ brother Eros ‑ who is better known by the name of Starfox.

Starfox has the ability to manipulate the emotions of others, making them susceptible to his control. This led to an interesting arc in a She-Hulk series, where it emerged he faced accusations of using these powers to entice women to sleep with him.

Name-dropped early on in the Eternals, the character of Dane Whitman is set to become the Black Knight.

The Ebony Blade is finally seen in the post-credits scene when he claims its power hoping to use it to rescue Sersi.

Undoubtedly the biggest Easter egg of them all, Dane is interrupted before he can pick up the Ebony Blade by a mysterious voice ‑ which has been confirmed to be Mahershala Ali’s Blade, representing his first appearance in the MCU.

Blade is confirmed to be coming with a movie of his own, though a date is yet to be confirmed. The supernatural is set to be a major staple in the MCU moving forward with the introduction of Blade along with the likes of Moon Knight.

It’s widely speculated that we could see Blade in the upcoming Moon Knight series.