The Chase transmitted into televisions up and down the country with a celebrity edition this afternoon. Joining Bradley Walsh was Mark Billingham, Aldo Zilli, Lucy Pargeter and Joey Essex. And in the Chaser hot seat was Anne Hegerty aka The Governess. When it was Emmerdale actress Lucy’s turn to step up and face Anne, she asked her to be nice, but the quizzer had no intentions of doing that.

Mark and Aldo Zilli had already added £10,000 to the jackpot by the time Lucy faced the cash builder.

When Anne walked out of the tunnel to sit opposite Lucy, the actress remarked: “She looks so mean!”

To which the quizmaster replied by asking her about famous Dingles. 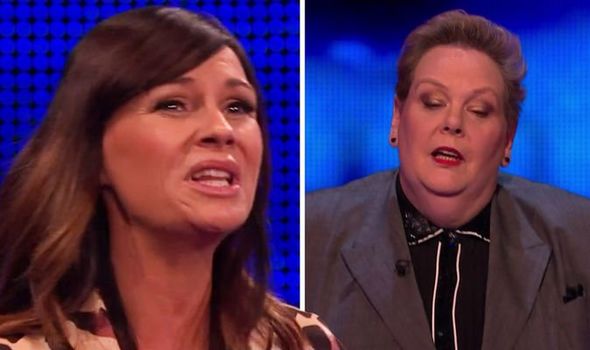 After a few rounds of questions, it came down to only two steps away from adding her money to the jackpot.

When waiting for the screen to show whether or not she had the correct answer, she muttered: “Be nice”.

And Anne took this as her opportunity to reply with a curt “no”. 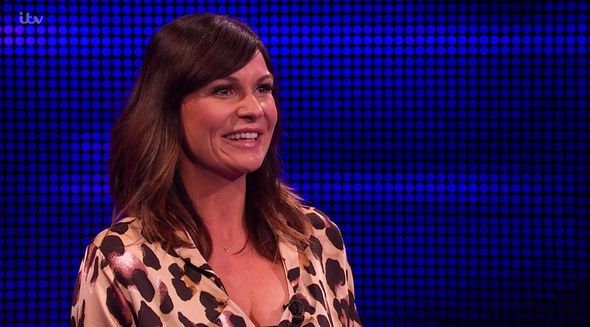 Despite this, Lucy managed to make it back safe.

Up next was Joey, who struggled to answer many questions correctly.

He did however take a massive gamble when he faced the board. 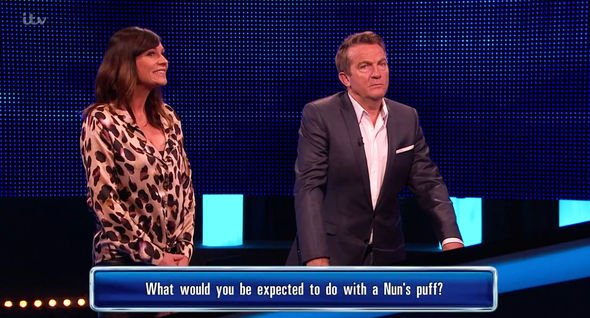 Unfortunately, despite his efforts to take a risk, he didn’t manage to beat Anne.

But after a couple of pushbacks, the celebrity team were victorious.

Earlier on in the quiz show, Aldo made an error, viewers spotted.

On a food question which required Aldo to guess certain types of rhubarb he answered incorrectly.

One fan tweeted: “#thechase a professional chef getting a food question wrong lol.”

“He’s a chef yet gets a question like that wrong… #TheChase,” another wrote.

A third stated: “A chef and he gets a food question wrong. #thechase.”

The Chase airs weekdays at 5pm on ITV.