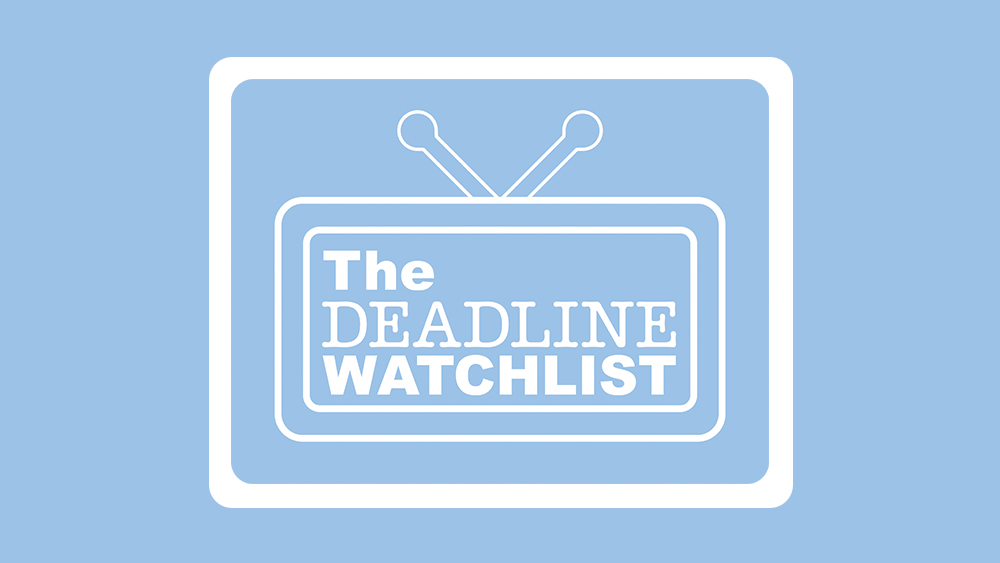 Editor’s note: The Deadline Watchlist is a feature spotlighting small-screen specials, events and can’t-miss episodes of ongoing series each week.

1. Red Table Talk Season Premiere: Jada Pinkett Smith’s popular and revealing online series returns with its first episode since her husband Will Smith slapped Chris Rock at the Oscars last month. Season 5 of the Daytime Emmy-winning digital talker, which also stars Pinkett Smith’s daughter Willow Smith and mother Adrienne “Gammy” Banfield Norris, will kick off with guest LGBTQ+ advocate and eight-time Grammy nominee Janelle Monáe. Other guests set to appear this season include Kim Basinger and her daughter Ireland Baldwin; the parents of Miss USA Cheslie Kryst, who died by suicide this year; and The Tinder Swindler victim Ayleen Charlotte. Also, Smith siblings Willow, Jaden and Trey take over the table for their first solo episode. The show’s hosts didn’t address The Slap in today’s opener. However, in the opening, it did read on screen: “Considering all that has happened in the last few weeks, the Smith family has been focused on deep healing. Some of the discoveries around our healing will be shared at the table when the time calls.”  — Erik PedersenApril 20, Facebook Watch, 9 a.m. PT/noon ET, Facebook Watch

2. Where’s Rudy, Masked Singer?: Is tonight the night? There’s been much controversy about the Fox reality competition series casting Donald Trump’s former lawyer and Big Lie endorser Rudy Giuliani. Will viewers finally get to see Giuliani unmasked and if so, what will he sing? The seventh episode of this season of the non-scripted series, which kicked off on March 9, is titled “Don’t Mask, Don’t Tell.” Keep an eye on judge Ken Jeong. — Peter White
April 20, Fox, 8 p.m. ET

3. NBA Playoffs: Celtics vs. Nets, Game 3: After a Game 1 that some called the best First-Round contest in NBA history, the Boston Celtics will meet the Brooklyn Nets for Game 3 on Saturday. Tonight’s Game 2 will likely be another fierce battle to be sure, but whether the Kevin Durant-led Nets or the fabled Celtics win, Game 3 will likely be the decisive blow in the series; It will either break a 1-1 tie or put the Celtics ahead by a nearly insurmountable 3-0 lead in the best-of-seven series. If the latter, it would mark an epic flameout for Durant — considered by many the best player in the league — and Brooklyn, which was picked by many to win the title. If the former, breaking the tie could provide the momentum either team needs to put the other away. — Tom Tapp
April 23, ESPN, 4:30 p.m. ET

4. Gaslit Debut: Watergate remains the political scandal of endless Hollywood fascination, even almost 50 years after the break in. The latest project Gaslit, inspired by the Slow Burn podcast, takes a more personal approach to telling the story, through the eyes of figures including John Dean (Dan Stevens), John Mitchell (Sean Penn) and Martha Mitchell (Julia Roberts). That POV gives this project a different wrinkle from others in the ever-expanding Watergate genre. — Ted Johnson
April 24, STARZ, 8 p.m. ET

5. Better Things Series Finale: It’s said that all good things come to an end, but do great ones really have to? After five glorious, generous and genuine seasons with Hollywood journeywoman Sam Fox, her three daughters (Mikey Madison, Hannah Alligood, and Olivia Edward), her eccentric and truly challenging mother (Celia Imrie) and their extended family, FX’s Better Things is wrapping it all up on April 25. The deeply emphatic Peabody Award winning series from co-creator, producer, showrunner, director and star Pamela Adlon has never shied away from hard truths and deep laughs — why would the series finale be any different? — Dominic Patten
April 24, FX, 10 p.m. ET

Check out the Better Things panel from our recent Contenders TV event below:

Depp Describes Argument With Heard That Led To His Severed Finger: Livestream