Rachel Lindsay is officially Extra’s newest correspondent and one of the realest Bachelor/Bachelorette alums out there. But the lawyer’s life might’ve been totally different if she never said yes to being on The Bachelorette. Which, BTW, she almost didn’t.

Talking to Page Six about her new job, Rachel said she actually turned down the lead role the first time ABC asked her. She admitted, “I laughed when my co-workers came into my office and said you should do The Bachelor. And then when they offered me—The Bachelorette—I told them no.”

It wasn’t until someone approached her about what her being the Bachelorette would mean for young girls. She added: 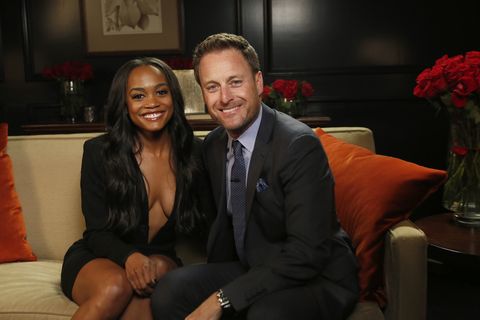 That one decision to say yes changed her life and outlook so much that she doesn’t even recognize herself anymore. She’s now married to and in love with Bryan Abasolo, she continues to lock down new job opportunities, and she speaks out about what’s important to her. Not to mention, ABC is definitely better off since she joined the network and pushed the franchise to be better, more diverse, and more inclusive.