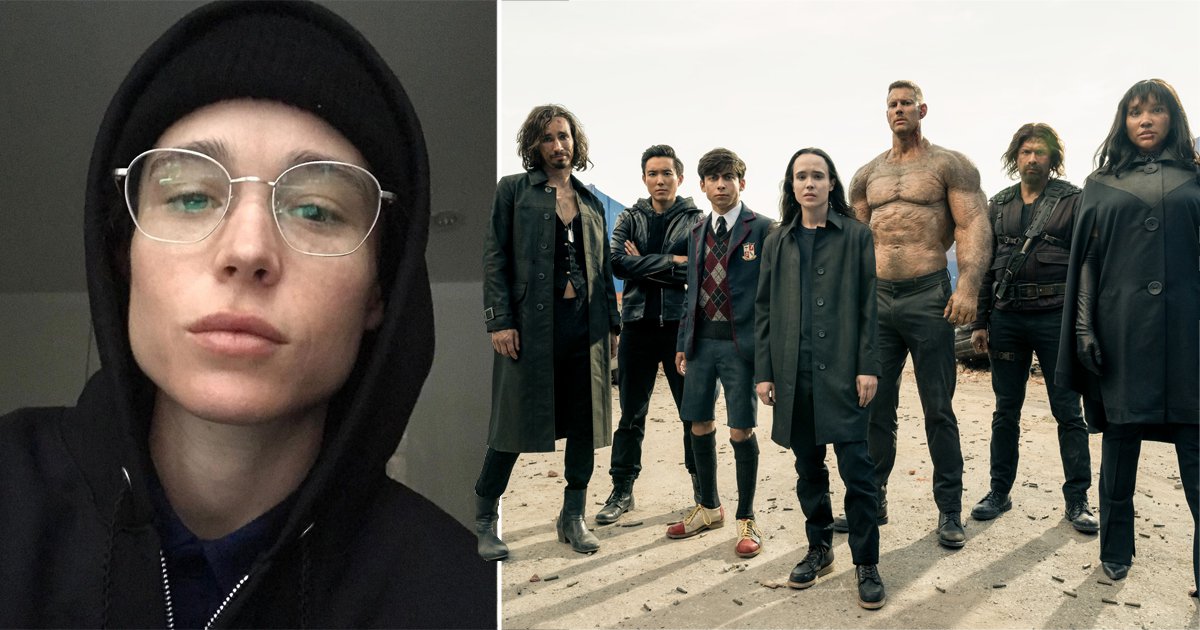 Elliot Page has shared a cute behind-the-scenes picture from the set of the Umbrella Academy ahead of his tell-all interview with Oprah Winfrey.

The 34-year-old stars as Vanya Hargreeves in Netflix’s hit sci-fi and production is currently underway in Toronto for its hotly-anticipated third season.

Days after he was spotted enjoying a stroll with his dog Mo in-between scenes, Elliot posted a picture of him hanging out with Allison Hargreeves actor Emmy Raver-Lampman.

The duo both masked up for the photo, which was taken in front of a trailer, with Emmy flipping the bird at the camera.

Elliot simply captioned the snap with a red love heart and the umbrella emoji.

As it currently stands, the plot details for the new season are thin on the ground, however, we know from the cliffhanger ending of season two that the series will follow the Hargreeves siblings as they encounter the Sparrow Academy after causing a stir in the timeline of events.

Away from Umbrella Academy, Elliot’s interview with Oprah is set to air in the US on Friday.

In a preview clip shared by Variety, the star opened up about coming out as trans on Instagram.

‘It felt important and selfish for myself and for my own wellbeing and my mental health and also with this platform I have, with the privilege I have and knowing the pain and the difficulties and struggles I faced in my life, let alone what so many other people are facing, it absolutely felt crucial and important for me to share that,’ Elliot said.

Umbrella Academy is available to stream on Netflix.

Got a showbiz story?