Walking Dead season 10 episode 16 will be airing later in 2020 following the coronavirus outbreak. The AMC season finale was due to air on April 12 but post-production was delayed and the finale will now air as a special episode. Fans have seen a sneak preview for the next episode, and they are wondering who one particular character is.

A sneak peek video of the next episode has appeared on YouTube and it shows Father Gabriel (Seth Gilliam) frantically running around a building handing out weapons to other survivors.

He reassures a couple of the children, who say they are scared, and tells them there are plenty of groups coming together who will beat the Walkers.

Carol Peletier (Melissa McBride) and Daryl Dixon (Norman Reedus) are then seen fighting off a separate group of walkers, while Ezkiel (Khary Payton) and another team are seen riding off to find further help.

Towards the end of the clip a mysterious masked man appears in the forest wielding two pick axes as weapons. He is wearing a long coat with the hood up, and a mask completely covering his face. 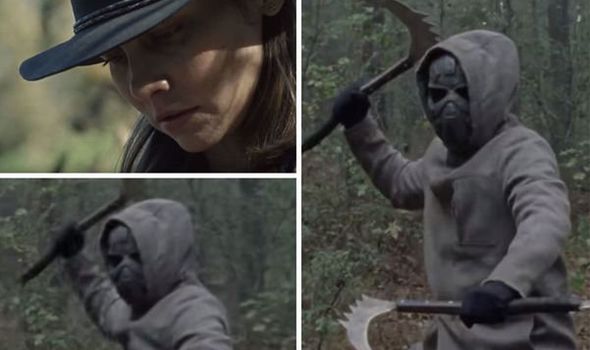 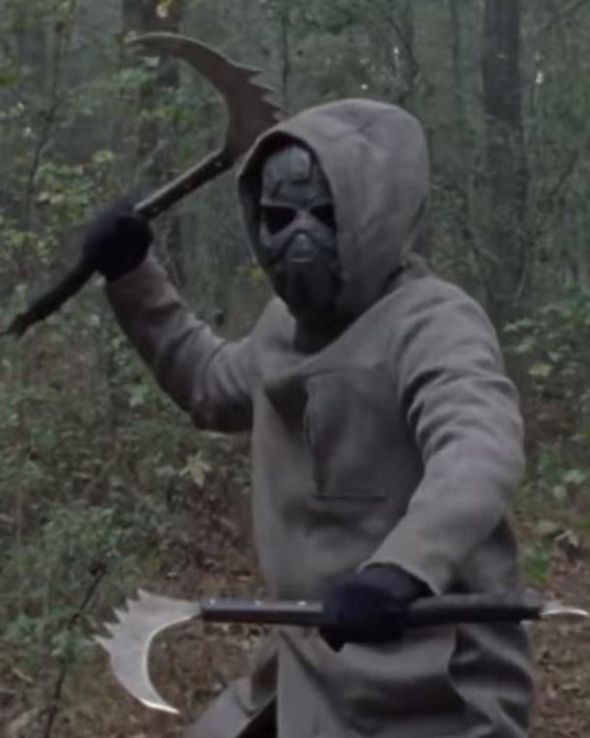 The character seems to be an experienced fighter as he takes a strong stance and performs certain moves which suggest he has had training.

The camera zooms in on him but his face is never seen in the clip, and a number of fans have taken to Reddit to ask who he is.

Wizarddoctor said: “Could this comic character be the masked ninja in 10×16?” and included a photo of Sheriff Kapoor, a sheriff of the Commonwealth.

They added: “Kang [the show’s writer] is a huge fan of the comics. She probably saw the Kapoor cover and thought to herself that he looked like an interesting character.

“So maybe, she is creating her own version of Kapoor and introducing him earlier.” 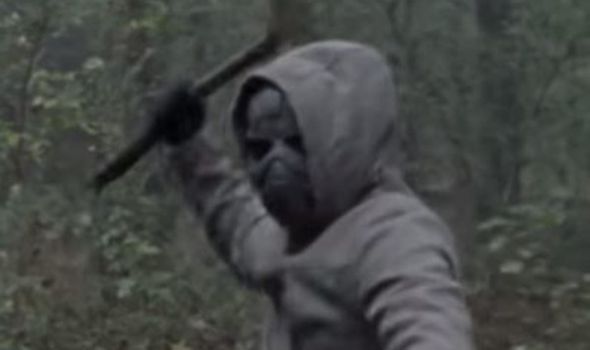 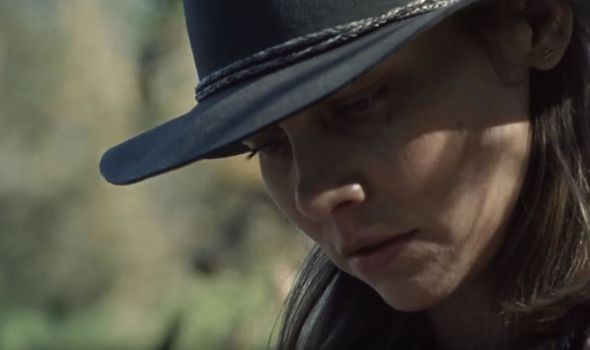 However, some fans have suggested the mysterious character could in fact be a woman, with some saying it is fan-favourite Maggie (Lauren Cohan).

Showrunners have already revealed Maggie will make an appearance in the final episode, but there have been no details on how she will return.

One fan said: “How have y’all not figured out this is Maggie?”, but other fans have said the figure does not have the shape or stance of a woman.

Other names which have been thrown into the ring include Alicia, a character in Fear the Walking Dead (Alycia Debnam-Carey) or Connie (Lauren Ridloff) from the original series.

Majigor said on Reddit: “Looking at the legs I think it’s female? A new character, Connie or Maggie?”.

But Canadian_in_Canada said: “Has to be a new character. Neither Connie nor Maggie would run up, knives drawn like that. They’d have the mask off to show you who they are.”

Fans have turned to the comic books to see if there is a character who brandishes similar weapons, with some suggesting Mercer.

Mercer is one of the main characters in the comic book series and he is an officer of the Commonwealth and leader of the military there.

The sneak peek also features Maggie who left the show back after Rick Grimes’ (Andrew Lincoln) assumed death, heading off with her son to search for new communities.

By series nine she becomes fully committed to killing Negan (Jeffrey Dean Morgan) but she realises Rick wants him to live and she blames herself for his demise as a result.

In the clip she digs up a metal case which contains a letter, explaining which of her friends are still alive and warns her that come are head.

Father Gabriel’s voice is heard saying: “Those that might find us help, or come here and help, together we will fight and that’s how we will survive…together.”

The Walking Dead season 10 is available to watch on AMC