This film about a small-town pastor hoping to mentor his wife’s killer includes one of the final performances from Anne Heche. 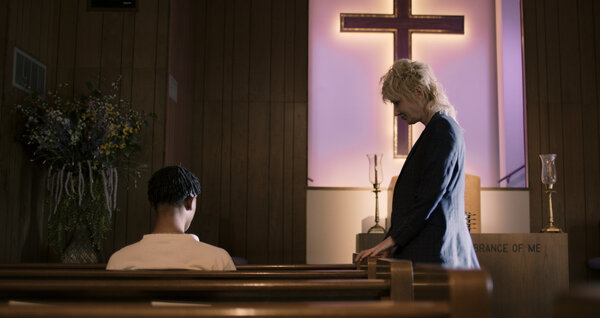 When you purchase a ticket for an independently reviewed film through our site, we earn an affiliate commission.

It’s hard to not watch Anne Heche, who died earlier this year at 53, with a sense of wistfulness in “What Remains,” knowing the role is one of her final ones. The feeling is particularly enhanced by the sense that the actress is both the lone bright spot and somehow the most underutilized presence in a film that struggles to know what it wants to be.

Written and directed by Nathan Scoggins, the movie follows Marshall (Cress Williams), a small-town pastor who, much to the chagrin of his teenage son (Marcus Gladney Jr.), attempts to mentor the recently released convict (Kellan Lutz) who killed his wife five years earlier. Heche plays the hardened detective who begins investigating a mysterious death, eventually leading her to Marshall and his son.

Heche, though, outside of a handful of brief scenes of her doing detective work, does not truly get screen time until the third act, when the movie halfheartedly attempts to become a murder thriller, just one facet of the inconsistent and often thinly developed narrative. Even as a Lifetime-esque soap, “What Remains” sputters, lacking any of the sensational twists to allow itself to sink into enjoyable pulp. The film ultimately hopes to position itself above such a story, aiming instead for a meditation on faith and forgiveness, but its writing and direction lacks the emotional substance to produce anything legitimately affecting.

What Remains
Not rated. Running time: 1 hour 40 minutes. In theaters and available to rent or buy on Apple TV, Google Play and other streaming platforms and pay TV operators.