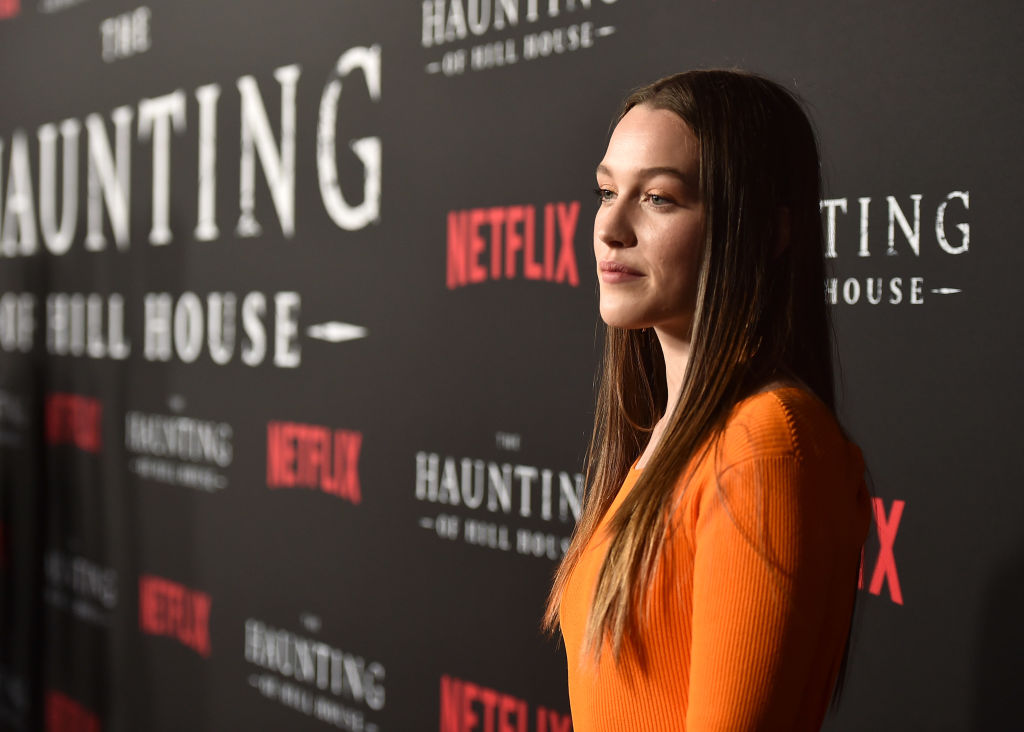 While the first season had a great cast, not all of them are returning for The Haunting of Bly Manor. But a few are, like Pedretti who played Nell before. Oliver Jackson-Cohen, who played her brother on the show, Luke, is also coming back as Peter, a “charming young man.” Henry Thomas and Kate Siegel are coming back too.

The rest of the cast consists of Catherine Parker (who played Poppy the first season) and new members like Rahul Kohli, T’Nia Miller, Amelia Eve, Benjamin Ainsworth and Amelie Smith, according to The Wrap.

Victoria Pedretti is playing a governess in the manor

Pedretti had one of the most dynamic roles in the first season as the young sister, Nell, who was probably the most affected by reoccurring nightmares as a result of Hill House. She ended up dying fairly early in the season and haunting us all as The Bent-Neck Lady. Now, she’s coming back as Dani, the governess to “two very unusual children” according to Entertainment Weekly.

There’s not a lot known about the season or her role, but since it’s based on The Turn of The Screw, there are some things fans can guess. It’s by Henry James and was published in 1898. If this season follows the basis of that novella, Dani is a governess and starts seeing ghosts. Strange things occur, mysteries unravel, and, of course, tragedy strikes. But Flanagan did say he’s keen on diving into more of James’ stories, so it might not be as cut and dry as the original text. Flanagan also knows how much of a talent Pedretti is.

“We’re hanging the season on Victoria Pedretti [playing the governess Dani] and Oliver Jackson-Cohen, and in addition to them, there are going to be other familiar actors from season one,” Flanagan told the site Birth.Movies.Death. “Beyond that, I’ve got quite a few candidates among new faces who I really love, but we haven’t formally cast anybody yet.”

More on ‘The Turn of The Screw’

In addition to the governess seeing apparitions, Flanagan said that the hidden ghosts from last season are definitely going to make a reappearance

“That’s part of the DNA of The Haunting for me—that old-school approach to the ghosts,” he told Birth.Movies.Death. “In particular, we’re having an enormous amount of fun talking about how to take some of the ideas from season one about hidden ghosts and things like that, and find new gears for them this time. It’ll be the same type of story, and we’ll treat the ghosts very much the same way.”

But be warned. This second season is going to far scarier than last time. “It’s a lot more frightening, just on a visceral level,” Flanagan told Entertainment Weekly.

‘The Haunting of Bly Manor’ might come out near Halloween

As for when the show will premiere, the pandemic didn’t stop filming; the second season wrapped in February. Flanagan tweeted, “That’s a wrap on THE HAUNTING OF BLY MANOR. Congratulations to the cast and crew, the familiar faces and the new, and congratulations to the filmmakers who came on board to make this season their own.”

And while you might miss The Haunting of Hill House because this new season is going to focus on a different topic, Flanagan said that there’s some nice tie-ins.

“There’s not a narrative connection, but there are little Easter eggs, for sure, not only in small details but in moments of dialogue and in some of the ideas from Hill House,” he told Entertainment Weekly in November. “There are definitely going to be things that will set off that little dopamine rush that those kind of connections create. But it’s not a direct connection from a story point of view.”