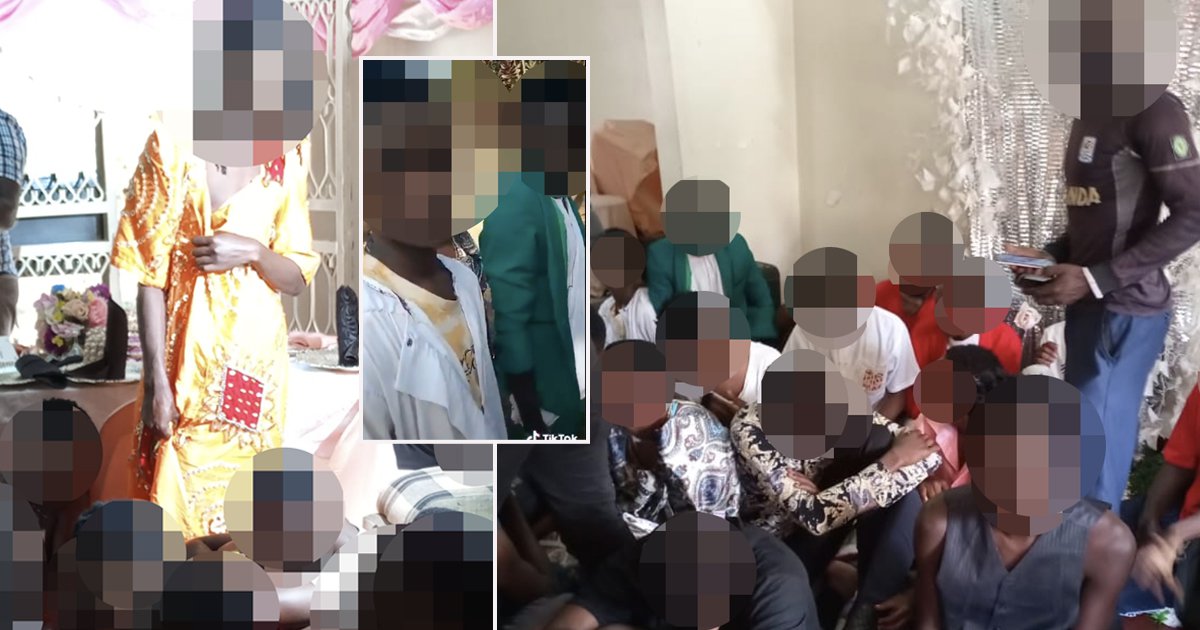 More than 40 people have been arrested at a gay wedding in Uganda and accused of ‘spreading infectious disease’.

The wedding was raided by police who took pictures of their faces to ‘expose them’ in the media, activists have said.

Gay sex is punishable by life in prison in the East African country, where it’s feared Covid restrictions are being used to persecute the LGBT+ community.

A police spokesperson told local media that they had received a ‘tip off about a group of men suspected to be homosexuals conducting a wedding’ in the capital city, Kampala.

The spokesperson added: ‘Immediately a team of police officers proceeded to the scene and a group of 38 adult males and six females were found conducting a ceremony at around 1pm that looked to be a wedding.

‘All the men had make-up and some were dressed as females in dresses and wigs.’

He said used condoms were found at the scene and he accused the ‘suspects’ of not wearing face masks or observing social distancing.

A spokesperson for Uganda’s Criminal Investigations Divisions later said the group would be charged for ‘doing a negligent act likely to spread an infectious disease’.

The plight of the wedding guests is being highlighted by activists online, who are raising money to pay for their medical bills and court costs.

One gay rights researcher said their colleague was at the wedding but managed to escape.

They wrote: ‘He is now in the hospital as he injured his leg while fleeing from the police.

‘Many others are stuck in the police cell where they are humiliated by Ugandan police officers.

‘We need money to bail them out, but that will only be the start of the difficulties that will follow.

‘These people were exposed in the national media, meaning that they will probably lose their jobs and support of friends and families, if they still had them.’

The researcher said LGBT+ people are often arrested after being accused of breaching social distancing measures and other Covid restrictions.

‘The global pandemic has served as the perfect excuse for the Ugandan government to violate queer rights and human rights in general,’ they added.

Uganda was widely criticised in 2014 for introducing anti-homosexual laws which initially aimed to make gay sex punishable by the death penalty.

The country’s long-standing President, Yoweri Museveni, is known for extreme homophobic views and has previously hit out at oral sex.

For more stories like this, check our news page.