Another 15 NHS heroes die in the battle against coronavirus including a mother who’s nurse partner is also battling for his life – with fears their son, 7, could lose both parents

Among them was NHS hospital manager Julianne Cadby, 49, who died just days after losing her mother Joan, 84, to the virus. Her husband Chris, 43, was battling for his life on a ventilator on Saturday night, amid fears the couple’s only child Evan, seven, could lose both parents.

A hospital became the first in Britain to lose two nurses to the pandemic on Saturday. Wilma Banaag, 63, died two weeks after the Mail on Sunday revealed 23-year-old John Alagos had collapsed at home with a temperature.

Both died at Watford General hospital after treating Covid-19 patients. Mrs Banaag, a mother-of-three, came to the UK from the Philippines in 2001 and had worked on the croxley Ward for 11 years. 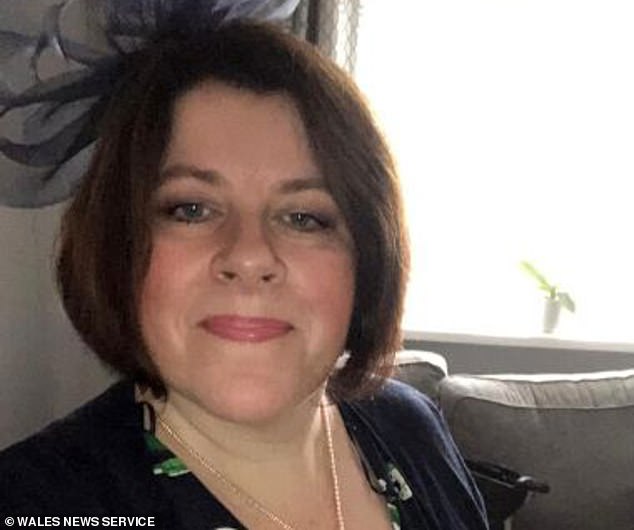 Julianne Cadby, 49, died just days after losing her mother Joan, 84, to the virus. Her husband Chris, 43, was battling for his life on a ventilator on Saturday night, amid fears the couple’s only child Evan, seven, could lose both parents 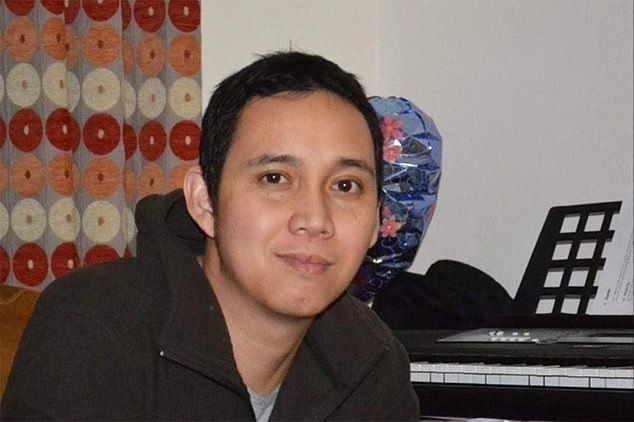 Gilbert Barnedo, 48, died of Covid-19. He was already suffering from multiple sclerosis, but still managed to work as a nurse. Originally from the Phillipines, he leaves behind a wife and two young daughters 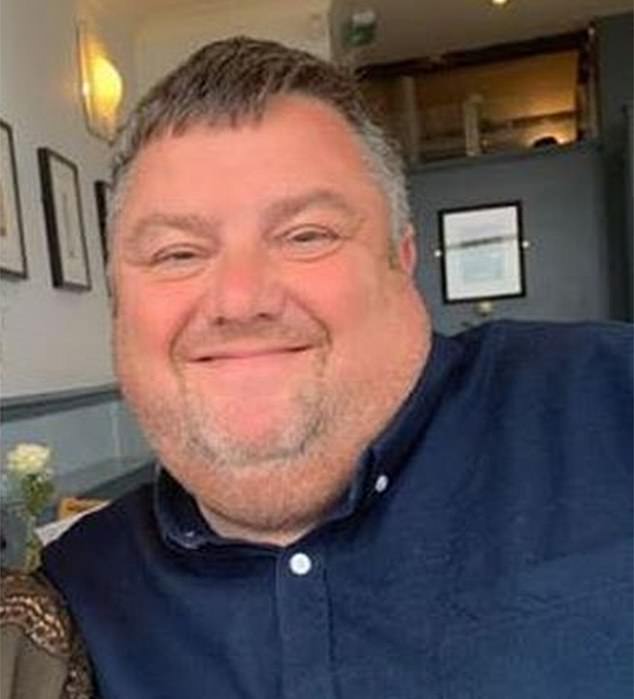 Steven Pearson, 51, of Cramlington, Northumberland, died within days of showing coronavirus symptoms. HE was a mental health staff nurse working on the front line in Cumbria

A charismatic kind and thoughtful’ Detective constable has become the first serving police officer to die from coronavirus.

Father-of-three John Coker, 53, from London, had worked for the British transport Police for more than ten years and was based at Euston station.

He was taken ill on march 22 with symptoms of the killer bug. After his health deteriorated, he was taken to hospital and transferred to an intensive care unit where he died on Friday night.

British transport Police chief constable Paul Crowther said: ‘my thoughts are with John’s family, for whom the last three weeks have been incredibly difficult and who will be struggling to deal with this most distressing outcome.

‘Local colleagues have been in constant contact with John’s wife and will pass on the heartfelt condolences of us all.

‘My thoughts are also with the many officers and staff who worked alongside John, as we each come to terms with this truly awful news.

‘His colleagues remember a man who was charismatic, kind and thoughtful and took everything in his stride. he will be greatly missed by all in the force.’

Husband Kuya Jun, from Watford, said: ‘she was very caring and compassionate.’

Nurse Gilbert Barnedo became the 14th Filipino health worker to lose his battle with the virus.

The 48-year-old was rushed to hospital with pneumonia last Saturday and died. mr Barnedo, from Hammersmith, West London, suffered with multiple sclerosis but continued to work on the frontline. his family were ‘devastated’.

Meanwhile, Gaily Catalla who worked in the NHS as a nurse for 38 years also died of suspected corona-virus symptoms.

Friend Mary Arimas said: ‘she was a fierce front-liner who fought until the very end.’

Dr Rajesh Kalraiya, 69, a consultant paediatrician who lived in York and worked in the NHS for 40 years, became the latest doctor to die.

Dr Kalraiya was working as a locum in Romford, Essex, when he fell ill and was rushed to the town’s Queen’s hospital and died on Thursday.

Dr Mamoona Rana, 46, from Buckhurst hill, Essex, a trainee psychiatrist at the same NHS trust, also succumbed to the virus. The trust paid tribute to both ‘professional and committed doctors’.

Her mother, Ayse Mehmet, described her as ‘a most beautiful angel’. 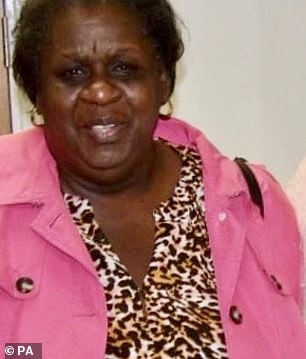 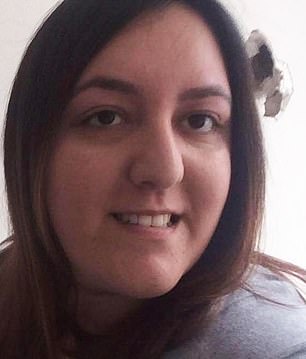 Marcia Pryce, 61, who worked in GMPOs Force Intelligence Bureau, sadly passed away on 2 April after a battle with coronavirus 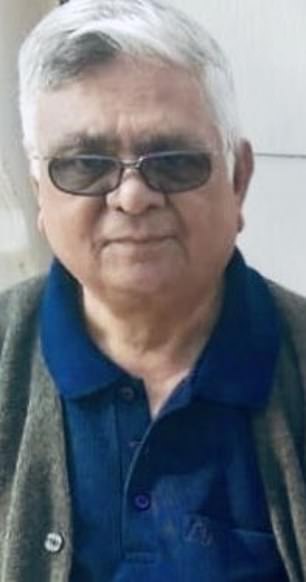 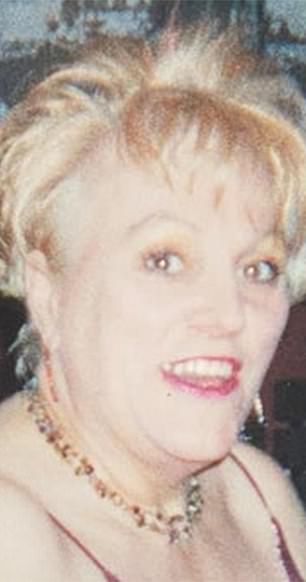 Dr Rajesh Kalraiya, a consultant paediatrician, was working as a locum in Romford, Essex, when he fell ill and was rushed to the town’s Queen’s hospital and died on Thursday 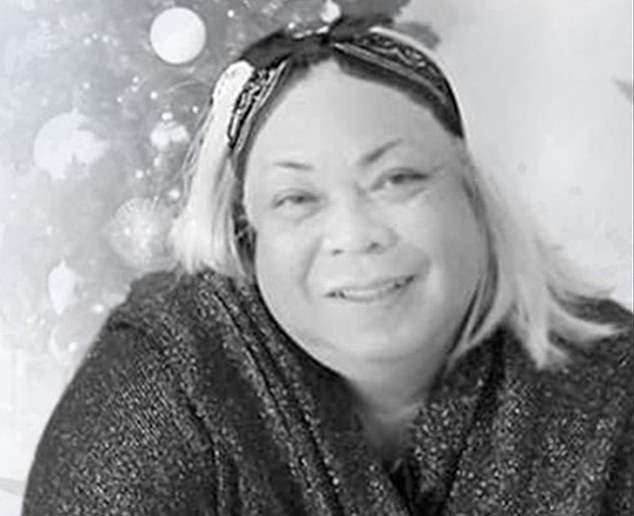 Gordon Ballard, from East London, a paramedic for 42 years, died of the virus on Thursday.

A London Ambulance spokesman said: ‘he will be greatly missed.’ And it was revealed Marcia Pryce, 61, from Greater Manchester Police, died on April 2. She had been with the force for two decades.