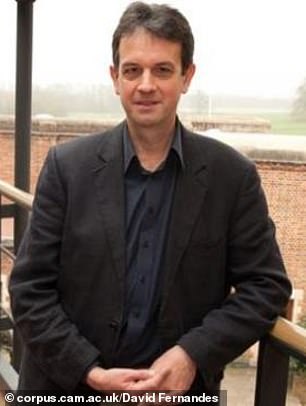 The BBC boss behind the ‘creative’ decision to censor Rule Britannia and Land of Hope and Glory at Last Night of the Proms previously said he didn’t want the concert to be a ‘political platform’.

David Pickard became director of the BBC Proms in 2015 after holding various prestigious roles in classical music – including as general director of opera house Glyndebourne.

Upon his appointment, he said he wanted to bring ‘world-class classical music to the widest possible audience’ and was praised for his ability to introduce new listeners to the genre.

Now, the London-born Cambridge graduate is at the centre of controversy surrounding the BBC’s decision to drop the singing of patriotic anthems at this year’s concert after critics dubbed them ‘racist’.

In 2019, Mr Pickard told The Daily Telegraph he didn’t want the Proms to be a ‘political platform’ after remainers gave out EU flags to audience members before the event the year prior.

His hopes were dashed, however, when the 2019 concert was also hijacked by flag-bearing anti-Brexit campaigners. 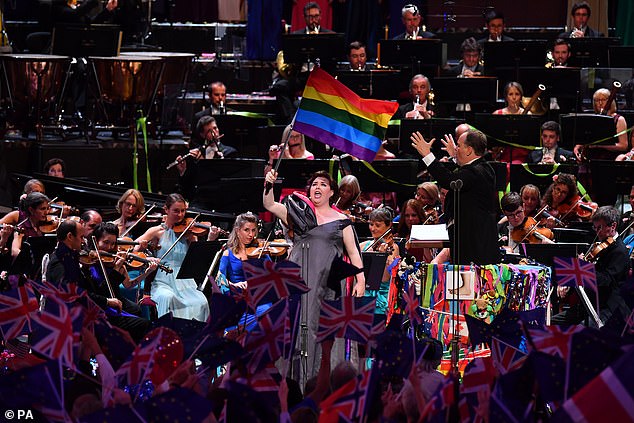 Jamie Barton waving the the rainbow flag at the Last Night of the Proms at the Royal Albert Hall, London last year, while singing Rule Britannia

Rule, Britannia originates from the poem of the same name by Scottish poet and playwright James Thomson, and was set to music by English composer Thomas Arne in 1740.

It gained popularity in the UK after it was first played in London in 1745 and became symbolic of the British Empire, most closely associated with the British Navy.

The song has been used as part of a number of compositions, including Wagner’s concert overture in D Major in 1837 and Beethoven’s orchestral work, Wellington’s Victory.

The song has been an integral part of the annual Remembrance Day ceremony since 1930, when it became the first song played in the programme known as The Traditional Music.

It regained popularity at the end of WWII in 1945 after it was played at the ceremonial surrender of the Japanese imperial army in Singapore.

Rule, Britannia is usually played annually during at the BBC’s Last Night of the Proms.

Left-wing critics claimed its inclusion has promoted controversy in recent years as it was deemed too patriotic.

The song ‘Land of Hope and Glory’ is based on the trio theme from Elgar’s Pomp And Circumstance March No. 1, which was originally premiered in 1901.

It caught the attention of King Edward VII after it became the only piece in the history of the Proms to receive a double encore.

King Edward suggested that this trio would make a good song, and so Elgar worked it into the last section of his Coronation Ode, to be performed at King Edward’s coronation.

This years audience-free event has again been marred by politics after Boris Johnson waded into the anthems row, condemning the BBC for ‘wetness’ over its decision to drop the singing.

The national broadcaster initially considered dropping the patriotic songs after criticism of their supposed links to slavery and colonialism, but after a huge row bosses rowed back and announced they would be played instead, but not sung.

They claim that the lack of an audience to sing along is behind the ‘creative’ decision.

BBC director-general Lord Hall – who is due to step down in September – said he backed the decision.

Asked whether there had been a discussion about dropping songs because of their association with Britain’s imperial history, Lord Hall said: ‘The whole thing has been discussed by David (Pickard) and his colleagues of course it has.’

When Mr Pickard took over as director in 2015, controller of BBC Radio 3 Alan Davey told Cambridge’s Corpus Christi College – Mr Pickard’s alumnus – that the piano player would ‘bring a whole host of fresh ideas’ to the concert.

Mr Pickard said: ‘Like so many people, my interest in classical music was inspired by visits to the Proms as a teenager and it has been my privilege to play a role as a contributor for the past 20 years, firstly with the Orchestra of the Age of Enlightenment and more recently with the annual Glyndebourne Prom.

‘I look forward now to building on the founding principles of the Proms – to bring world-class classical music to the widest possible audience.’

His groundbreaking initiatives included a ‘Proms at …’ series which looked at music in unusual spaces – including a multi-storey car park in London.

Speaking his aims prior to the 2017 proms, Mr Pickard said: ‘It is 122 years since the first season of “Henry Wood Promenade Concerts” and 90 years since the BBC took over responsibility for the festival.

‘The world has changed considerably since 1895, but the BBC Proms continues to uphold the same founding principles of those very first concerts: to bring the best of classical music to the widest possible audiences.’

A BBC spokesperson said: ‘For the avoidance of any doubt, these songs will be sung next year. We obviously share the disappointment of everyone that the Proms will have to be different but believe this is the best solution in the circumstances and look forward to their traditional return next year.’ 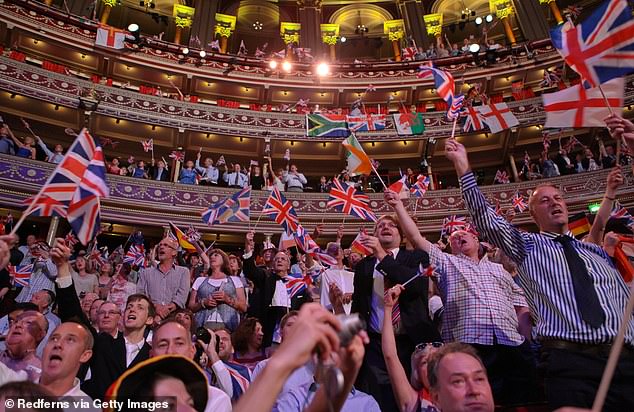 So what songs WILL be sung at the proms? The words to Jerusalem and You’ll Never Walk Alone

And did those feet in ancient time,

And was the holy lamb of god

And did the countenance divine,

Shine forth upon our clouded hills?

And was Jerusalem builded here

Among these dark satanic mills?

Bring me my bow of burning gold!

Bring me my arrows of desire!

Bring me my chariot of fire!

I will not cease from mental fight,

Nor shall my sword sleep in my hand

Til we have built Jerusalem

In England’s green and pleasant land

When you walk through a storm

Hold your head up high

And don’t be afraid of the dark

At the end of a storm

And the sweet silver song of a lark

Walk on through the wind

Walk on through the rain

Though your dreams be tossed and blown

Walk on, walk on

With hope in your heart

Walk on, walk on

With hope in your heart