BORIS Johnson is battling to stay in No10 after his grovelling apology for a lockdown-breaking party was panned by Tory MPs and bereaved families.

The Prime Minister finally confessed to attending the boozy May 2020 bash in the Downing Street garden at the start of a brutal Commons showdown yesterday. 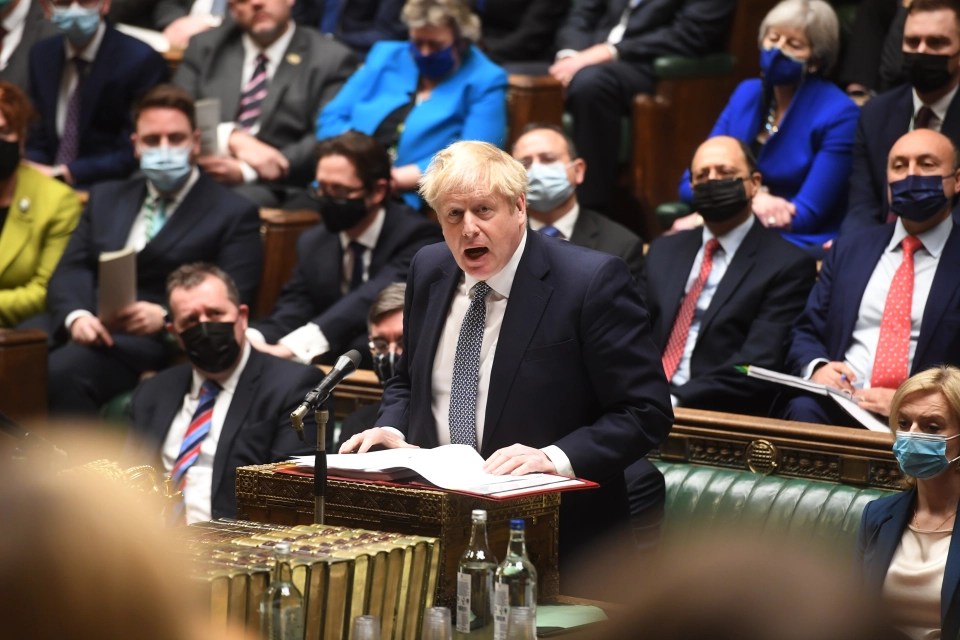 He said he believed the sunshine knees-up was “a work event” and spent 25 minutes there to thank pandemic-weary staff.

However Mr Johnson remains in deep peril after his own MPs, lawyers and voters savaged his excuses.

Senior Tory MPs broke cover to demand he quit, as others claimed the PM’s insistence he had not broken the rules made matters worse and “will not wash” with the public.

Last night the leader of the Scottish Conservatives, Douglas Ross, said the PM must go, while at least three MPs put in letters demanding a no-confidence vote.

The Cabinet launched a public show of support, but privately two ministers admitted to The Sun their leader could be “toast”.

Issuing a “heartfelt” statement to a baying Commons, Mr Johnson said yesterday: “I certainly wish that things would have happened differently on the evening of May 20, and I apologise for all the misjudgements that have been made, for which I take full responsibility.”

He claimed he was only there to “thank groups of staff before going back into my office 25 minutes later to continue working”. He added: “I believed implicitly that this was a work event.”

Details of the “bring your own booze” event had been leaked, sparking a wave of public fury.

The PM said: “With hindsight, I should have sent everyone back inside and found some other way to thank them.”

His carefully worded statement went on: “I should have recognised that, even if it did fall within guidance, there would be millions of people who would simply not see it that way.

“I want to apologise. I know that millions of people across this country have made extraordinary sacrifices over the last 18 months. I know the anguish that they have been through, unable to mourn their relatives, unable to live their lives as they want, to do the things they love.”

He added: “I regret the way the event I have described was handled. I bitterly regret it.”

However he was mocked by Labour leader Sir Keir Starmer as a “pathetic spectacle of a man who’s run out of road”. The Opposition chief repeatedly asked him to resign.

He said: “His defence that he didn’t realise he was at a party is so ridiculous it is actually offensive to the British people. Is he now going to do the decent thing and resign?”

Chancellor Rishi Sunak dodged the apology to visit Ilfracombe in Devon. He posted he was “excited” to be there with local MP Selaine Saxby. 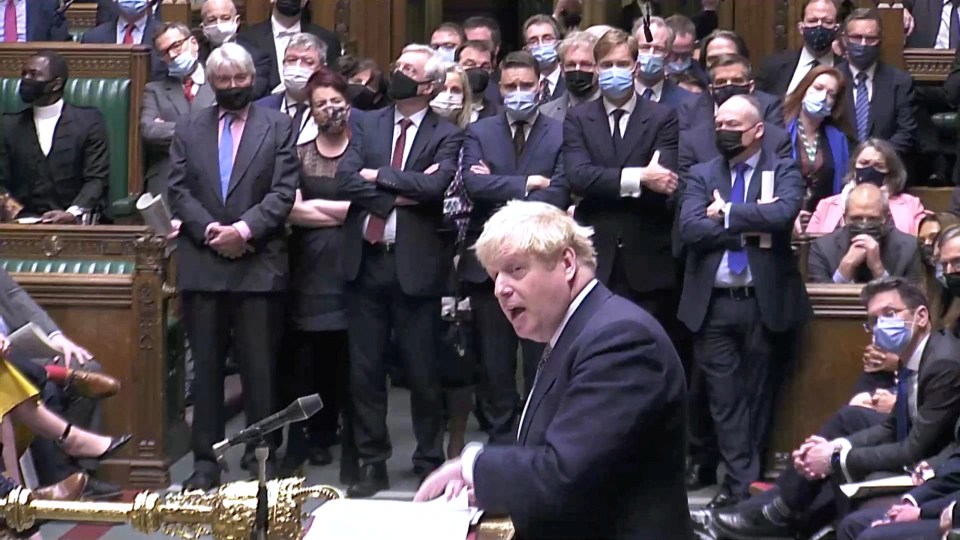 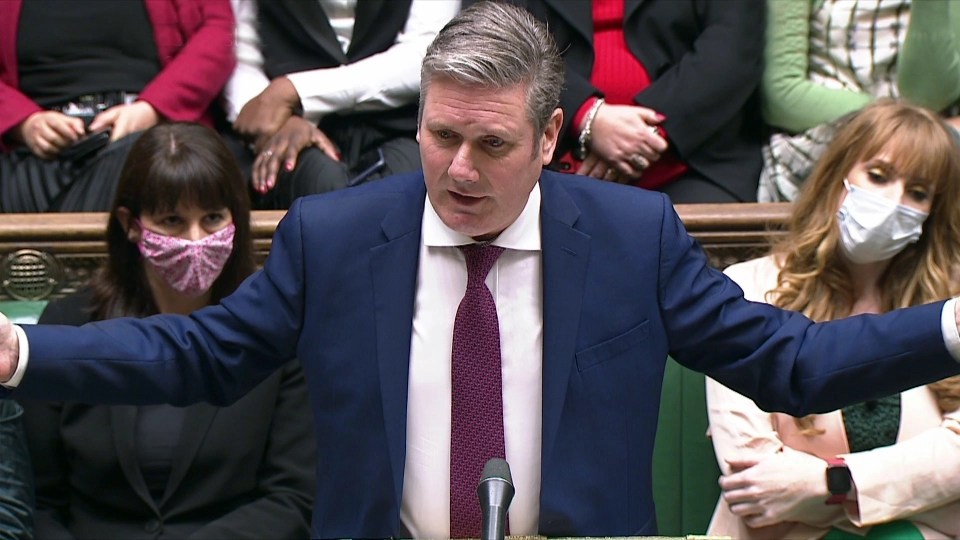 Mr Johnson will now spend an agonising weekend awaiting the results of an investigation by Whitehall sleaze-buster Sue Gray.

He had spent almost 48 hours trying to avoid discussing the leaked party invite that has rocked Westminster, insisting he could not comment while the probe was ongoing.

But, amid a wave of mocking memes flooding the internet, one Tory MP said: “He has made things worse with the caveats. It stretches credibility that he walked into the garden and saw everyone drinking and thought, ‘This is not a party’. My constituents are laughing at him.”

As a police officer was spotted knocking on No10’s door, ministers were sent out to hit the airwaves, talk to MPs and tweet their support for the PM.
Jacob Rees-Mogg told Times Radio that he is still the “best person” to lead the country.

He dismissed Tory MPs baying for blood as “always unhappy” critics who harbour long-standing grudges against the PM.

Sajid Javid said he “completely understands” why the public feels “let down” but they should wait for the probe to finish.

Grant Shapps added: “The anger is very visceral and I think the Prime Minister was very contrite and today he apologised and he took full responsibility.”
Nadine Dorries tweeted: “People are hurt and angry at what happened and he has taken full responsibility for that.” 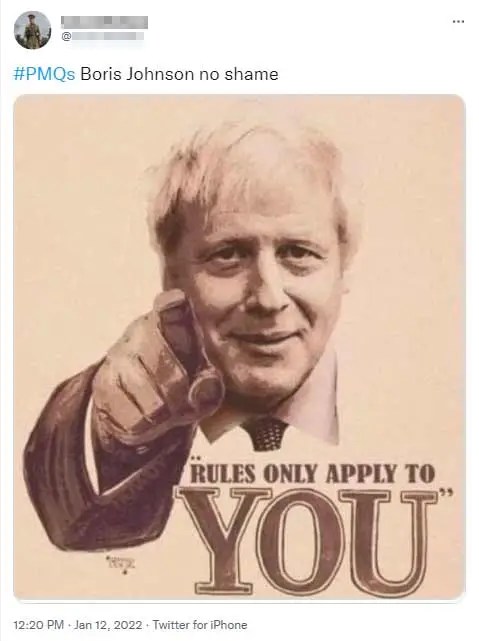 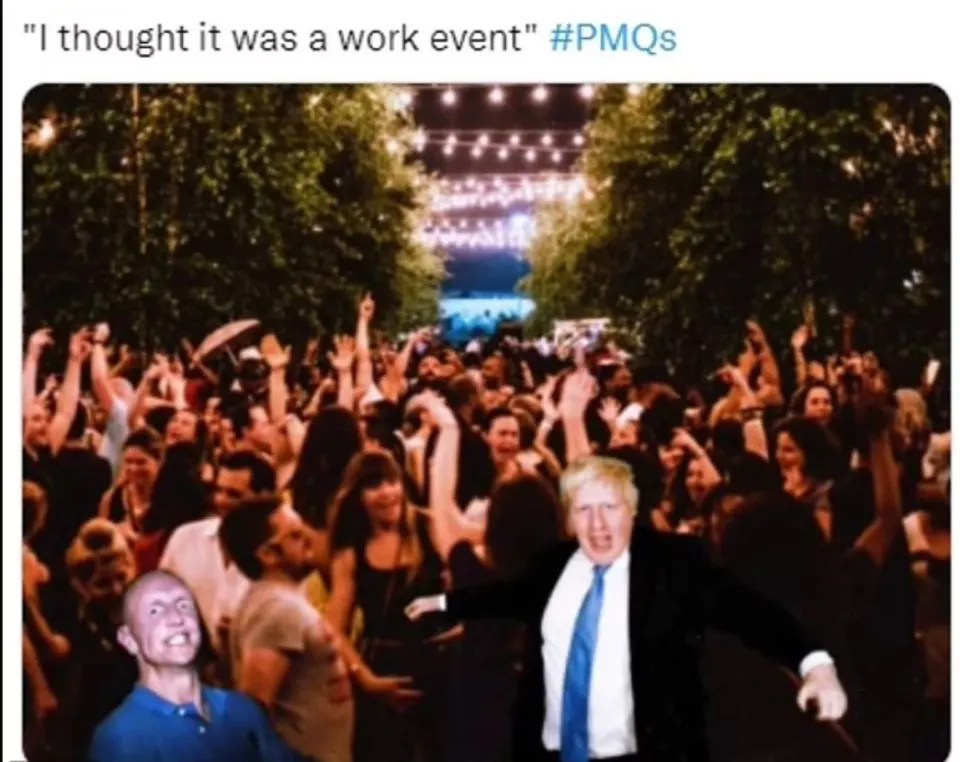 After ten 10 hours of silence, sparking rumours Mr Sunak could make a leadership move, the Chancellor tweeted last night: “The PM was right to apologise and I support his request for patience while Sue Gray carries out her enquiry.”

Michael Gove tried to placate the troops at a meeting of the powerful 1922 Committee of backbenchers. Now was “not the time to get flaky” on the “PM that delivered us our massive majority”, he said.

But as the PM’s team were frantically spinning to keep him in office, more MPs were breaking cover to call for his head. Senior Tory William Wragg, vice-chairman of the 1922 Committee, told BBC Radio 4 his position was “untenable”.

Long-time critic Sir Roger Gale branded the PM a “dead man walking” while Julian Sturdy said his excuses “will not wash with the British public”.

One senior MP likened his apology to “dampening the fire with a water pistol”. They added: “We are all going to get piles of s*** thrown at us over the weekend in our constituencies. I still really like Boris but I feel really disappointed. And lied to.”

Others said the apology may have bought the PM time – but his reputation has been shredded.

They believe he could be gone in days if fresh revelations of lockdown-breaking parties emerge, or if the Gray report is damning. Others said a bad result in May’s local elections will be the final nail in his coffin.

One senior Tory said: “Boris is done now – the only question is when. He lied when the rest of us were making huge sacrifices.

“He will be lucky to survive to fight the local elections in May.”

Another MP asked: “Apart from Brexit what has he done? People thought they were electing someone who would shake things up, but he has done nothing.” 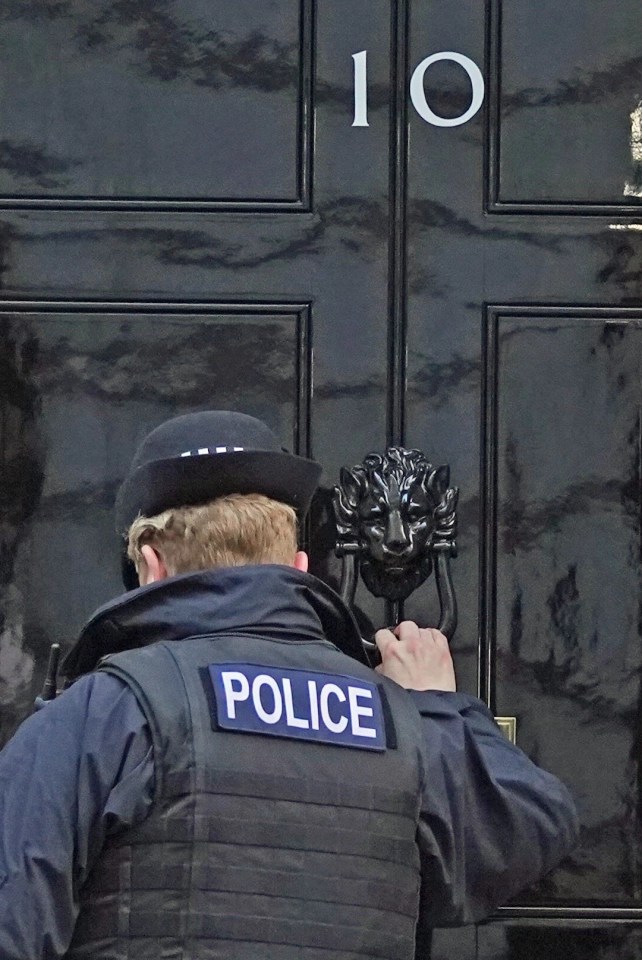 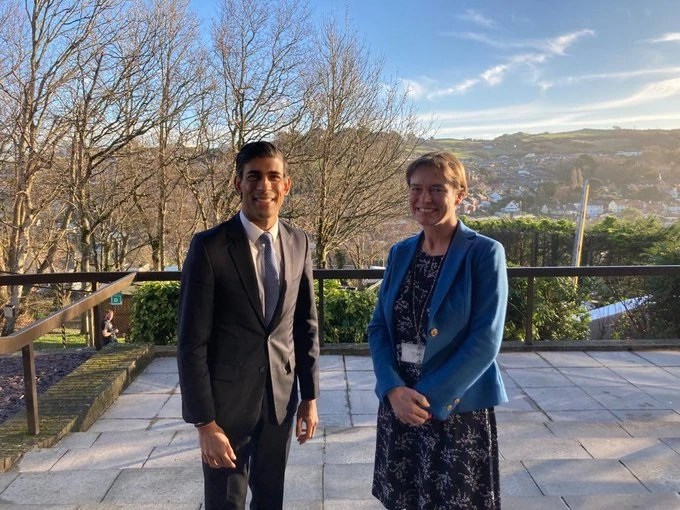