A BRITISH tourist has been arrested in Thailand after allegedly throwing his wife from a seventh-story balcony, claiming to have been "stressed" under the coronavirus lockdown.

Dave Mitchell, 46, barricaded himself into his room after partner Sukanda, 56, fell from the block in the eastern city of Rayong on Tuesday. 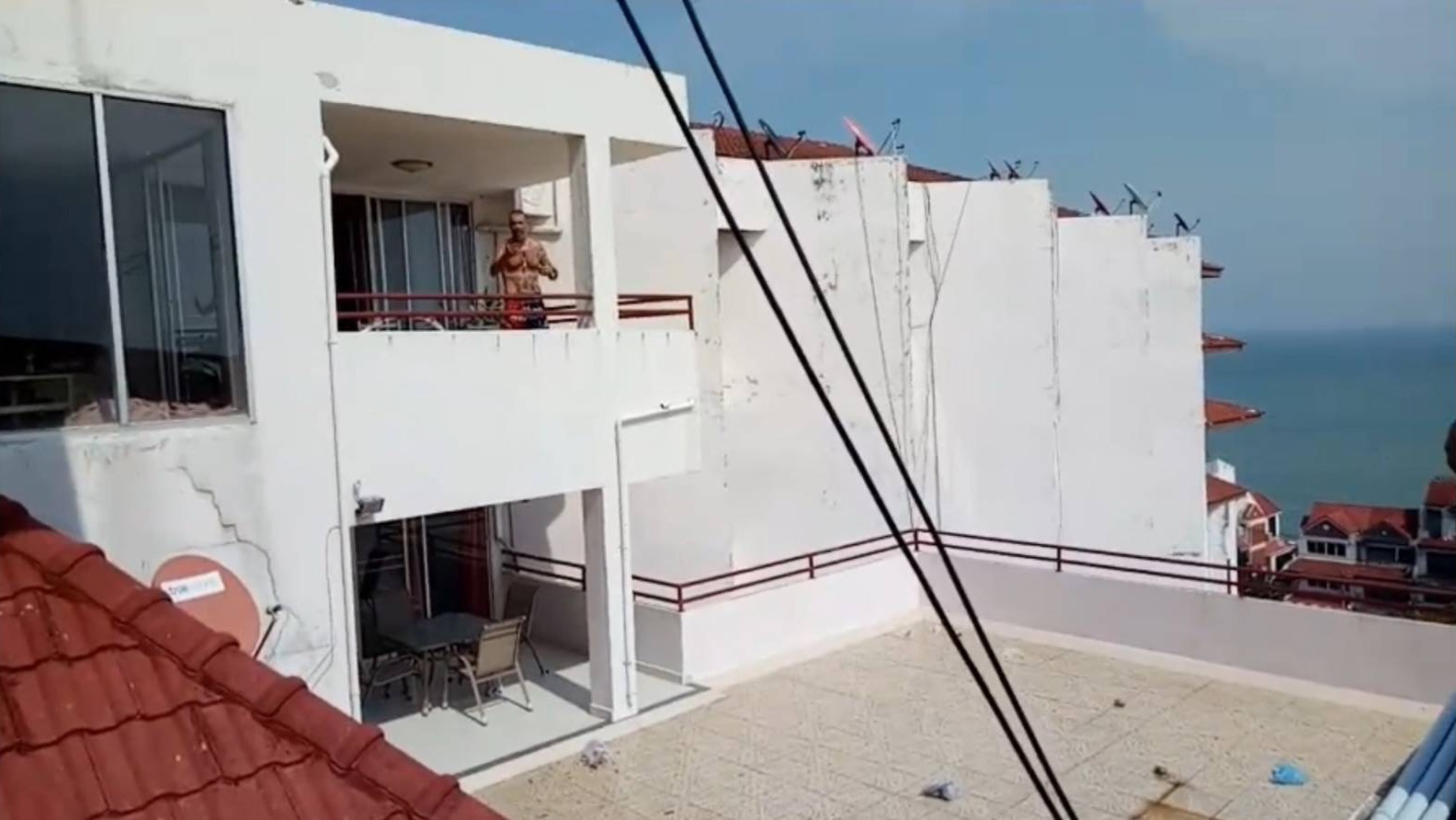 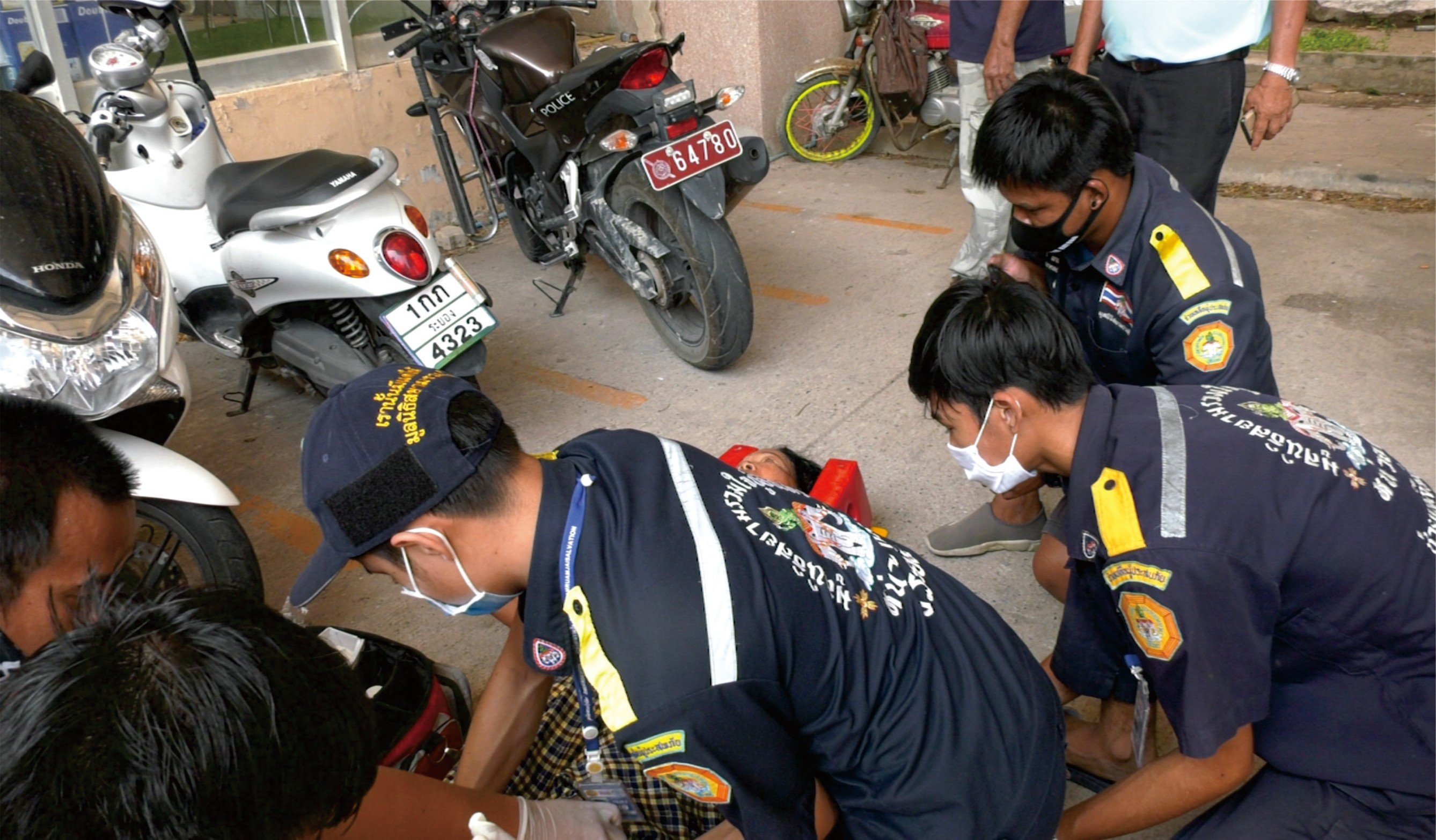 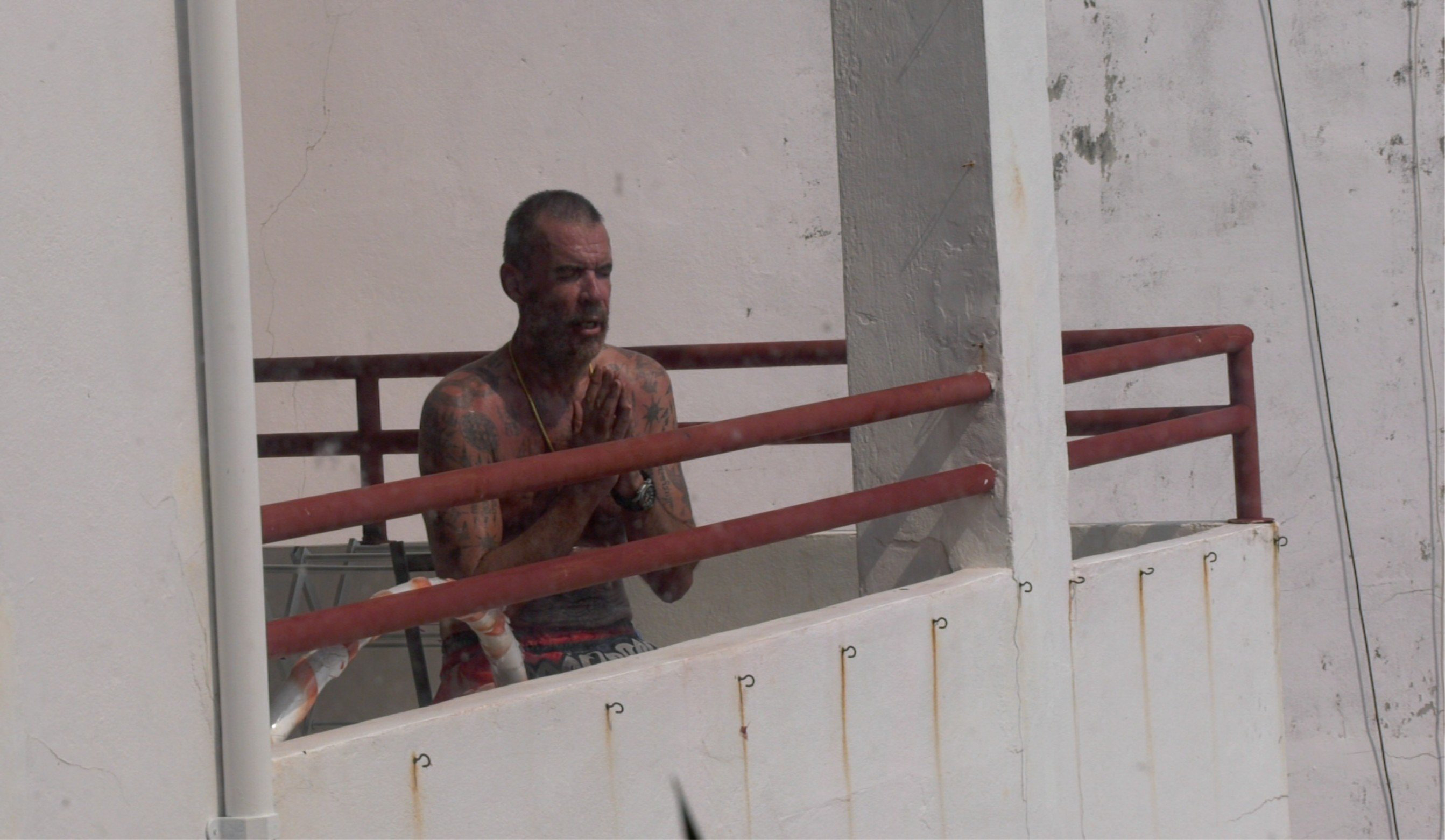 Sukanda is thought to have fallen between one and two stories before landing on a roof below.

She was still conscious when emergency services arrived, telling police that her husband had thrown her over a balcony in the course of an argument.

She was treated at the scene before being put onto a stretcher and rushed to hospital, and was later found to have suffered a fractured hip and dislocated arm.

Thailand remains under a nationwide lockdown, with nighttime curfews and strict domestic travels bans in place, though sporadic flights have been available for Brits in the country to return home.

Governments and charities around the world have warned of the risk of spikes in domestic violence cases under coronavirus lockdowns.

After arriving at the scene, officers spent more than two hours trying to talk Mitchell out of the room.

At points during the negotiation, he went onto the balcony and knelt with his hands together in apparent prayer.

Neighbours eventually helped police force their way into the room and Mitchell was arrested.

Police Major Narongsak Trairat, Deputy Governor of the Ban Chang district police station, said: "The emergency call was made at approximately 2:30pm reporting that a foreigner was quarrelling with his Thai wife.

''The English man said that he started arguing with his wife because he was stressed that he was locked down and could not go back to the country because of the pandemic.

''Police officers detained the suspect at the Ban Chang police station and waited for him to calm himself before investigating and collecting evidence for further proceedings.''

He added that officers were now waiting to speak with Sukanda. 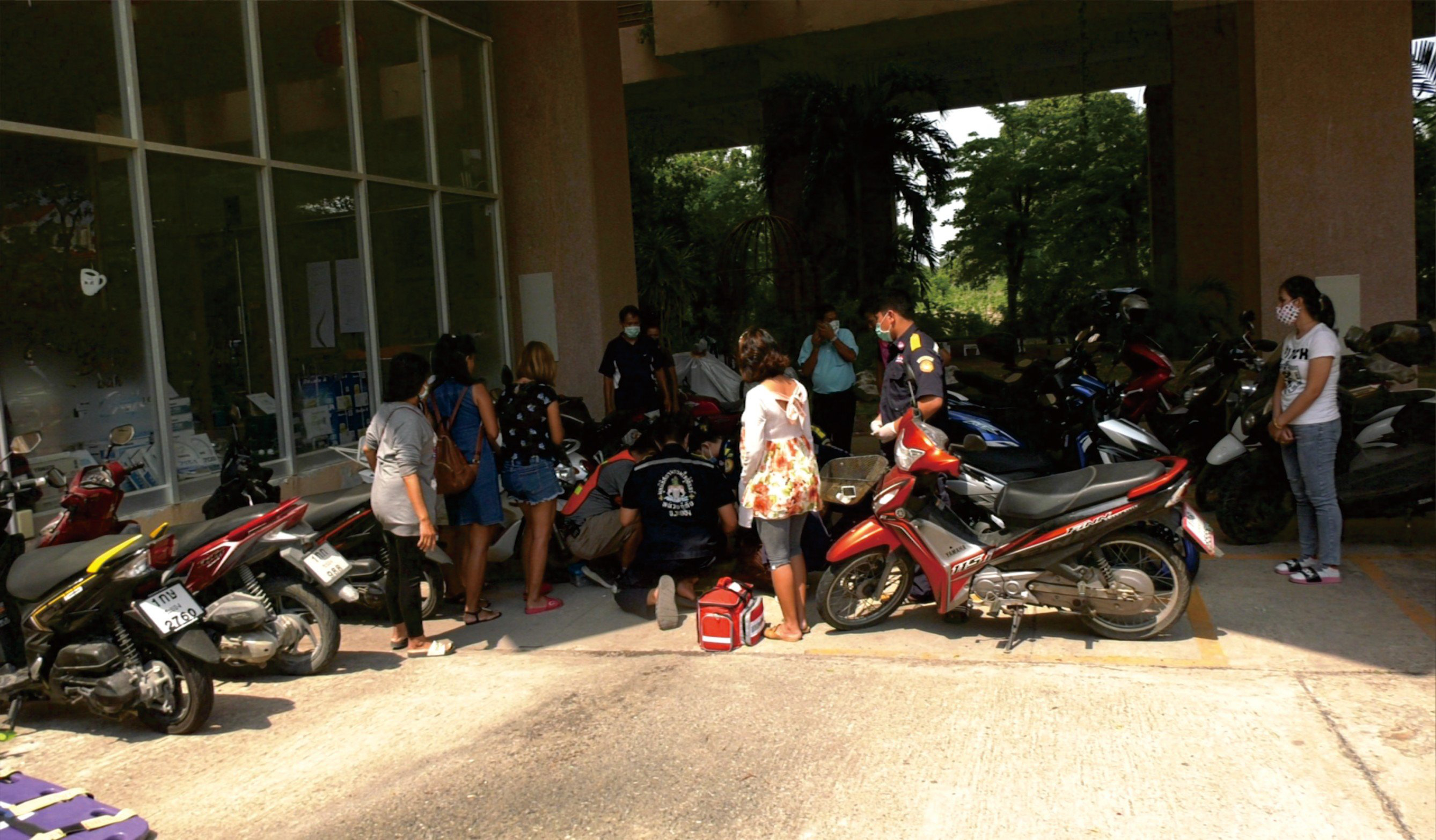 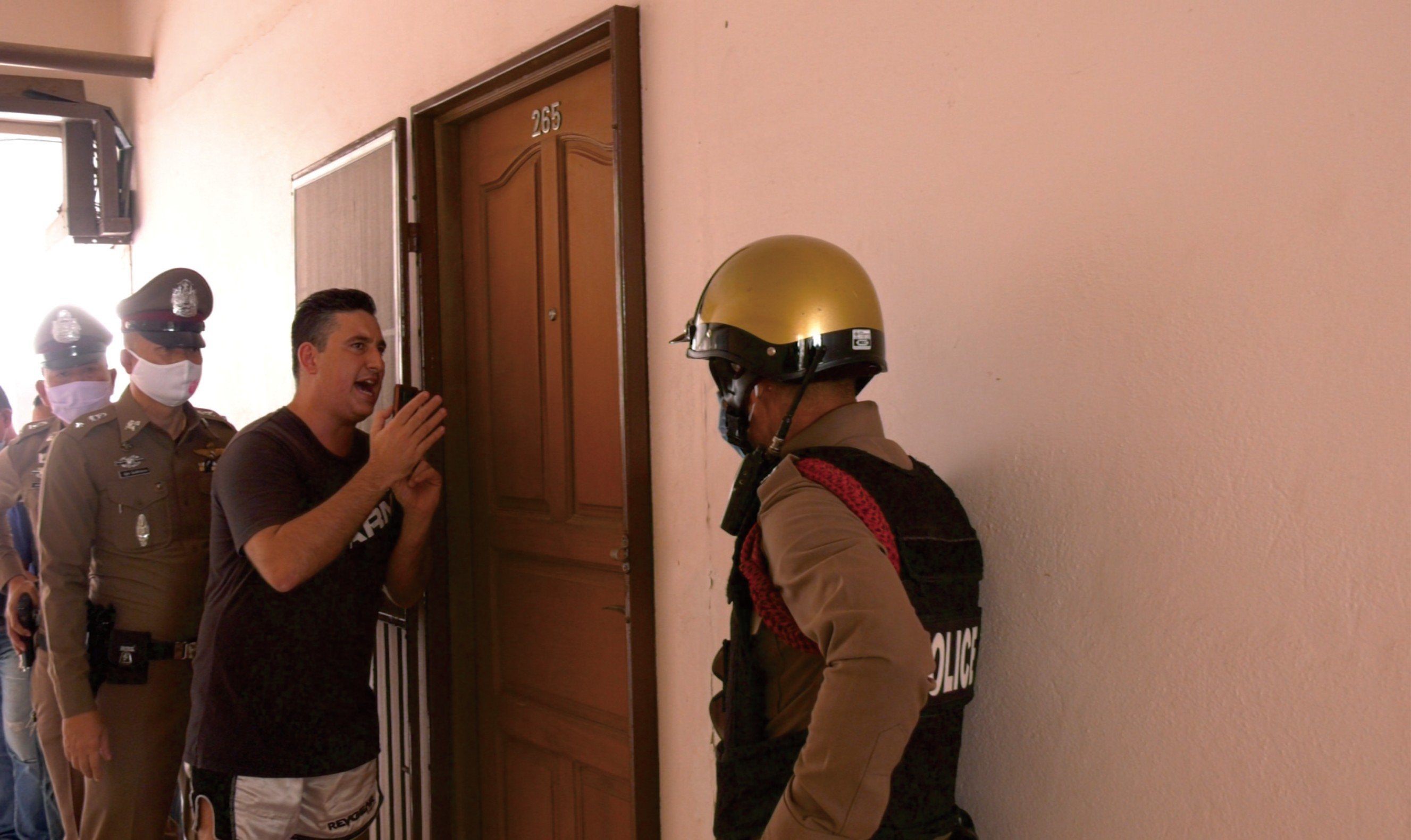 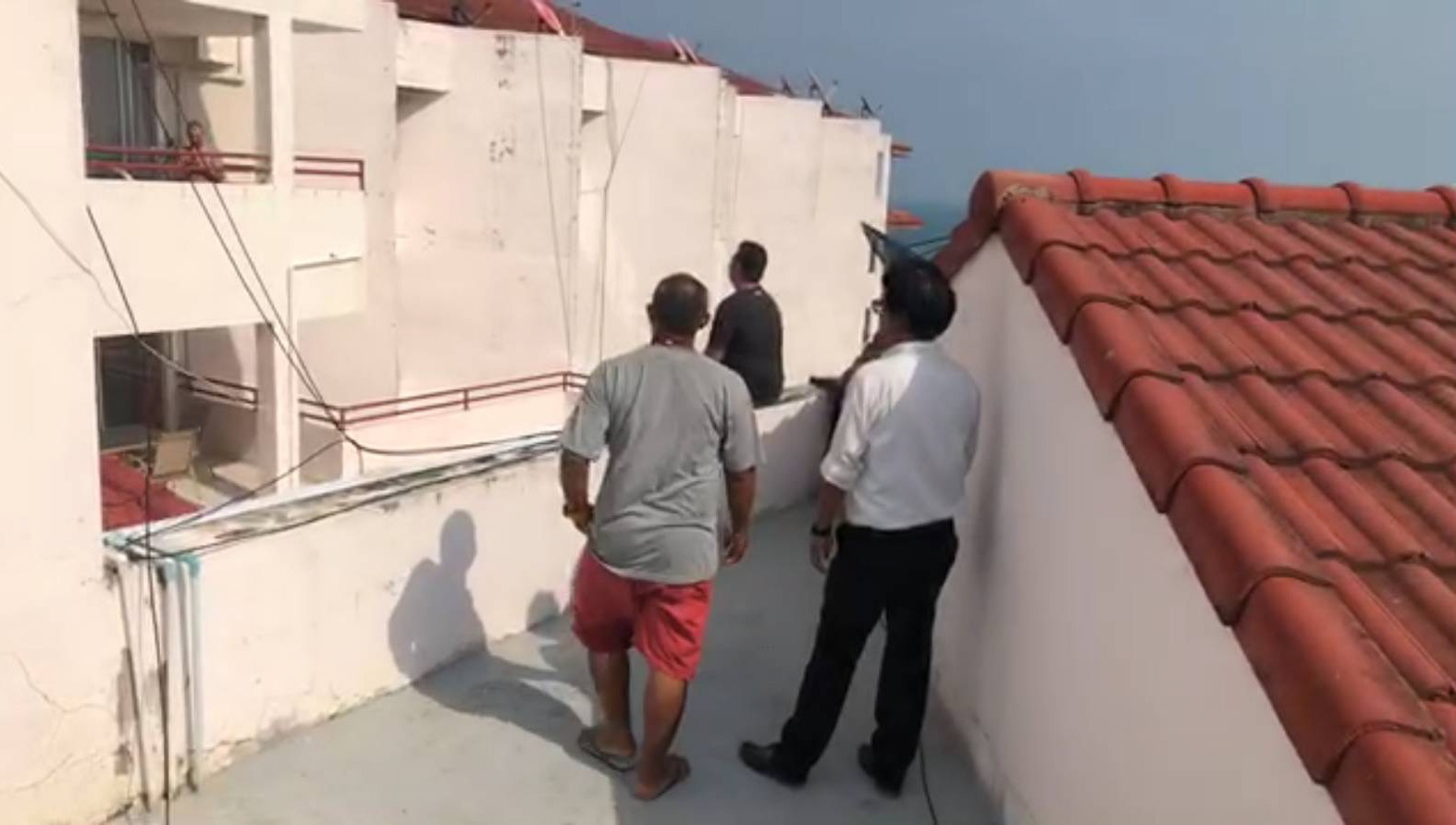