Calls grow to name a Royal Navy ship in honour of Prince Philip as petition calling for a new HMS Duke of Edinburgh gathers 11,000 signatures

Calls to name a Royal Navy warship in honour of Prince Philip are intensifying as Britons pay their respects ahead of his funeral on Saturday.

A petition to name a new military vessel after the late Duke of Edinburgh has rapidly gathered more than 12,000 signatures.

Tory MP James Gray suggested that one of the escort ships for the new Queen Elizabeth aircraft carrier could be named after the Duke.

‘It would be nice to have the escort ship named after the Duke of Edinburgh – quite fitting,’  Mr Gray said.

It comes amid growing calls for Boris Johnson to consider sanctioning a successor to the Royal Yacht Britannia as a memorial to the Duke of Edinburgh.

Politicians and business leaders have called for the construction of the vessel to serve as a sister ship to aircraft carriers Queen Elizabeth and Prince of Wales. 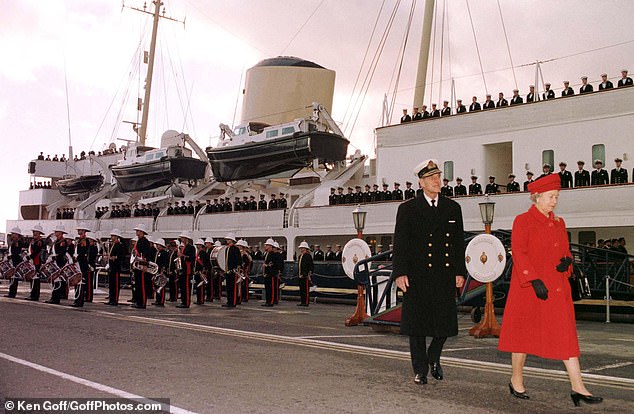 Mr Gray added:  ‘[But] I remain of the view that they were very upset by the loss of the Royal Yacht Britannia, and there is a very real role for Britain plc having a handsome vessel.

‘They would call it the Royal Yacht to give it the status, but it would be a symbol of post-Brexit Britain.’

New Type 26 frigates, built for the United Kingdom’s Royal Navy are due to come into service soon, and Mr Gray believes one of these could be named after Prince Philip.

The eight vessels will replace eight Type 23 frigates, and will undertake warfighting, maritime security and international engagement on the world stage.

Type 26 is the first naval platform shared between Australia, Canada and the United Kingdom since the Tribal-class Destroyer – a class of destroyers built for the Royal Navy, Royal Canadian Navy and Royal Austrailian Navy that saw service during World War Two.

Primarily, they are set to protect the nation’s strategic deterrents and ensure the safety of the new Queen Elizabeth-class aircraft carriers from submarines. 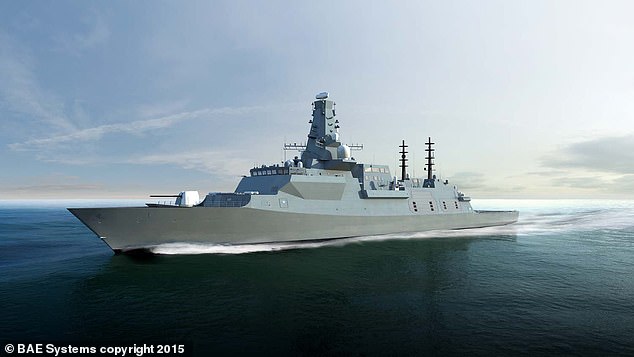 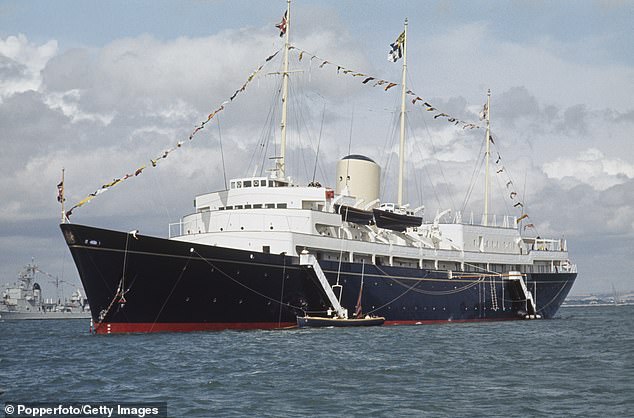 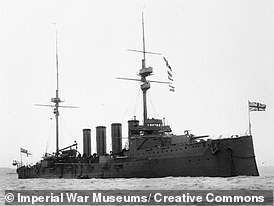 The HMS Duke of Edinburgh

The ship was named after Alfred, Duke of Edinburgh, the fourth child of Queen Victoria and Albert, Prince Consort. He was known as the Duke of Edinburgh from 1866 until he succeeded his uncle as the reigning Duke of Saxe-Coburg and Gotha.

During World War One, the ship was involved in pursuing German battlecruiser Goeben and light cruiser Breslau. She was also at the Red Sea protecting troops from India.

She rejoined the First Cruiser Squadron in December 1914. The squadron was in front of the Grand Fleet in the Battle of Jutland, 1916.

After the battle, she was transferred to the North America and West Indies station for convoy escort duties before being sold for scrap and being broken up at Blyth in Northumberland in 1920.

If a ship is named after Prince Philip, it wouldn’t be the first to bear the name Duke of Edinburgh.

One of two ships, she was stationed in the Mediterranean when World War One broke out, and went on to participate in the Battle of Jutland in May 1916.

The ship was the only vessel of the squadron to survive the battle, and was transferred to the Atlantic Ocean for convoy escorts in 1917, before being sold for scrap in 1920.

A new Royal Yacht could also be considered to carry the Duke of Edinburgh name.

The former Royal Yacht, HMY Britannia, was the much loved vessel of the Royal Family which was in service from 1954 to 1997. It is now a visitor attraction in Edinburgh.

A secret naval design for a £100 million replacement was drawn up by naval staff and approved by representatives of the Royal family, but the Labour Government refused to pay for it.

Writing on the decision to decommission the vessel, Philip said in a 2003 that it ‘signalled the end of an unbroken succession of Royal Yachts dating back to the reign of King Charles II’.

Calls for a replacement have been made several times before, but MPs have said that making the ship as a memorial to the Duke would make it more appropriate.

One Cabinet minister told the Sunday Telegraph that the ship could receive backing if it doubled as hospital ship or a training vessel as well as serving the Royal Family.

They said: ‘Having a symbol of the nation that can travel the world, be used by the Royal family and have another sensible purpose such as helping young people is a better scheme. It could also be a flagship for reinvigorated British shipbuilding.’

They added that an announcement on such a ship, which would cost around £190million, could be tied to the Queen’s diamond jubilee next year.

There have also been calls for Philip to be honoured with a statue in London in recognition of his ‘great personal dedication and support to Her Majesty the Queen’.

A petition on Change.org has already attracted almost 6,000 signatures.