A fan ran onto the field during the Jaguars' touchdown push early in the second quarter, wandering alone in the end zone completely uncovered as Jacksonville's James Robinson stomped his way to a 1-yard touchdown.

James Robinson’s got his 8th rushing TD of the year! #DUUUVAL

Here's an angle from the stands, showing security with a perfect, albeit late, takedown:

Welp, touchdown @Jaguars and a really dumb fan… only in #DUUUVALpic.twitter.com/sWWTzIVVXD

And another angle, showing that the guy was wide open in the flat:

The #Jaguars fan was in the end zone lol pic.twitter.com/Kc9Eu8IDrI

In all seriousness, don't go on the field, but you already knew that. Beyond that, where were the officials on this play? Should it have been blown dead? Ol' Jag-Bro there didn't exactly look like he posed any real threat to anyone on the field, but when you've got one goofball amid 22 fully armored gladiators, there's the potential for grievous bodily injury.

Add this to the growing list of pandemic-era fan idiocy. Though it does bring up the question of which is preferable: watching a Jags game or being a guest of the Duval County correctional system? 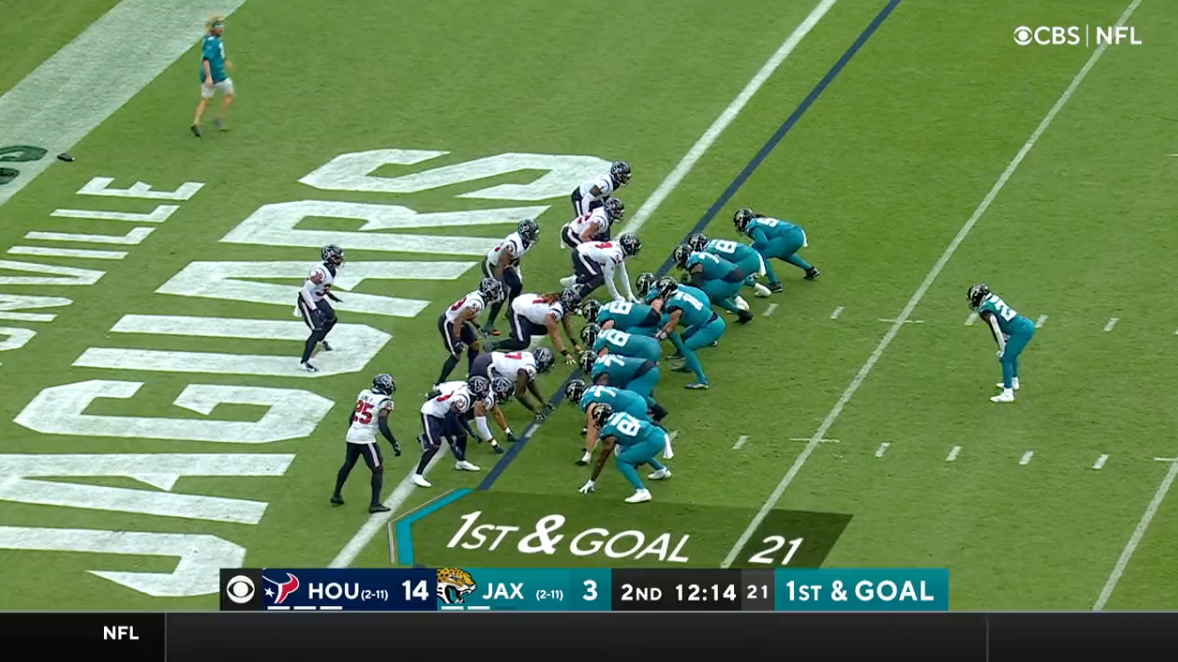