When the grim milestone was passed on Tuesday, Foreign Secretary Dominic Raab called it “a massive tragedy”. 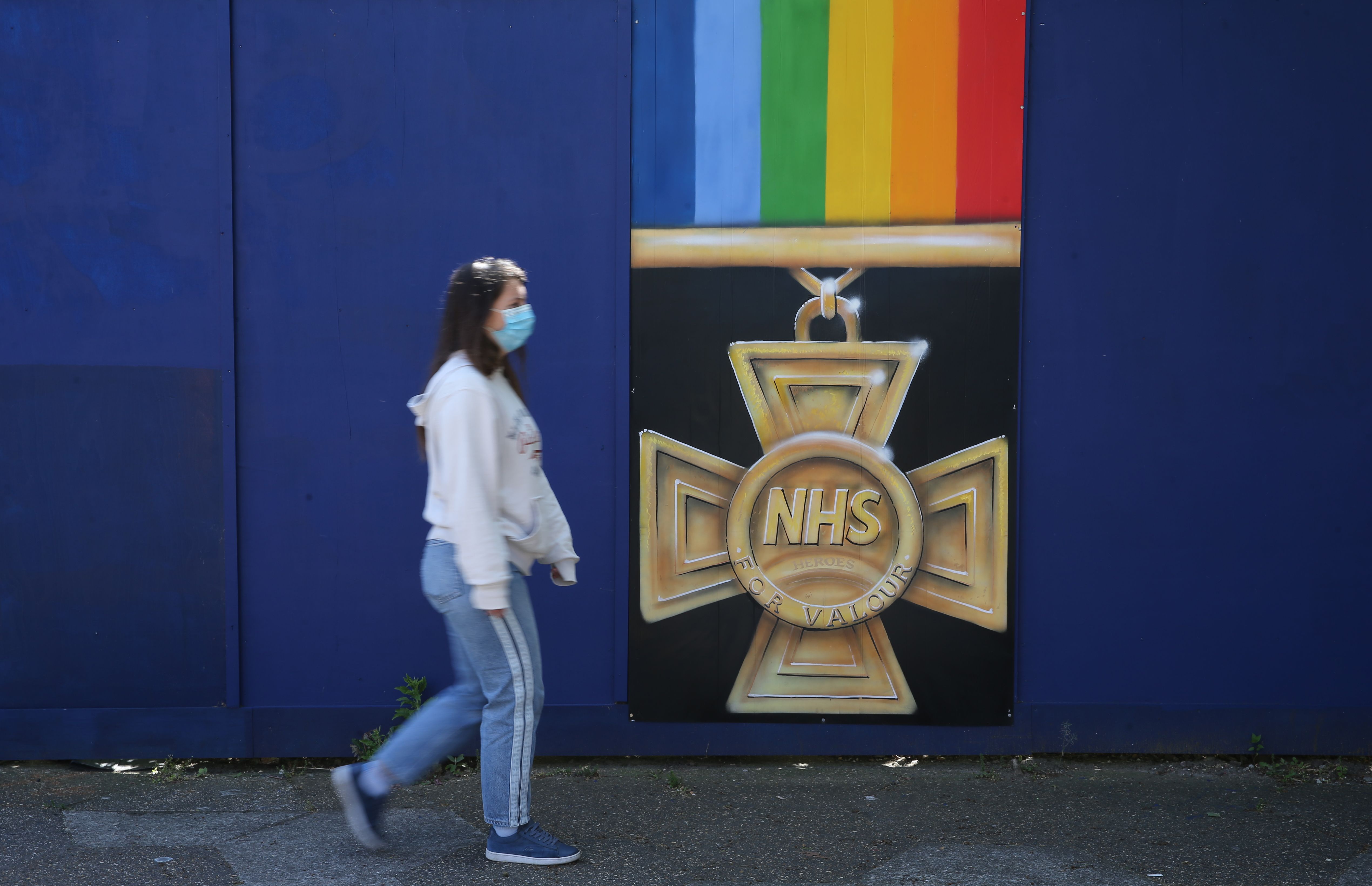 Today the UK recorded a total of 30,076 deaths from coronavirus.

Italy, with the second-highest mortality figure, now has a death toll of 29,684.

So why are there so many British people seemingly succumbing to Covid-19 compared to neighbouring countries?

Here, we examine some of the possible reasons behind the bleak statistics. 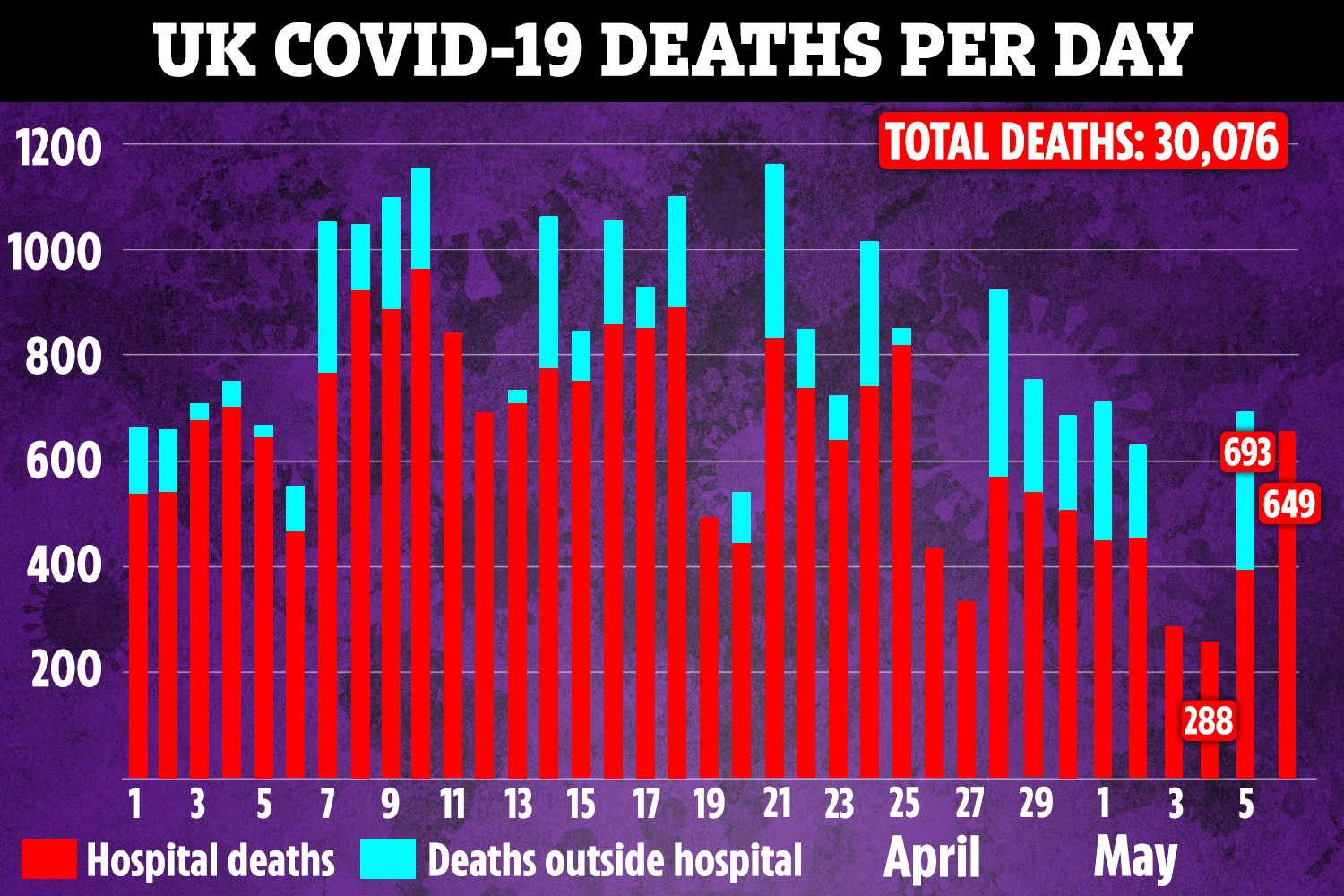 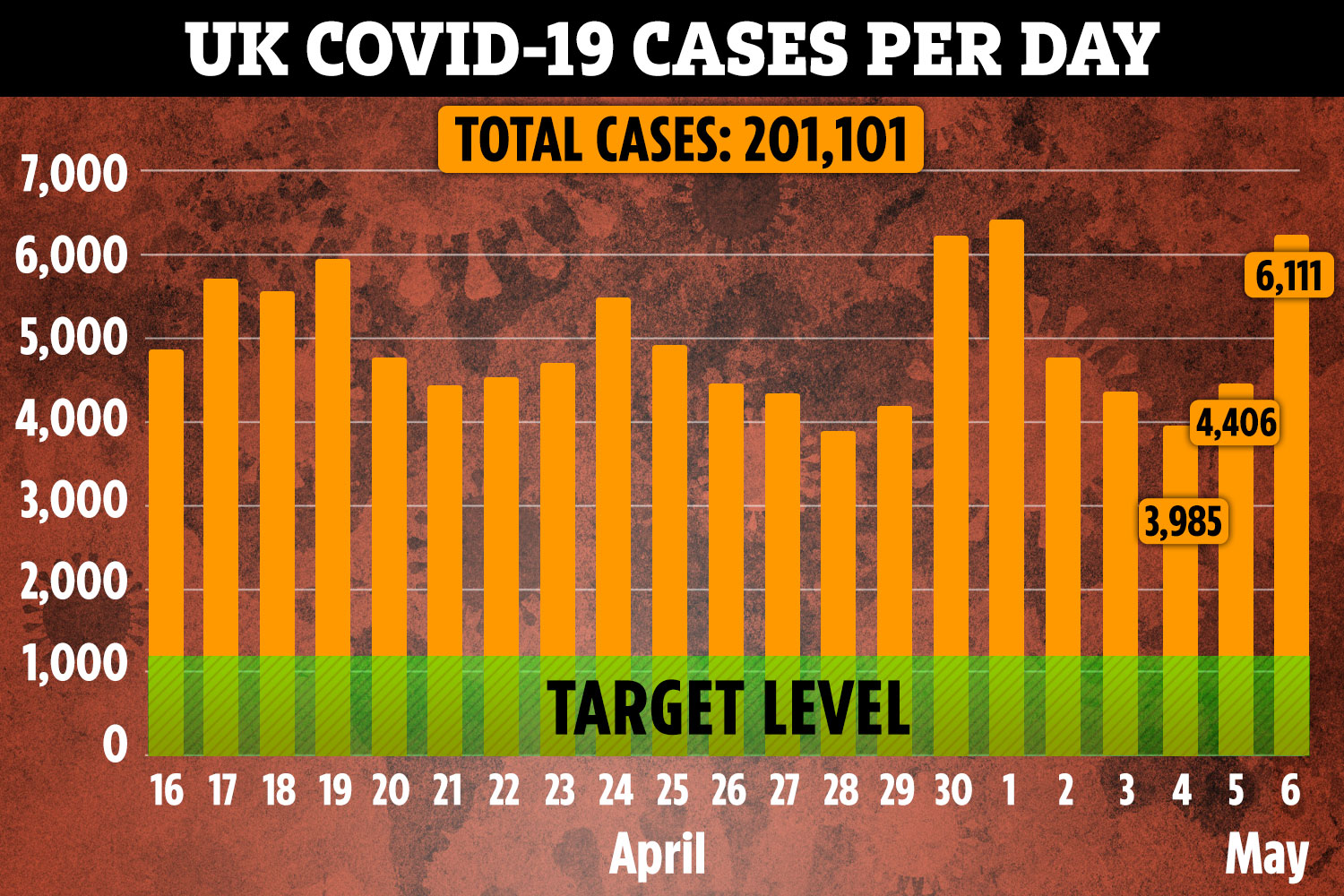 WE are among the most densely populated nations in Europe, with a largely urbanised population.

In France, only one city — Paris — has more than a million people, whereas the UK has four — London, Greater Manchester, Metropolitan Glasgow and Birmingham.

It’s much more difficult to keep your distance in a crowded area, making contracting the virus more likely.

Covid-19 has killed disproportionately more people in our biggest cities while some rural areas have had no deaths.

Some of the poorest boroughs in London, where population density is high, were hardest hit, including Croydon and Brent.

Office for National Statistics figures show coronavirus killed 86 people per 100,000 in the capital, compared with an average of 36 people across England and Wales.

Ireland has a lower rate, but a less dense population — 83 per cent of Britons live in densely populated areas compared to 63 per cent in Ireland.

WE are living longer, but often with underlying health conditions including heart disease, diabetes, cancer and dementia.

Coronavirus is most virulent among the elderly, with the average age of deaths above 80, and it has spread rapidly through care homes.

About 400,000 people are in UK care homes, many of them with illnesses that leave them susceptible to Covid-19.

There are also fears some people with other illnesses are dying because of lockdown itself.

Cambridge University statistician Sir David Spiegelhalter said: “The one thing we do know is that the health service has been hugely disrupted, not just in terms of routine care, cancelled chemotherapies and radio therapies and elective surgeries, but also of people with symptoms not going to hospital.”

Britain is the third fattest nation in Europe after Malta and Turkey, with 13million adults now classed as obese.

British researchers have shown that obese people who are hospitalised with Covid-19 are 37 per cent likelier to die than those of healthier weight.

It is thought the obese suffer breathing problems that reduce lung function, leading to the higher death rate.

Oxford University’s Professor Fredrik Karpe said: “If you have a big belly, then when you lie down the weight of it pushes your diaphragm upwards, reducing lung volume.

“This virus is all about lung function.”

LONDON — home to a quarter of Britain’s cases — is one of the few truly global cities which relies on its interconnectivity for trade and commerce.

Before lockdown, Heathrow was Europe’s busiest airport, with more than 110,000 arriving daily from all over the globe.

Nottingham University epidemiologist Professor Keith Neal says it is likely the virus was spreading out from London even before China warned it could be spread among people.

Professor John Newton, of Public Health England, said: “Coronavirus really took hold in England due to how it arrived.

“Because we’re so connected to the rest of the world, people came from multiple places at the same time.”

With travel restrictions, only 15,000 now arrive in the UK daily but they are not subjected to viral screening.

Epidemiologist Professor Gabriel Scally said: “It is very hard to understand why the UK persists in this open borders policy. It is most peculiar.”

SOME scientists believe Britain’s lockdown came too late and was not stringent enough compared to other nations.

Britain was later into lockdown than Germany, Ireland and many East European nations. Italy and Spain banned outdoor exercise but the UK allowed it to continue.

The Italian World Health Organisation representative said: “When you take the decision late you pay a price in sick people and in deaths.”

On March 12, Britain abandoned its policy of containment and announced that community case-finding and contact-tracing would end.

Yet stringent lockdown did not start until March 23.

No track and trace

It is the practice of getting in touch with everyone an infected person has met and asking them to self-isolate to contain the virus. 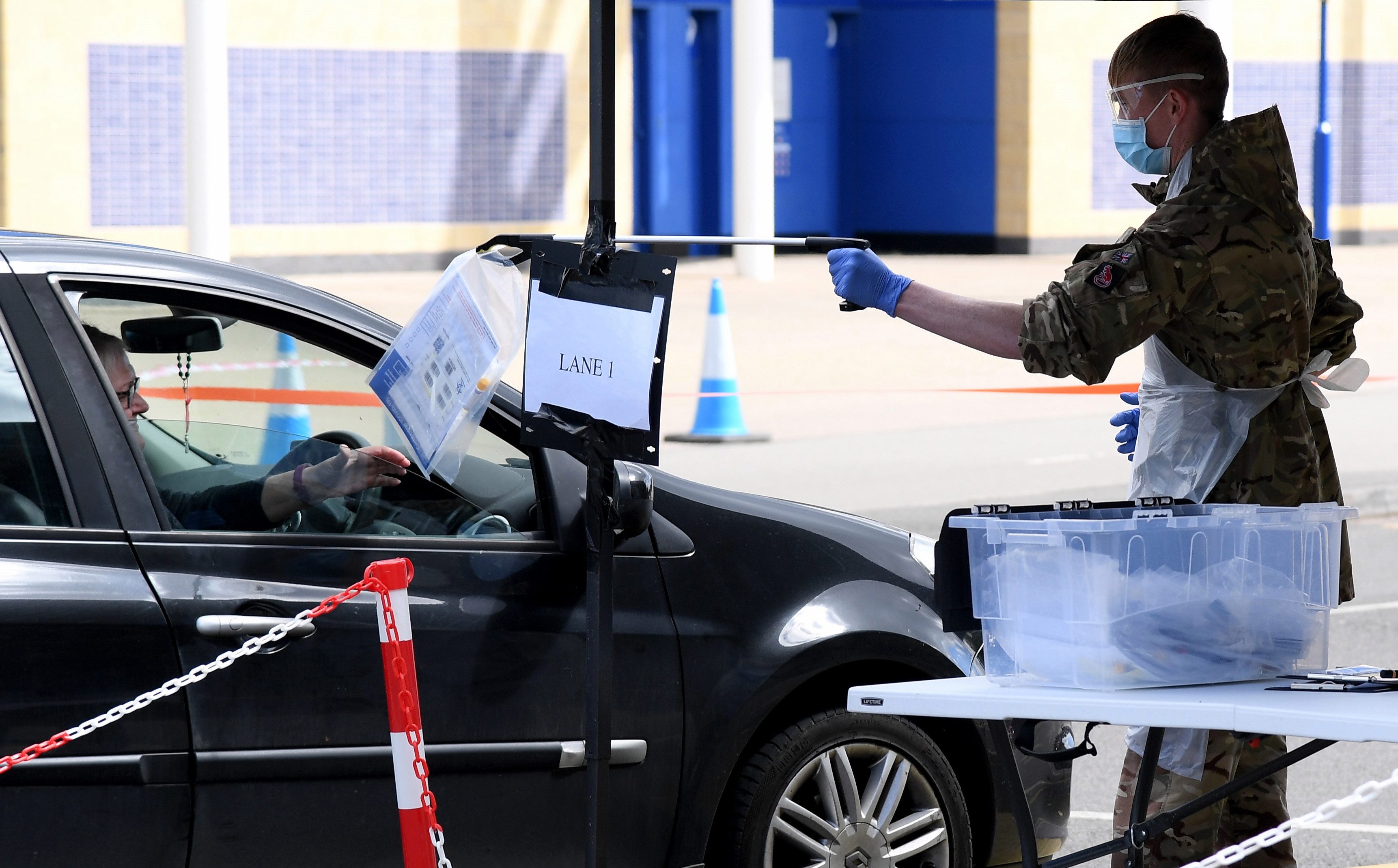 The method has been used in Ireland, Germany and Singapore, and with particular success in South Korea.

Anthony Costello, professor of global health at University College London, says giving up on it was a mistake.

But there has been something of a turnaround in the past two weeks.

Health Secretary Matt Hancock announced he would be hiring 18,000 people to start testing and tracing for the virus in the community, including public health specialists and 3,000 clinicians.

Britain was also slow in ramping up testing for the virus compared to Germany, Spain and Italy.

Today Boris Johnson pledged to reach 200,000 coronavirus tests a day by the end of May.

WHILE Britain has been hit hard by Covid-19, we are not the worst case when you take into account our population size.

When deaths per million of population are worked out, the UK fares better than Belgium, Spain and Italy — and much worse than the US. 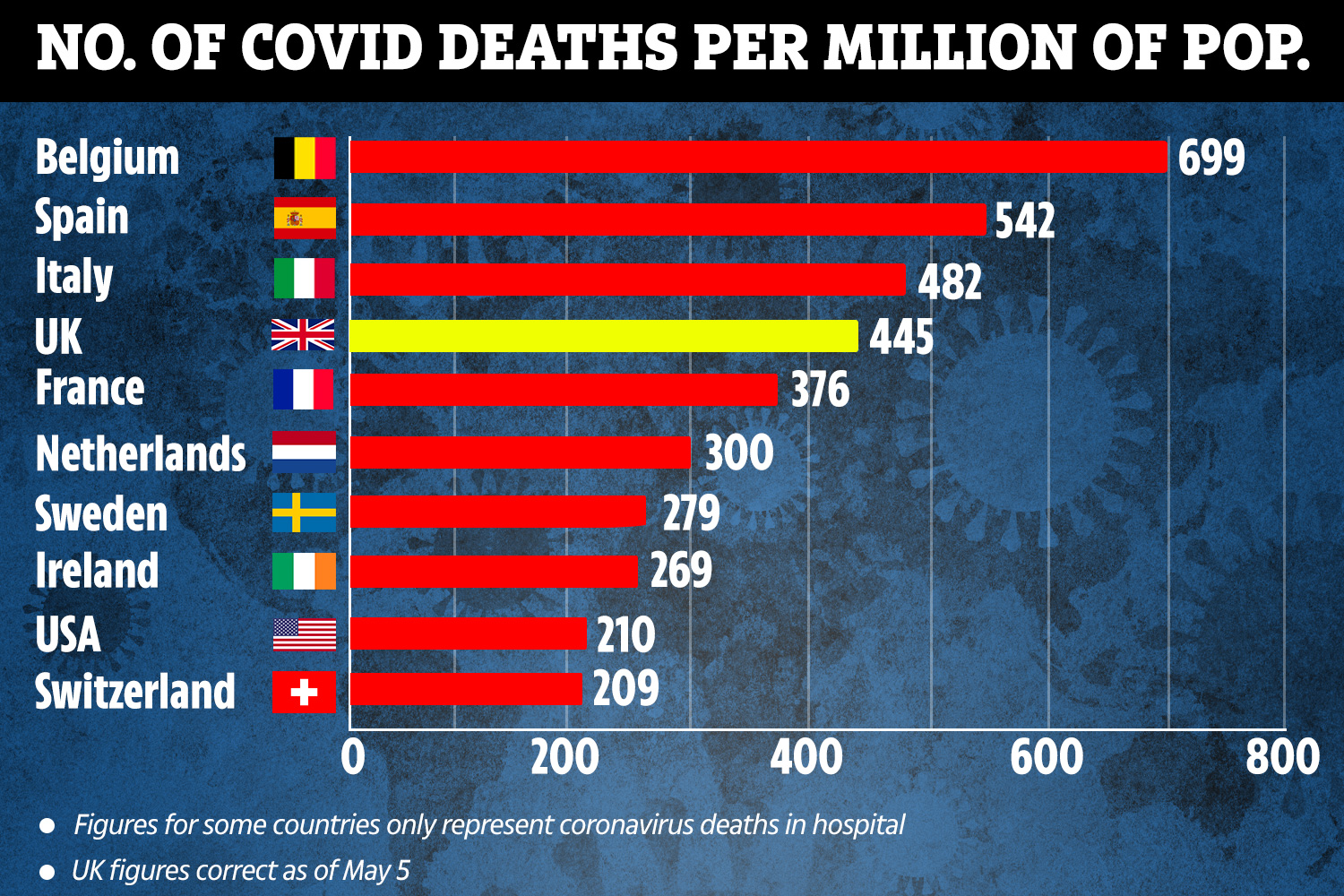 However, countries are at different stages in the pandemic and gather death rate statistics differently.

Spain does not include care home deaths, as Britain now does.

Germany counts them only if people have tested positive for the virus, while Belgium includes any death in which a doctor suspects Covid-19 was involved.

Chief Medical Officer Professor Chris Whitty said: “Every country measures deaths in a different way, so comparing them to each other is a largely fruitless exercise.”

And Professor Spiegelhalter said: “I think we can safely say none of these countries are doing well, but this is not Eurovision and it’s pointless to try to rank them.”