Glasgow’s rat problem is Margaret Thatcher’s fault, claims ‘delusional’ SNP council leader (despite the Tory leader leaving office in 1990 and having been in the job herself for four years)

The SNP leader of Glasgow has been branded ‘delusional’ after she blamed Margaret Thatcher for the city’s rat-infested streets.

Susan Aitken clashed with MPs while being questioned on preparations for the Cop26 climate summit that will be held in Glasgow from Sunday by Westminster’s Scottish Affairs Committee yesterday.

There are mounting fears Cop26 will be blighted by industrial action, with Scotrail staff and Glasgow’s bin workers currently due to strike in a potential humiliation for the UK on the world stage.

World leaders from 120 countries will soon descend on Glasgow – but Scotland’s second city is blighted by rubbish and fly-tipping as well as some of the UK’s highest poverty, drug death and crime rates.

In an evidence session with the Scottish Affairs Committee, Scottish Tory leader Douglas Ross asked Ms Aitken: ‘You have been widely ridiculed across the UK for saying that Glasgow only needs a ”spruce up” and is not actually filthy. Do you regret any of your previous comments?’

Ms Aitken stood by her remarks before insisting that Mrs Thatcher, the former prime minister who left office more than 30 years ago and died in 2013, was responsible for the ‘challenges’ facing Scotland’s second city.

She then sought to downplay fears over the city’s ‘filthy’ state, claiming ‘all cities have rats’ but admitting to ‘possibly two’ occasions in which council workers had been hospitalised after ‘small incidents’ with rats. 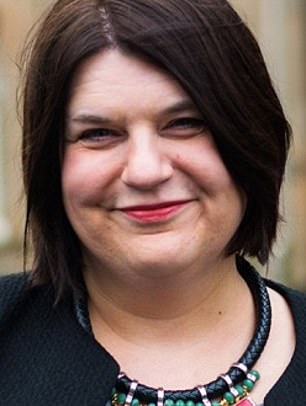 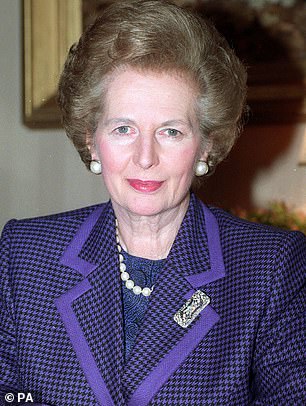 Susan Aitken, left, has been branded ‘delusional’ after she blamed Margaret Thatcher, right, for the city’s rat-infested streets 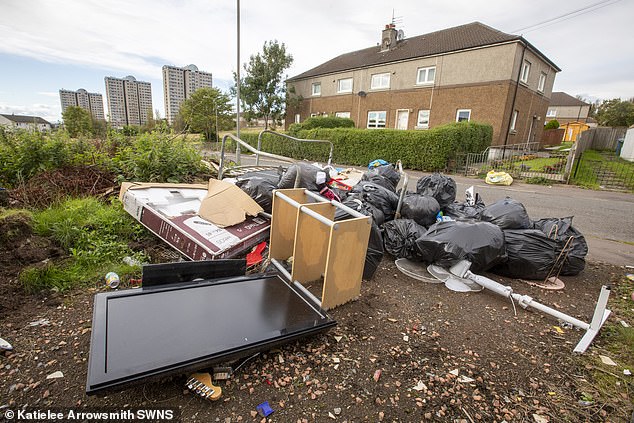 Pictures show the grim reality of every corner of Scotland’s second city being blighted with rubbish, fly-tipping and bins overflowing in recent month 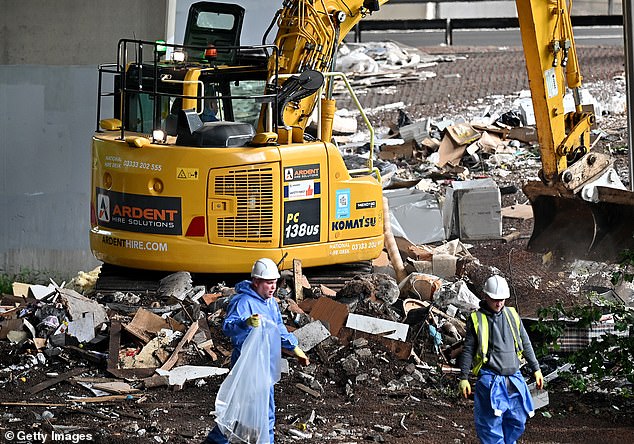 ‘Much of them a legacy of our post-industrial past when the Thatcher government walked away and abandoned Glasgow and left in neglect communities right across this city.’

The head of the SNP-led administration in Glasgow said she was not embarrassed by the city’s deteriorating condition and insisted it was ‘entirely gratuitous’ to suggest it was infested with rats.

She said Glasgow was ready to host the conference ‘with caveats’, adding: ‘I would say the caveats are mainly technical, some of them have already been resolved or are being ticked off.’

‘We’ve heard a lot of far-fetched excuses from Susan Aitken over the past few months, but the idea that Margaret Thatcher is to blame for the current state of Glasgow’s streets absolutely takes the biscuit,’ he said.

‘She must now stop the excuses and urgently produce some solutions – not only for Cop26 in a week’s time, but for the people of Glasgow who live here all year round.’ 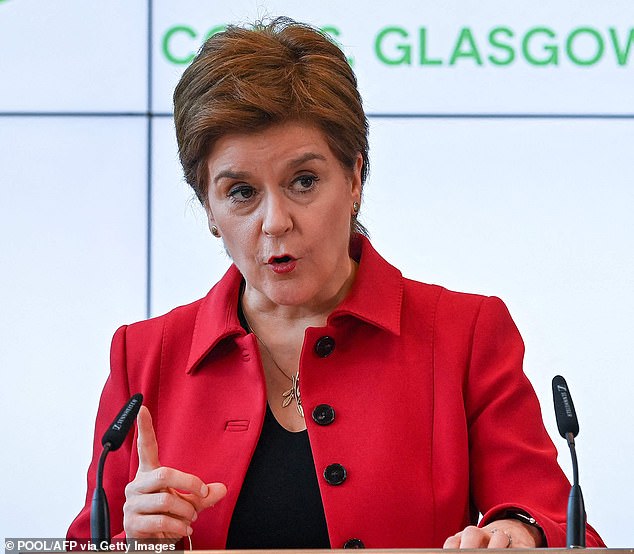 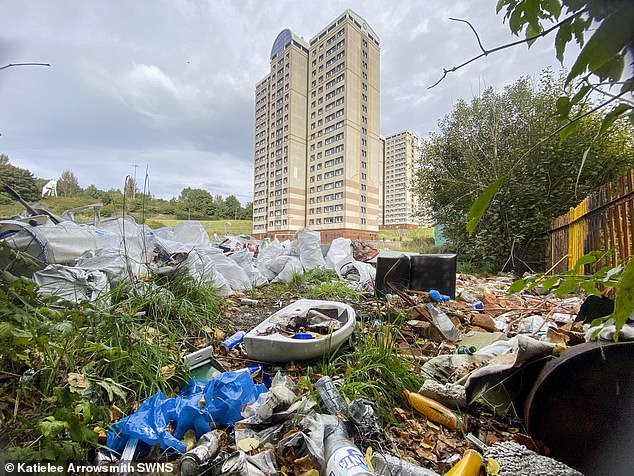 Pictures have shown the grim reality of every corner of Scotland’s second city being blighted with rubbish, fly-tipping and bins overflowing in recent months (this image shows fly-tipping in Cranhill) 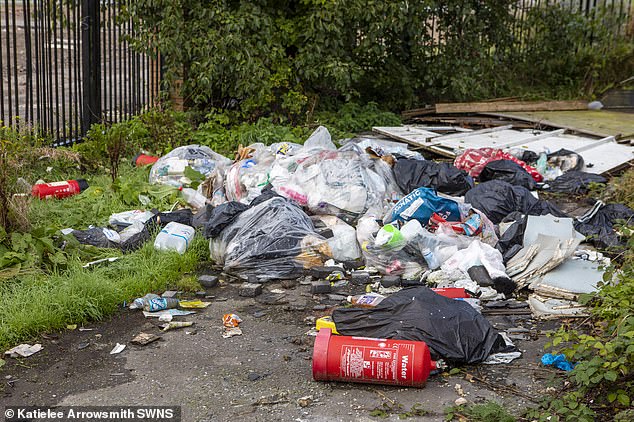 Flytipping has skyrocketed in the city since a £35 bulk waste charge was implemented by Glasgow City Council in April. Above: Litter is left in Camlachie area of east Glasgow

‘Glasgow is not the dirtiest city in the world or in the UK or even in Scotland, nor is Glasgow dirtier than it ever has been in the past,’ he insisted.

‘Very few world leaders are going to come here and think: ”Good Lord, this place is filthier than the place I left”.’

Grim photos of Glasgow – once a Labour stronghold and now in the grips of Nicola Sturgeon’s Left-wing party – show a city in the midst of chaos, with bins overflowing after the SNP-controlled council decided to move once-fortnightly collections back by an extra week.

While the Scottish First Minister and the SNP posture on the national stage ‘banning’ nuclear submarines and trying to introduce a four-day week, the buildings owned by Glasgow’s council are decaying, with raw sewage coursing through cellars and rats hospitalising dustmen.

To cap it all, Glasgow is currently the eighth-highest Covid hotspot in Europe, has been found to be the deadliest place to work in the UK, and the difference in life expectancy between the richest and poorest in the city has recently been found to have increased by three years.

It comes as Ms Sturgeon challenged polluting nations ahead of the Cop26 and asked them to ‘step up’, despite bins overflowing in rat-infested Glasgow.

The First Minister used a speech ahead of the summit to call on leaders of high-emitting nations to create a ‘significant uplift’ in ambition to tackle the climate emergency.

The summit is slated for the first two weeks of November, when world leaders including Boris Johnson and Joe Biden will be in town for one of the most consequential climate summits in history. However, Xi Jinping, president of China, now the world’s biggest polluter, will not attend the UN conference, in a snub to western leaders.

Speaking at Strathclyde University in Glasgow, Ms Sturgeon said ‘The hard fact is this: ”Keeping 1.5 alive” – which has become the strapline almost for Cop26 – is vital. It mustn’t become a face-saving slogan. It must be real.

‘In the coming days, it is the countries that emit the most, that most need to step up the most to this challenge.

‘And both in the run-up to and at Cop itself, there needs to be a significant uplift in ambition from the world’s biggest-emitting countries to make that real’.

Asked about the state of Glasgow as it prepares to host Cop26 from October 31, First Minister Nicola Sturgeon said: ‘I think there are challenges in Glasgow and challenges in cities across Scotland, the UK, the world – some of them related to Covid, some of them more fundamental than that.

‘I’m not going to stand here and say they don’t exist in Glasgow. I think Glasgow is ready for Cop26. Glasgow – as it has been with big events in past years – will be an excellent host for Cop26, and that’s important.

‘But – as all countries do – we have challenges in our public services and how we make sure they’re delivering in the post-Covid era.’