A young Siberian husky has shockingly eaten its companion after being left to starve by a negligent owner who went away without arranging anyone to feed or care for her dogs.

Stormy was found by an RSPCA inspector with the ‘partially eaten’ body of her fellow 10-month-old husky, Demon, in the backyard of a home at Christie Downs, in South Australia, in September 2019.

‘Out of desperation, the surviving dog is believed to have partially consumed the deceased dog’s body,’ an RSPCA statement said. 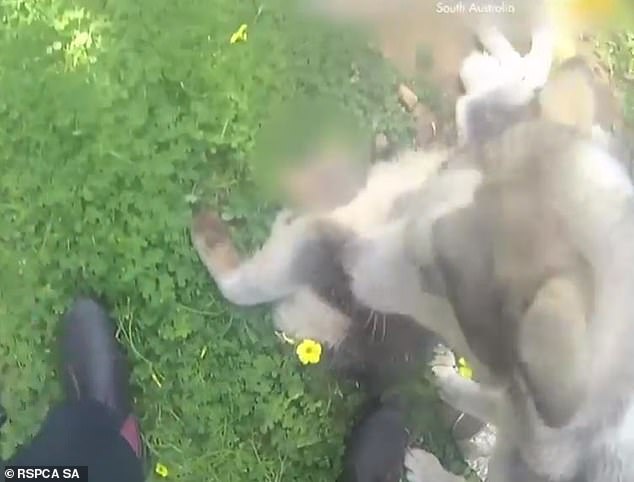 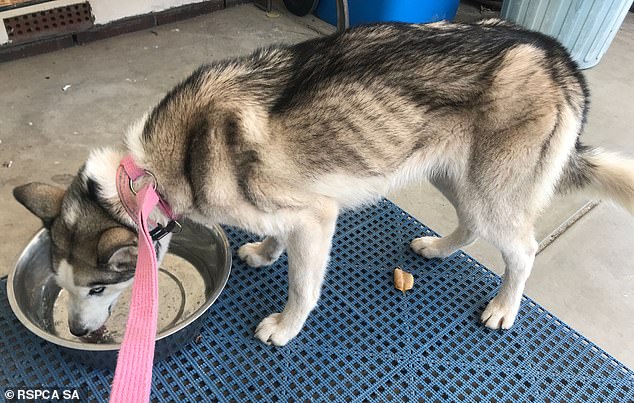 In a disturbing video released by the RSPCA, Stormy can be seen smelling her lifeless companion as the inspector films the scene.

A woman is also crying in the background as the investigator tries to calm the surviving dog down and eventually coax it into a ute to be taken to safety.

The owner told the inspector she had gone away for ‘a few days’ without arranging any care for the dogs.

It is understood the dogs were left alone for two weeks.

She claimed to have put out a bowl of dog food and water, ‘but the inspector was unable to locate any food bowls or water containers in the yard’.

After three weeks in RSPCA care Stormy regained 76 per cent of her body weight and has since been rehomed.

‘The inspector found the male dog deceased in the backyard, and its emaciated body partially eaten.’

‘The surviving female dog was also in a severely emaciated state.’ 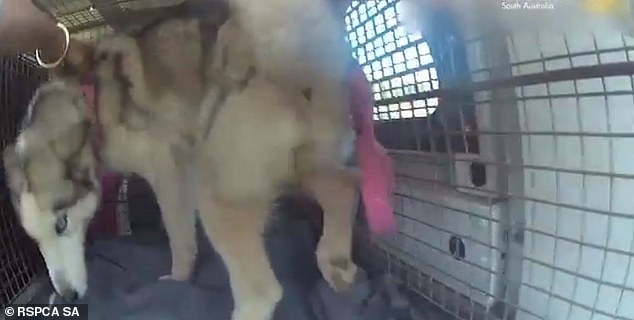 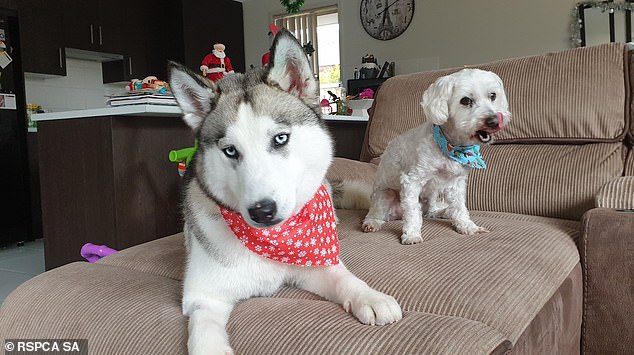 ‘It is totally unacceptable to go away, and make no provision for the care of your animals,’ said RSPCA South Australia Chief Inspector Andrea Lewis.

‘This is an extreme case of neglect, with tragic consequences, and begs the question of why this person chose to have dogs in the first place, especially dogs of this breed with their high care needs in terms of grooming, exercise and diet.

‘We urge people to not acquire any animal unless they fully understand and accept what is required to properly care for them, both physically and mentally.’

The 31-year-old female owner was charged with two counts of ill treatment of an animal and two counts of abandonment and convicted, receiving a suspended 14 week jail sentence.

She was also ordered to pay veterinary, prosecution and court costs totalling $1,141 and placed on a two-year good behaviour bond.

She was banned from owning animals for life.

In handing down her judgement, Christie’s Beach magistrate Teresa Anderson said the condition of the dogs was ‘shocking’ and that the defendant ‘shouldn’t be in charge of animals’.