Almost two decades ago, Melisa Quigley buried JR, her beloved Jack Russell of 18 years, in a pet cemetery on the Mornington Peninsula.

“He acted like a human,” she said. “So I thought he deserved a human burial.”

Quigley didn’t visit much in the years since — and is still the owner of Jack Russells today — but she was happy to know that JR had a peaceful resting place. 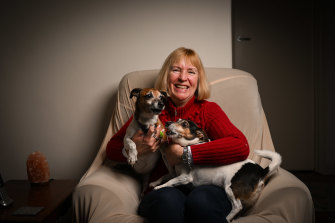 Melisa Qugley and her Jack Russells, Molly and Oscar.Credit:Eddie Jim

That was until last month, when she said she was surprised to receive a letter from the RSPCA telling her that JR would soon need to be relocated to make way for a new animal shelter expansion.

“It’s like opening up a can of worms to have the dog exhumed after all this time,” she said. “Why can’t they stay there?”

The RSPCA is pushing ahead with plans to redevelop its facility on the four-hectare site adjoining the cemetery in Pearcedale, which will result in the removal of about 800 pet graves.

Twenty-year leases on many of the plots have expired, the organisation said, with the condition of the cemetery also in a poor state and in need of improvement. 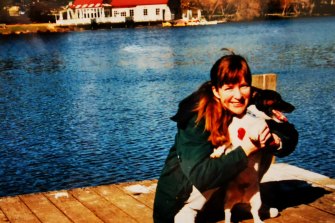 Melisa Quigley and her Jack Russell ‘JR’, buried at the Peninsula pet cemetery.

Letters were sent to plot holders at the end of last year, however the RSPCA has acknowledged it was difficult tracking down people so long after their pet was buried.

After hearing back from around 70 pet owners, the RSPCA said construction would not begin until at least the middle of 2023, due to the sensitivity of the situation.

A new memorial site for deceased pets will be built as part of the redevelopment.

RSPCA chief executive Dr Liz Walker said an extension of the Peninsula shelter was needed to cater for increased demand for animal care.

“We do envisage that longer term, it’s going to have a really important role to play in rehabilitation for dogs, pets and horses in Victoria,” she said.

“We’re going to need a site that can really help us with rehabilitation because we are seeing increasing numbers of animals, in particular dogs, that are experiencing behavioural problems.”

The RSPCA operates its main animal shelter and hospital at Burwood, however Walker said the Peninsula location would provide an alternative with increased open space and grass available for pets. 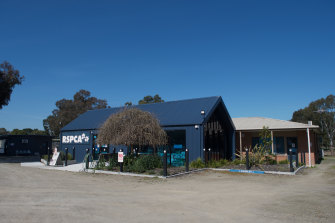 The Mornington Peninsula RSPCA animal shelter, which will be redeveloped.

“It’s certainly a really peaceful environment that would lend itself to really helping those animals and that’s where that’s where we think this is going to take us,” she said.

While some pet owners, like Quigley, have expressed disappointment at the decision, Walker said most people understood it would help improve the care available to Victorian animals.

As part of its consultation, RSPCA said it gave “special notice” to 30 donors to the cemetery.

Income from bequests is a key source of funding for the RSPCA, accounting for around a third of revenue each year. In the 2020-21 financial year, the organisation took in $15.94 million in bequests.

Asked if some people had written the RSPCA out of their will as a result of the graves being moved, Walker said she was not aware of any particular examples. 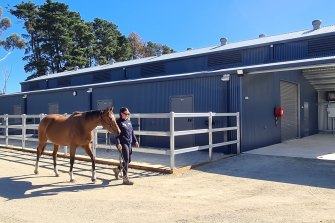 “That is always an avenue that is open to people. And we understand that sometimes things happen and people make choices, but we’re always very grateful for the gifts that we receive,” she said.

Quigley said she would not be setting aside any money to the RSPCA in her will, after being asked to move JR from his grave.

She wants to know why the RSPCA can’t leave the pet graves where they are and construct the new shelter buildings where the proposed monument will be built.

“If it was human beings, and they wanted to dig them up, everyone would go nuts — there would be an uproar,” she said.

“People who have pets know about the unconditional love that they provide. I don’t want the bones, I don’t want him cremated either, I want him to rest in peace there.”