A Lamborghini driver accused of hitting and killing a man on a moped in Las Vegas last weekend was reportedly going 141 mph in a 45 zone before the crash, car data showed, according to the arrest report.

‘I killed someone,” an officer at the scene quoted Andrew James Rodriguez, 33, of Texas, as saying after he allegedly hit local resident Walter Anderson, 58, according to FOX 5 in Las Vegas.

Officers said they immediately suspected he had been drinking following the crash because his eyes were bloodshot and watering and he smelled of alcohol.

The Lamborghini Huracan had allegedly slowed to 127 mph at the time of the impact.

“The Lamborghini collided with the rear of the moped with such force that the moped became lodged under the right front of the Lamborghini,” officers said, according to the Las Vegas Review-Journal. 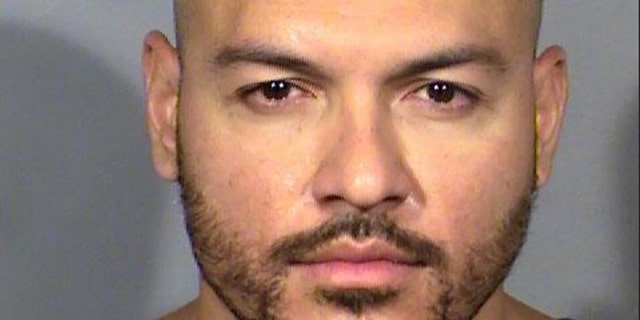 Andrew James Rodriguez, 33, is accused of hitting and killing Walter Anderson, 58, while he was driving a Lamborghini at 141 mph in southwest Las Vegas.
(Las Vegas Metropolitan Police Department )

Rodriguez doesn’t have a valid driver’s license and is not the registered owner of the Minnesota vehicle, reports said. It wasn’t clear who is the owner.

A woman who was with Rodriguez in the car allegedly told officers they had been “joyriding,” along with friends in another Lamborghini as they headed to a party but weren’t aware he had been drinking, the Review-Journal reported. The friends in the other car allegedly said he suddenly sped away from them, the paper said.

She allegedly admitted he was driving “pretty fast” before the crash, reports said.

No serious injuries were reported for Rodriguez or his passenger.

He was arrested on suspicion of DUI causing death, reckless driving and driving without a valid license, the Review-Journal reported.

Rodriguez was booked into the Clark County Detention Center and later released on $75,000 bail on the condition he doesn’t drive and submits to alcohol monitoring, according to FOX 5.

He was scheduled to be in court on Wednesday.