THE moment a man fly-kicks a woman in a crazy brawl outside a Georgia mall has been caught on video as the shopping complex opens for its first day after the coronavirus lockdown is eased.

The bizarre footage shows a security guard from the Cumberland Mall in Atlanta attempting to pull three women off one another before a young man bounds across the parking lot and launches at the brawlers in an impressive kickboxing move. 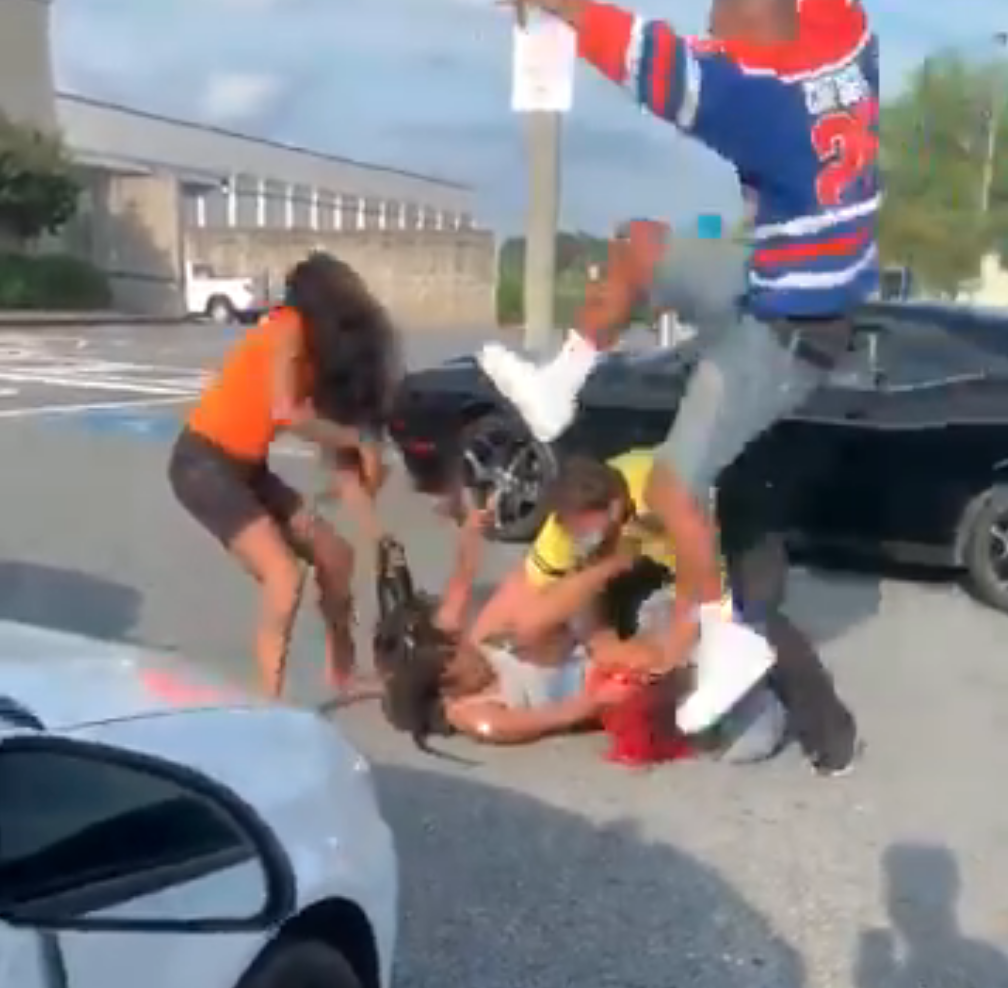 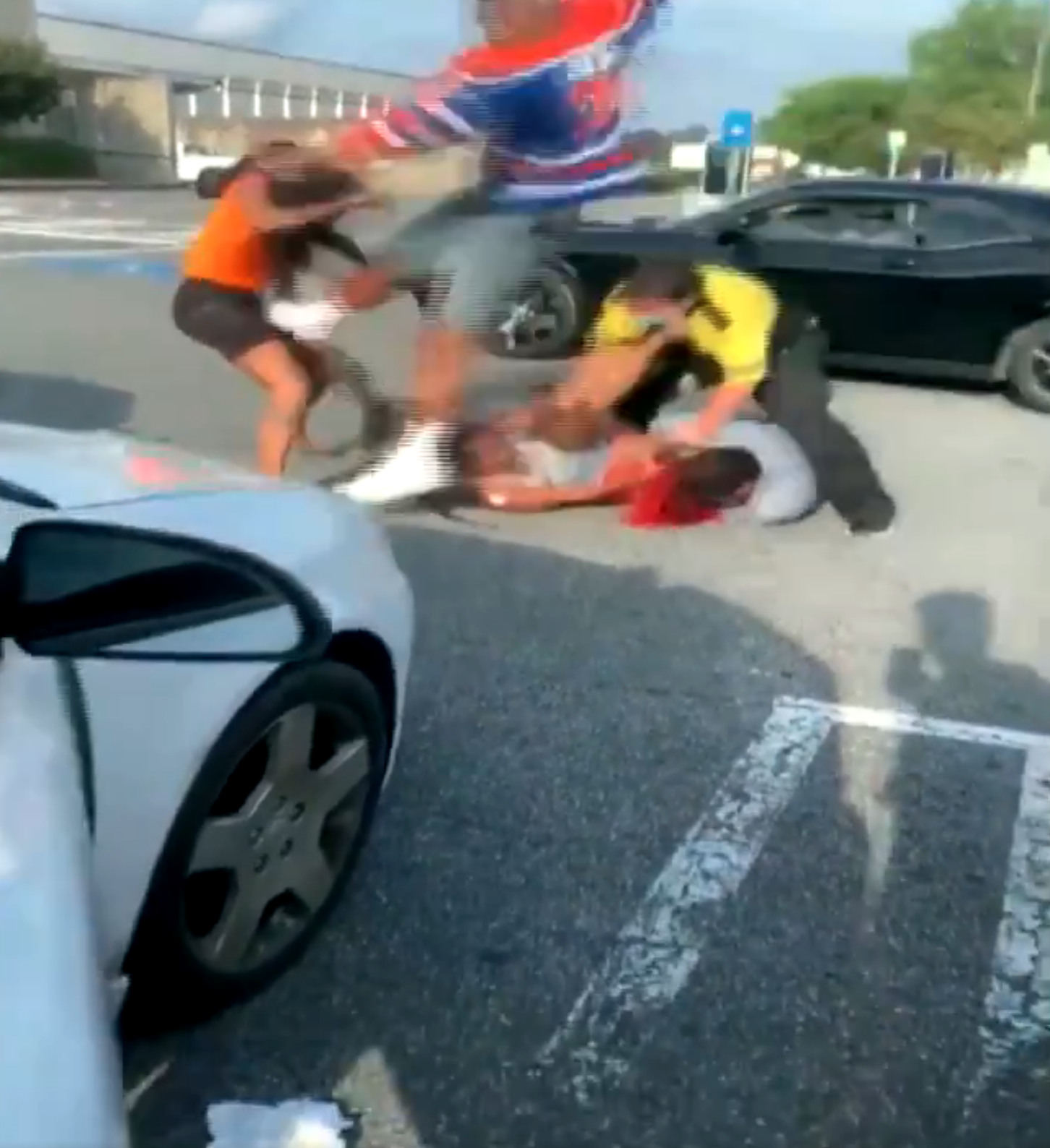 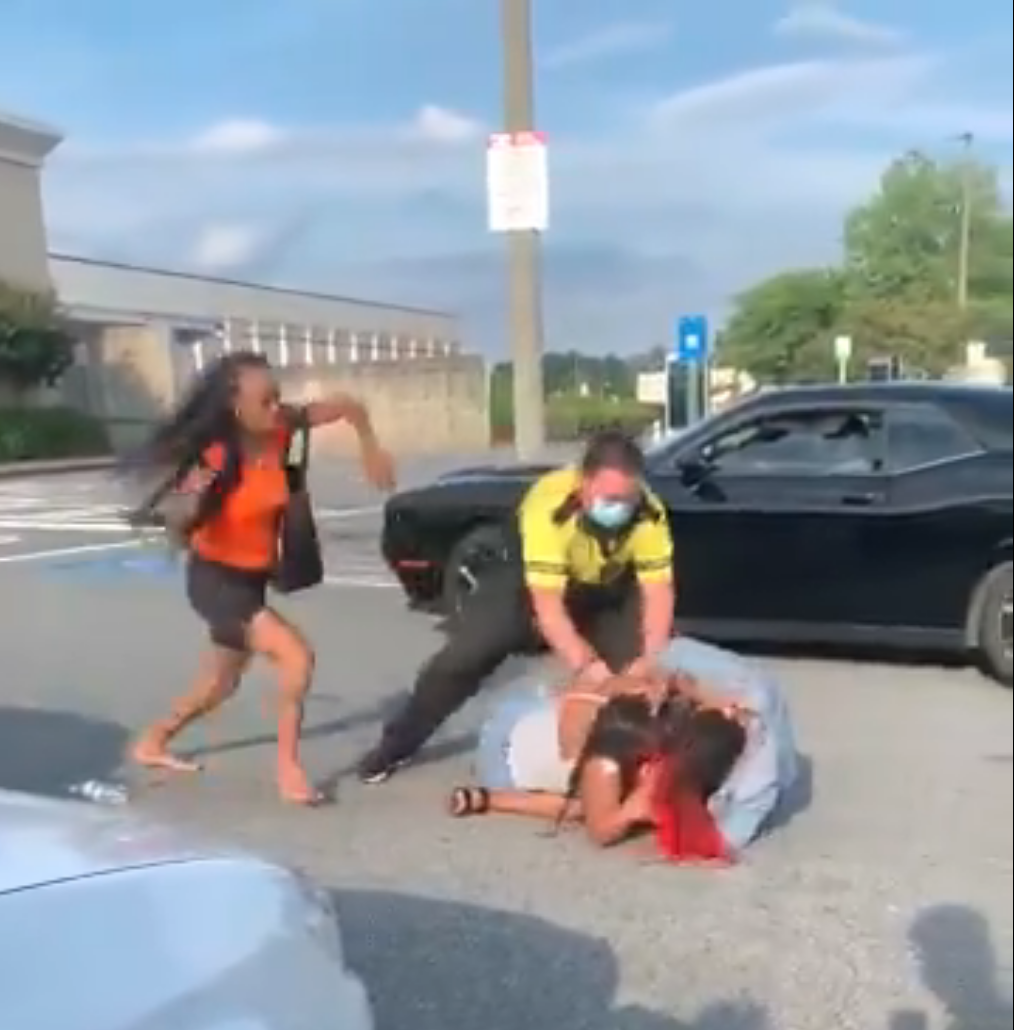 The mall security guard – wearing a yellow uniform and a face mask – can be heard saying: “Get off, or I’ll have to pepper spray both of you".

He then attempts to get between the three women who are wrestling on the ground in the parking lot as they pull each other’s hair.

Another man leaps into the scene and dramatically fly-kicks one of the brawling women in the chest, knocking her down.

He then pushes the security guard off the trio and rescues one of the women by scooping her up and running off with her across the parking lot.

The video, captured on Tuesday, is laced with profanities and has been viewed more than 7 million times.

Several social media users claimed the fight showed that Georgia should have remained closed for another few weeks amid the coronavirus pandemic.

One woman wrote over Twitter: "Cumberland Mall opened yesterday. The malls should be closed, and everyone who can needs to stay home! Does this look like a necessity? Day 1 of opening, during a pandemic, and for what?! Fighting? Smh! Georgia, please do better."

The Cumberland Mall followed suit and reopened Tuesday, with signs and stickers on the floor reminding visitors to remain at least six feet apart.

Most retailers and restaurants inside, however, remained closed.

“New measures have been implemented to help ensure the health and safety for all who enter the Mall, including hand-sanitizing stations, touch-free interactions, frequent and intense cleanings and social distancing directions,” the mall said on its website.

“We are working diligently to provide a safe, clean environment where people feel comfortable shopping, dining and enjoying their time.”

Georgia's governor recently came under fire last month after he announced that he "only just learned" that people without symptoms can spread coronavirus.

Kemp said: “So what we’ve been telling people from directives from the CDC for weeks now, that if you start feeling bad stay home, those individuals could have been infecting people before they ever felt bad.

“Well, we didn’t know that until the last 24 hours.

“This is a game changer for us,” Kemp added.

Less than a week later, Gov. Brian Kemp made the decision to re-open coastal beaches.

The news comes as the US death toll currently stands at more than 75,000.

The number of confirmed cases in the country has now soared past 1.25million. 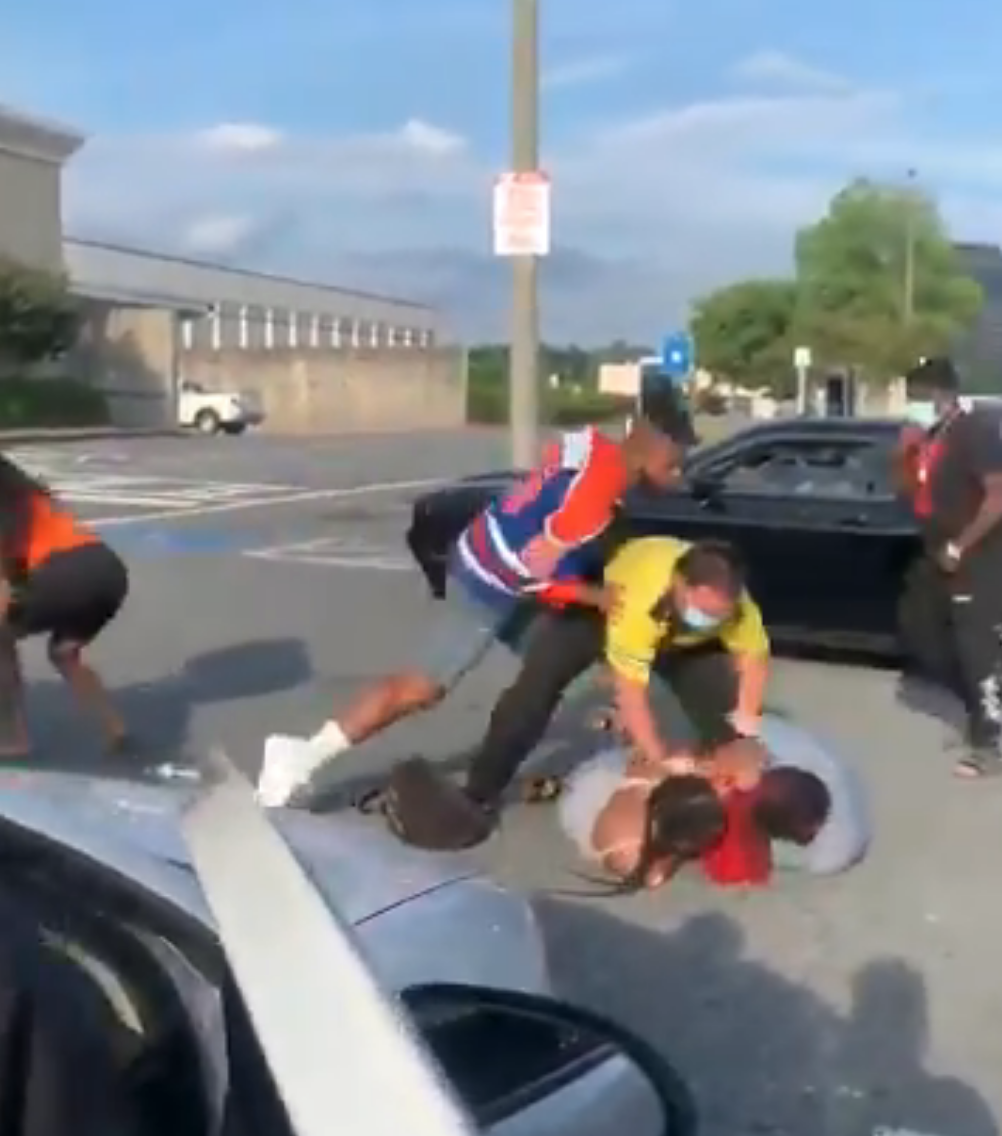 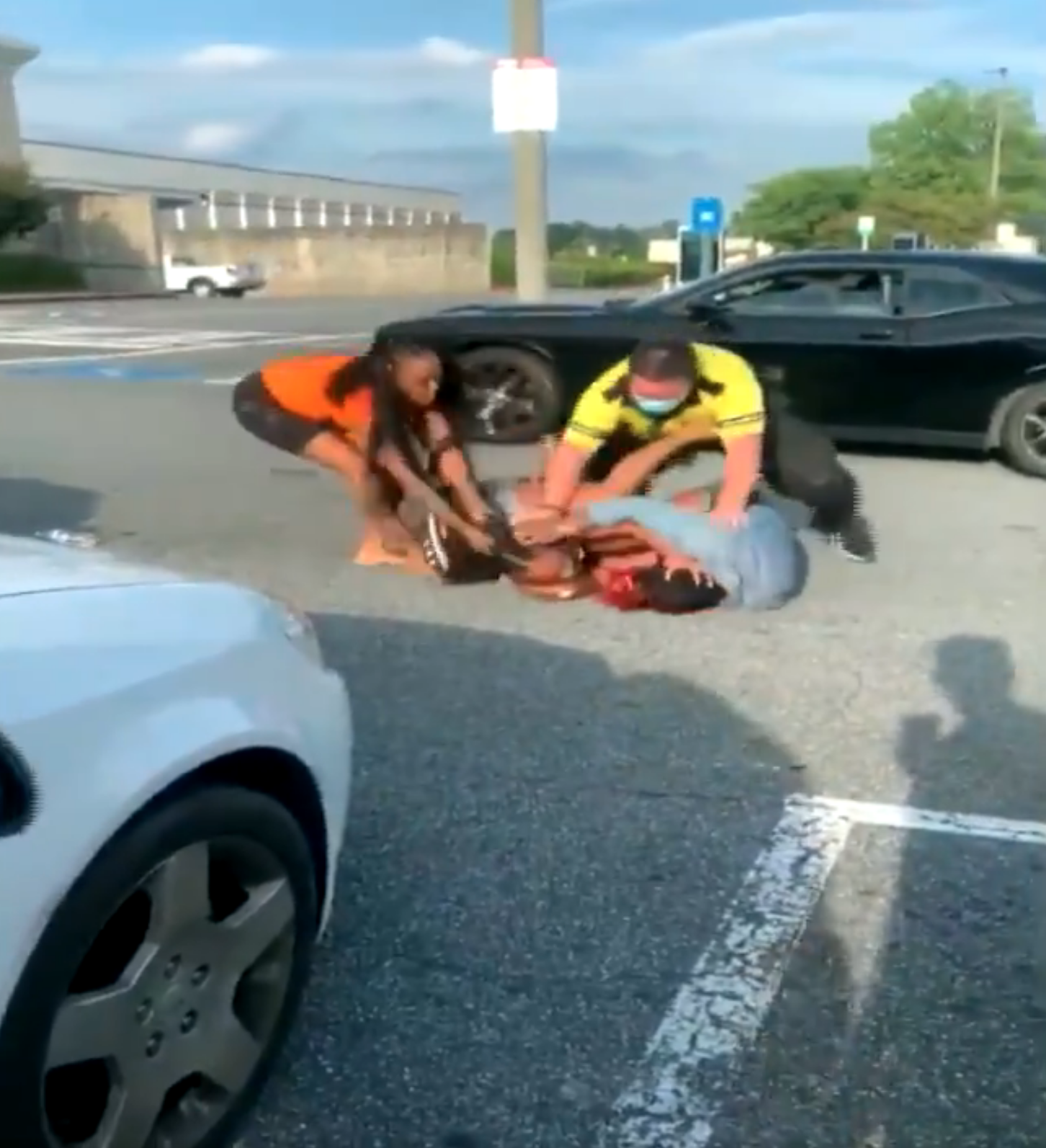 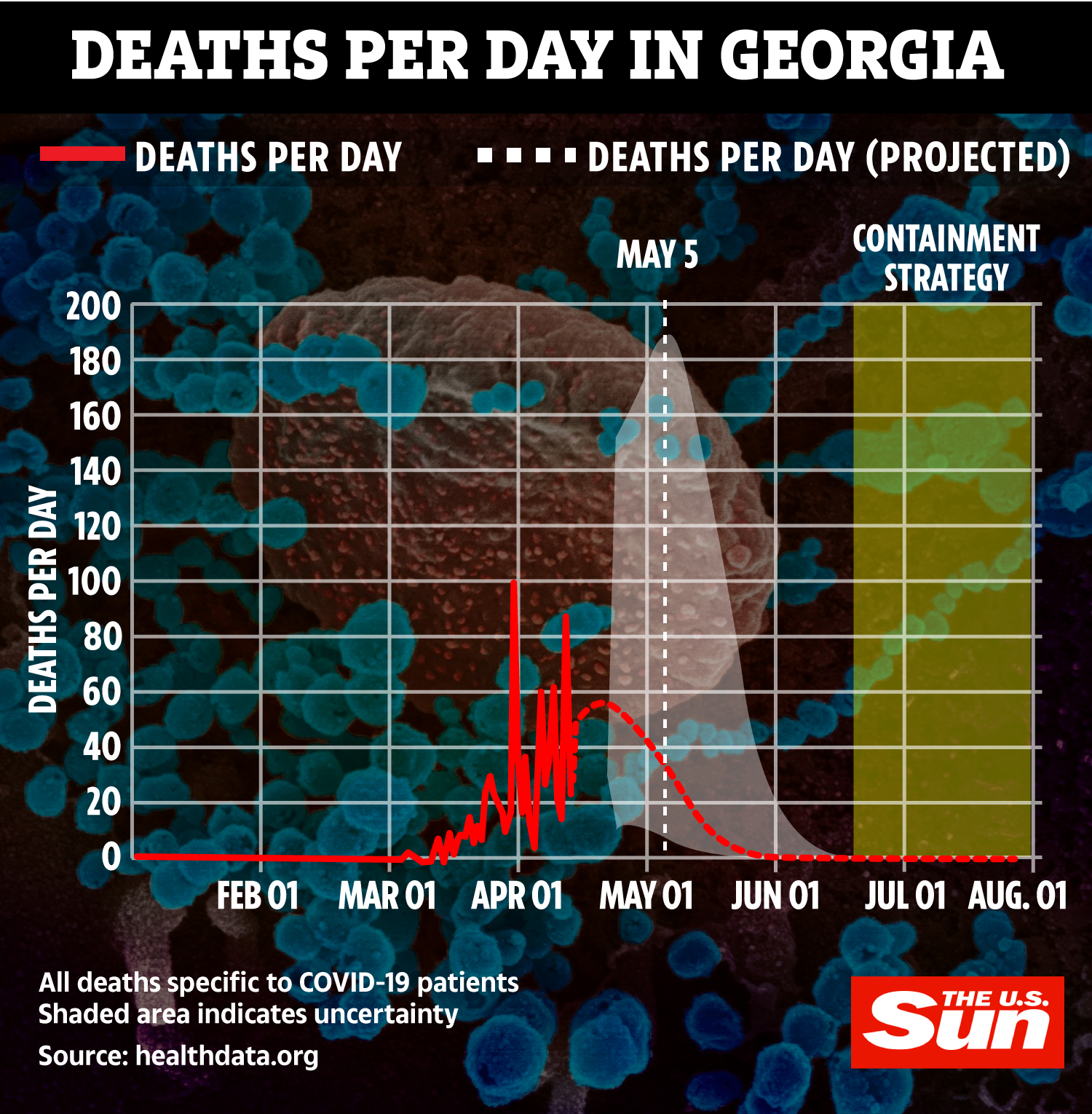