He’s done it again. Less than five months after dropping $13 million to secure a prized country estate in the Southern Highlands, tech bro supremo Mike Cannon-Brookes has added another bauble to his property empire.

And this time, he’s broadening his horizons. Or his geographic reach, to be specific.

The Atlassian founder has quietly picked up a sprawling six bedroom sandstone home in Coasters Retreat on Pittwater in Sydney’s northern beaches. Located next to The Basin, one of Sydney’s most desired family beach camping spots, the property is accessible only by boat. There are no roads either, requiring all gear to be hauled to the home using buggies and wagons. Very olde worlde indeed for a billionaire who’s made his fortune by catering to the future needs of the software set. 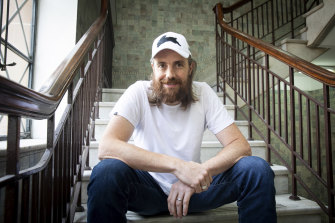 Cannon-Brookes paid $4.65 million for the home in a deal inked on January 28. Former owners including boat charter boss Paul Keogh and Mary Helena Di Mattina have owned the home since 2014.

And it’s some pile. The three-story home with a sprawling wraparound balcony sits on the outermost reaches of the hamlet and has views across Pittwater to Palm Beach, the Barrenjoey headland, Lion Island and Currawong Beach. Heck, it’s possible that from the balcony MCB can almost see his other Palm Beach pile which he bought in 2014 for $8.7 million from luxury car importer Neville Crichton. 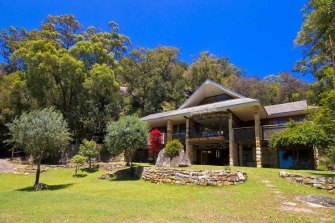 There are other outposts on Pittwater for the tech giant. Cannon-Brookes also owns a waterfront home in Newport which he picked up from the genetically blessed model-come-property developer Jennifer Hawkins and husband Jake Wall in 2020 for $24.5 million. And then there’s the Fairfax family’s former estate Fairwater on Sydney Harbour which he picked up in 2019 for $100 million.

What’s next: The moon? We’d hardly be surprised.

The tech boss declined to respond to questions on the latest purchase when contacted on Wednesday.