THIS is the shocking moment a man headbutts a lad outside a Co-op store and warns him "don't threaten me".

The clip shows the man in a black polo shirt hit the other man, who was allegedly verbally abusing a security guard at a Co-op in Poole, Dorset on Friday afternoon. 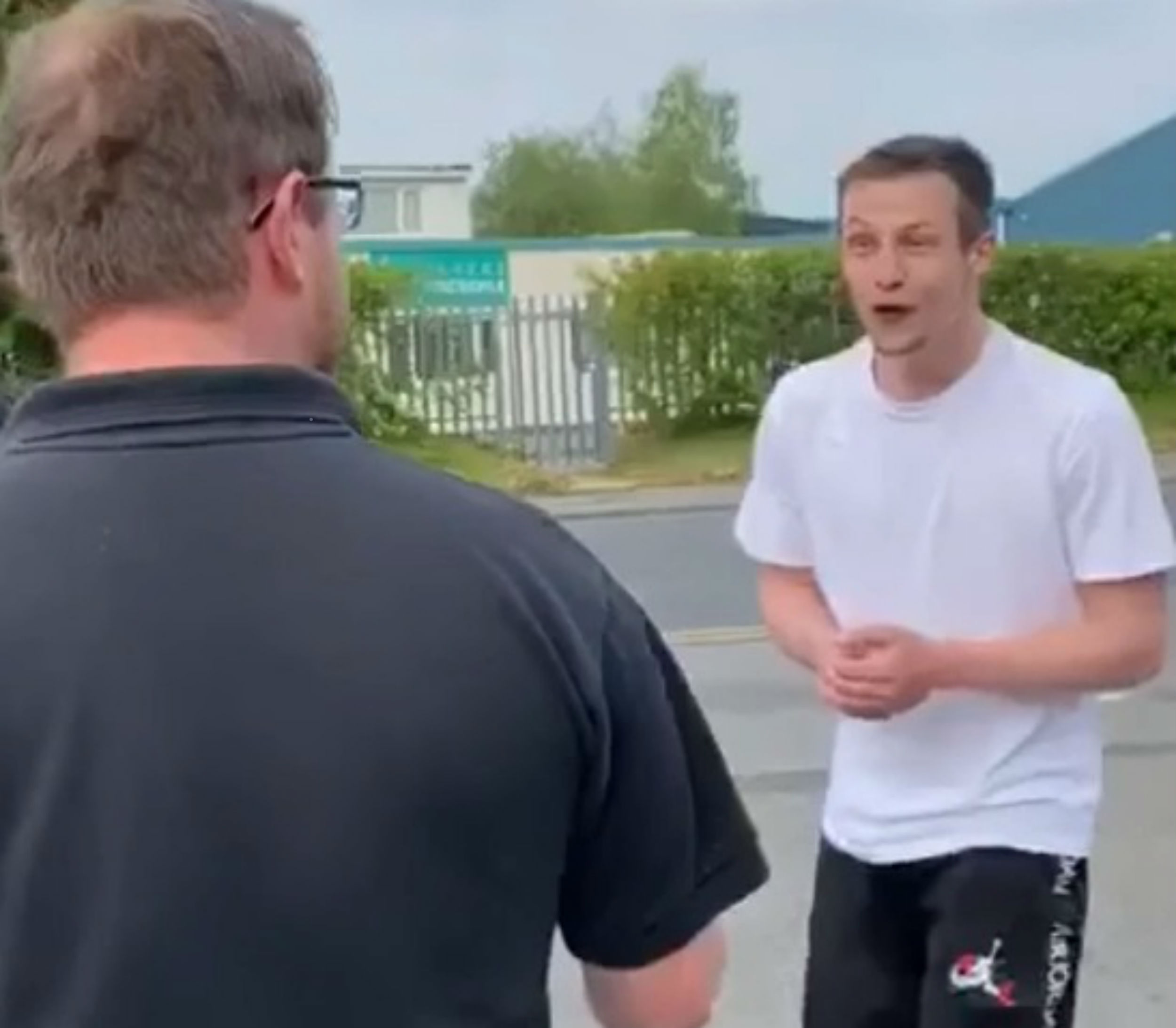 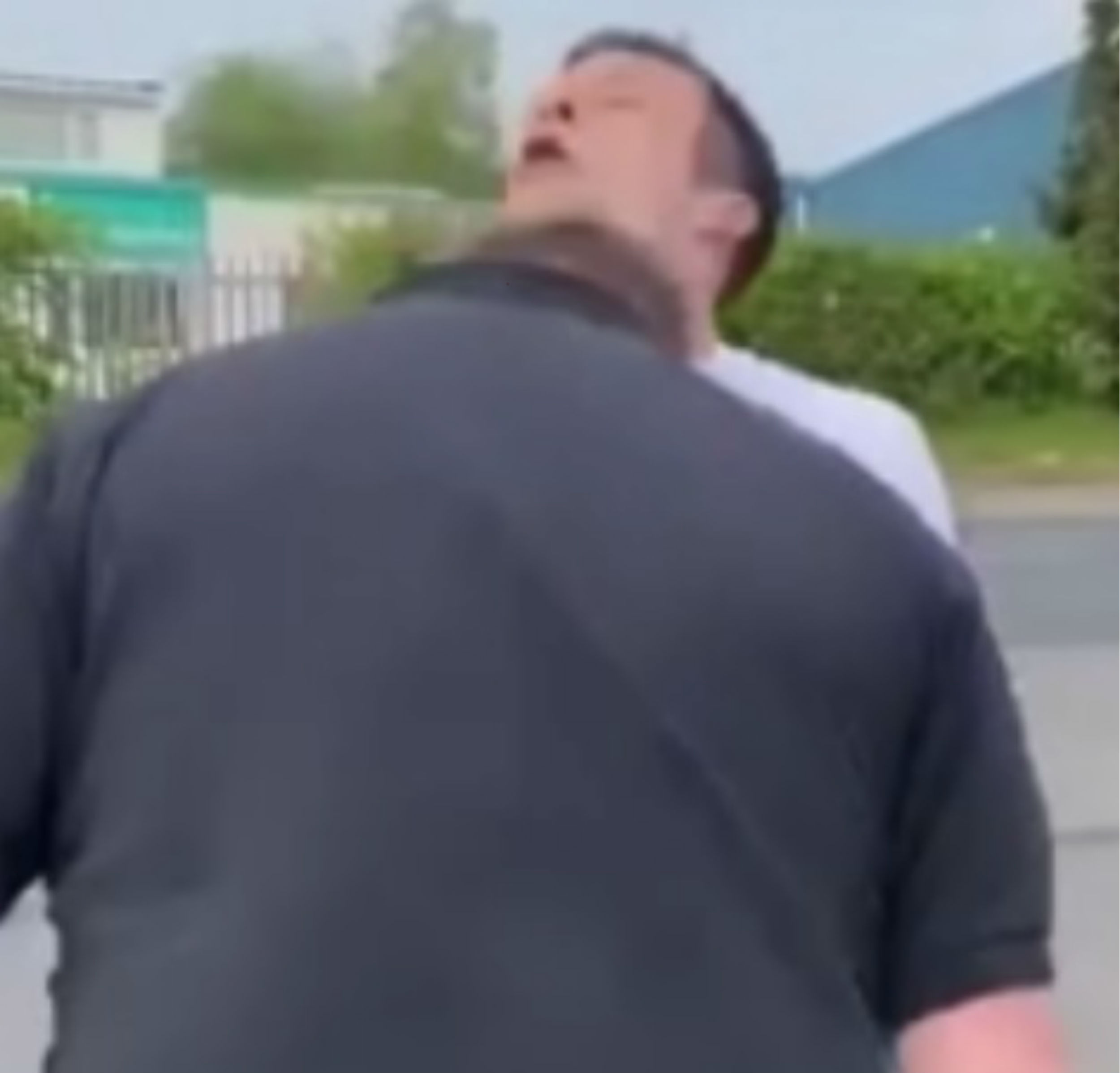 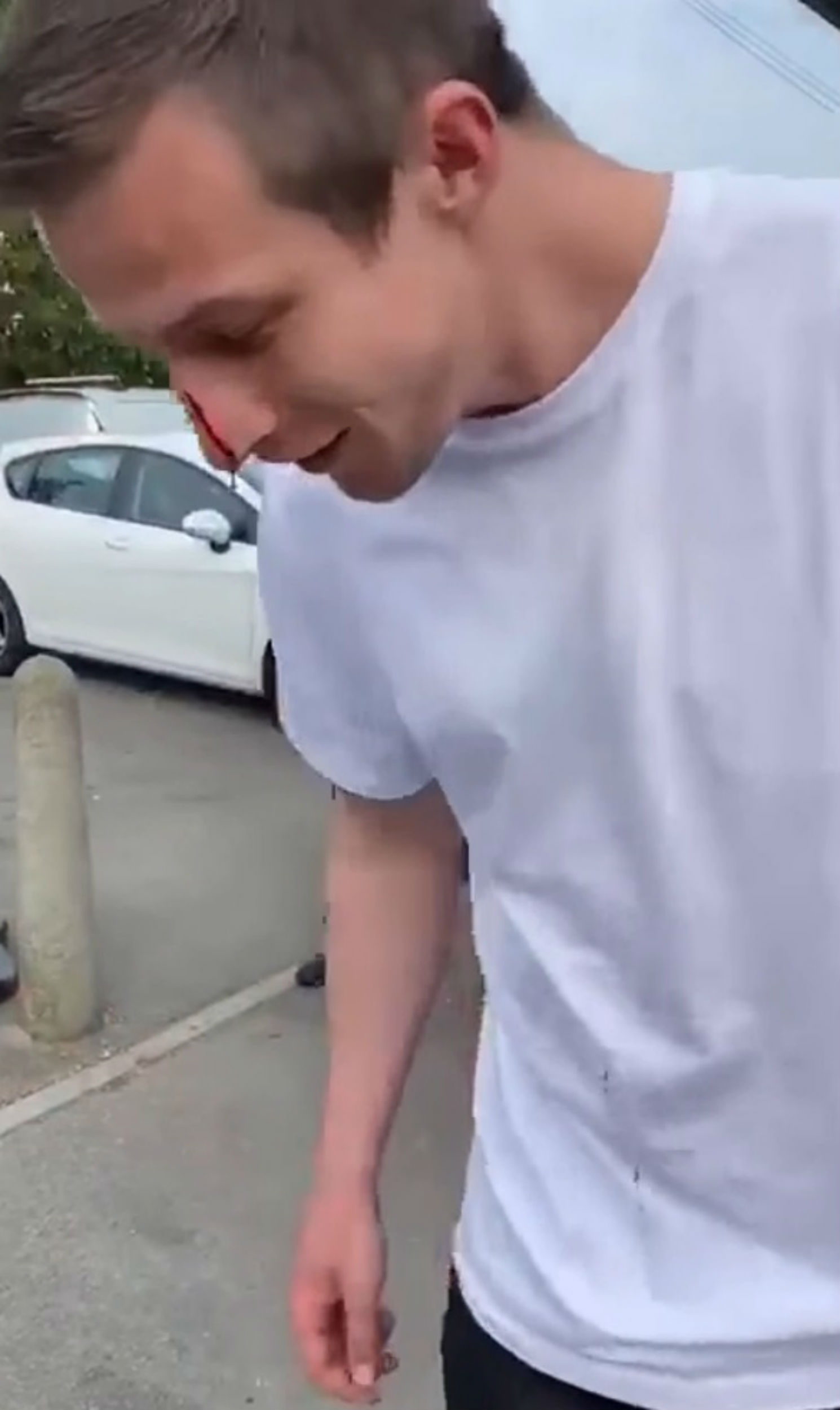 The man, who was left with a bloody nose, apparently became angry after being followed around the store by shop workers.

Police are investigating the incident, but no arrests have been made.

In the video, a man wearing a white t-shirt and tracksuit is seen squaring up to the man in the black polo shirt, who speaks with a Scottish accent.

A woman is heard shouting in the background trying to diffuse the situation.

The t-shirt man then goads the man: “What just because you are Scottish you think you are bad. I will f*** you up!”

The man in black suddenly lunges forward with his head, cracking the man on the nose.

Blood begins to run down the man's nose as he walks away.

The man with the Scottish accent then says: “Don’t threaten me. Don’t f****** threaten me!”

The bleeding man then says: “I will put a Stanley blade in your throat now c***.”

The woman standing at the store entrance says: “I’ll tell you what just back off, leave please."

The man in black repeats to him: “Don't threaten me, don’t threaten staff. None of this is okay. Do one.”

But the man in the white t-shirt continues the argument, saying: “I’ve been in this shop yeah, and I have been followed about for no f****** reason.

"Just because I am wearing this.”

The woman near the door is then heard saying: “I told you why, he is a security guard and that is what he does.”

The dramatic footage was uploaded to Facebook on Saturday with the caption: "Creekmoor" in reference to the area it took place in.

The video has been viewed over 635,000 times, with many saying the man who was hit deserved it.

Paul Tilley said: “That’s right big man get your bag and f*** off.”

Chris Hanks added: “Sweet nut. What's all that bo***** about with the Stanley blade.

"Hopefully his dad will frogmarch him down here to video him publicly apologising for being a gobs***.”

Callum McCutcheon wrote: “10 seconds the exact moment you can see the reality hitting him. Look at his face!”

Daryl Rogers said: “Well it will be a crime if that Scotsman gets done for assault because the lad in the white t-shirt made a direct threat of assault and looked like he was gonna punch him, so I say self defence, good work.”

And James Wylie wrote: “Well done that man. The Scottish handshake take that ya d***.”

Police were called the Co-op around 5.40 pm after a report of "a customer being verbally abusive toward a member of the security staff".

A Dorset Police spokesman said: "It was further reported that the same male customer made threats toward a member of the public outside the store.

"There was an altercation outside the store and the customer was reportedly assaulted by the member of the public.

"Officers have spoken to all individuals involved and are carrying out an investigation into the incident. No arrests have been made at this stage."

A spokesman for Co-op said: “Police are investigating an incident outside our Creekmore Lane, Poole, store involving members of the public.” 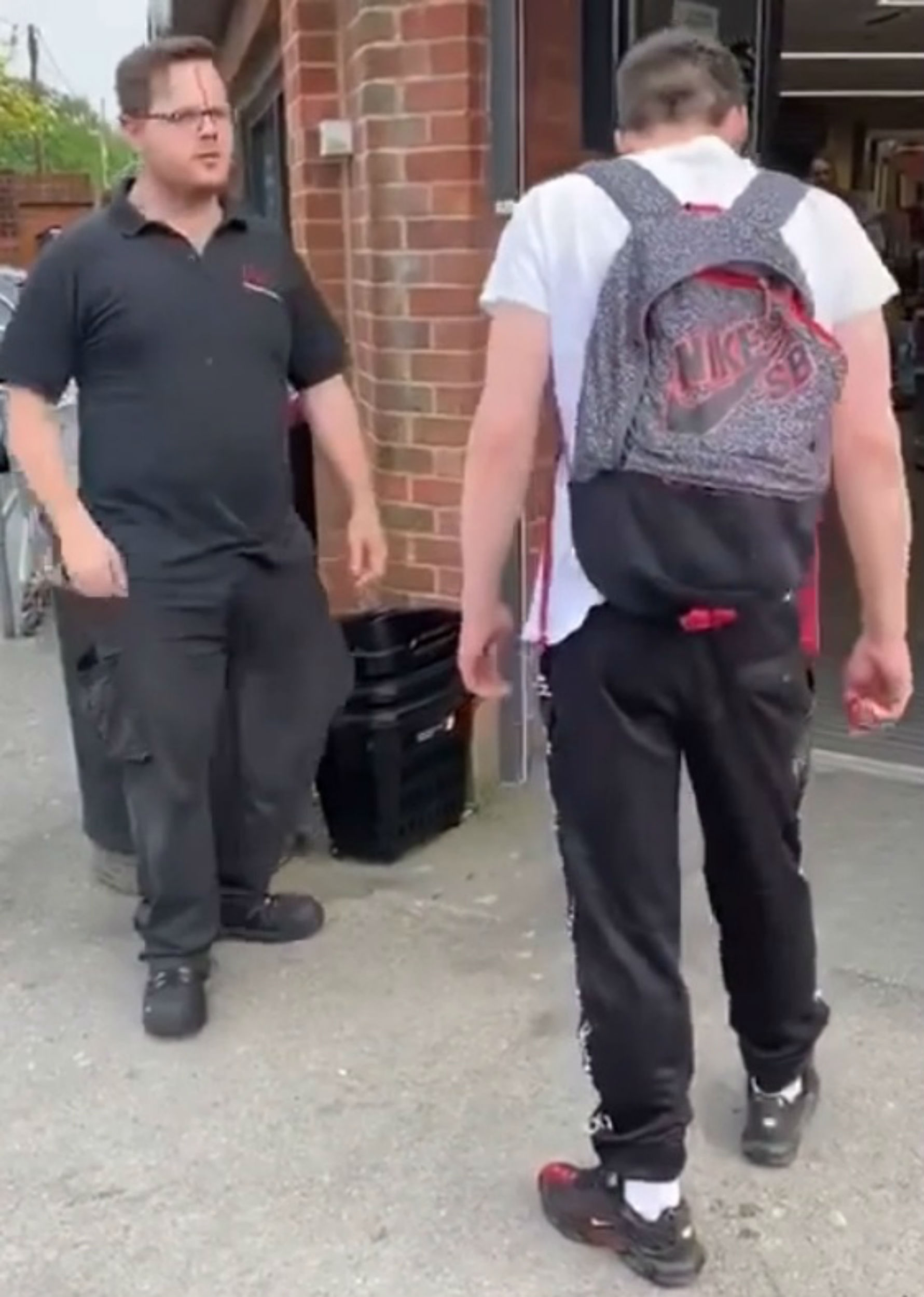 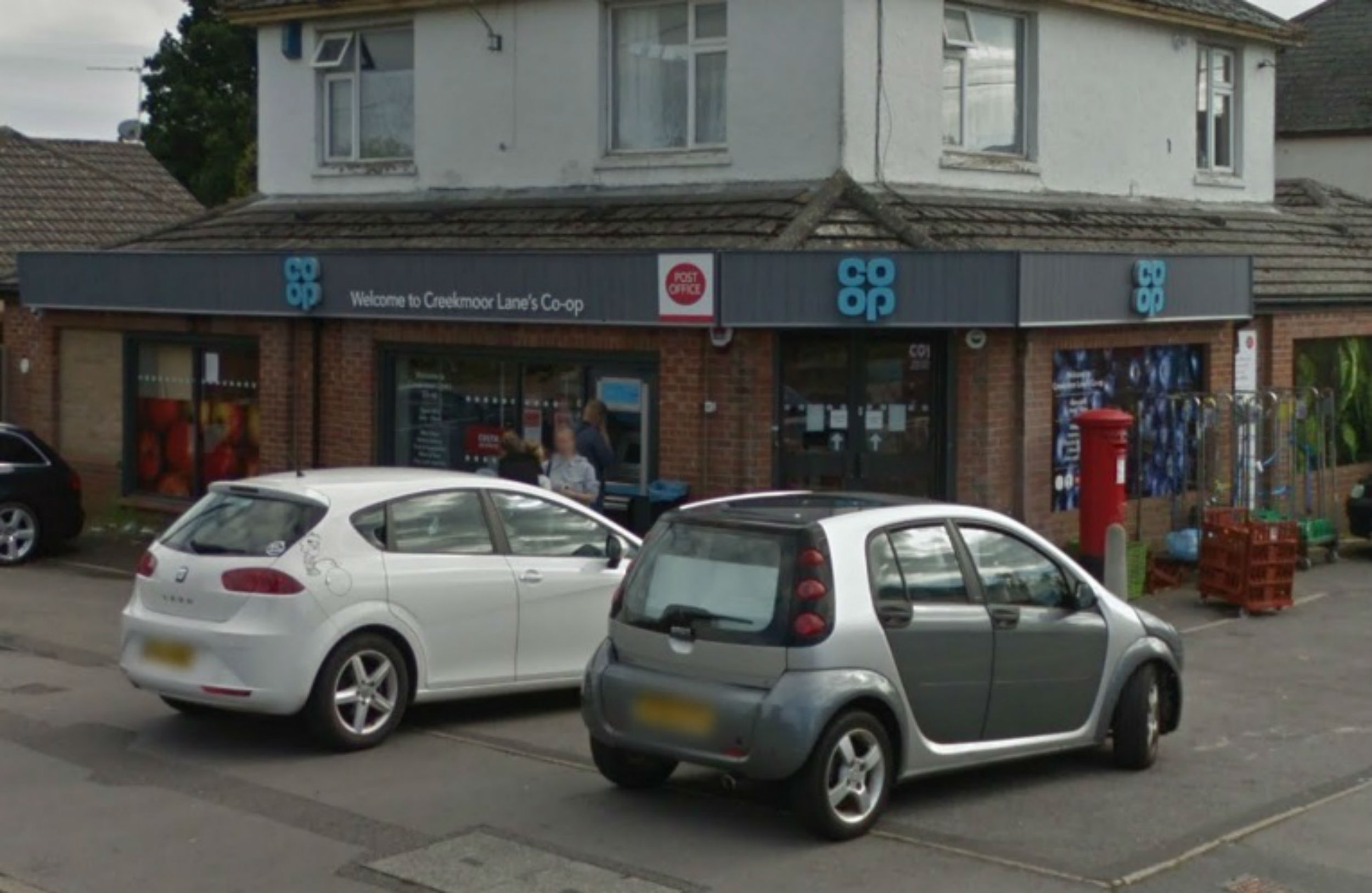