GOLFERS needed to yell boar instead of fore as three players were bitten by huge pigs trotting on to the greens.

The members needed medical help after being attacked as they tried to shoo the menacing pair of porkers away. 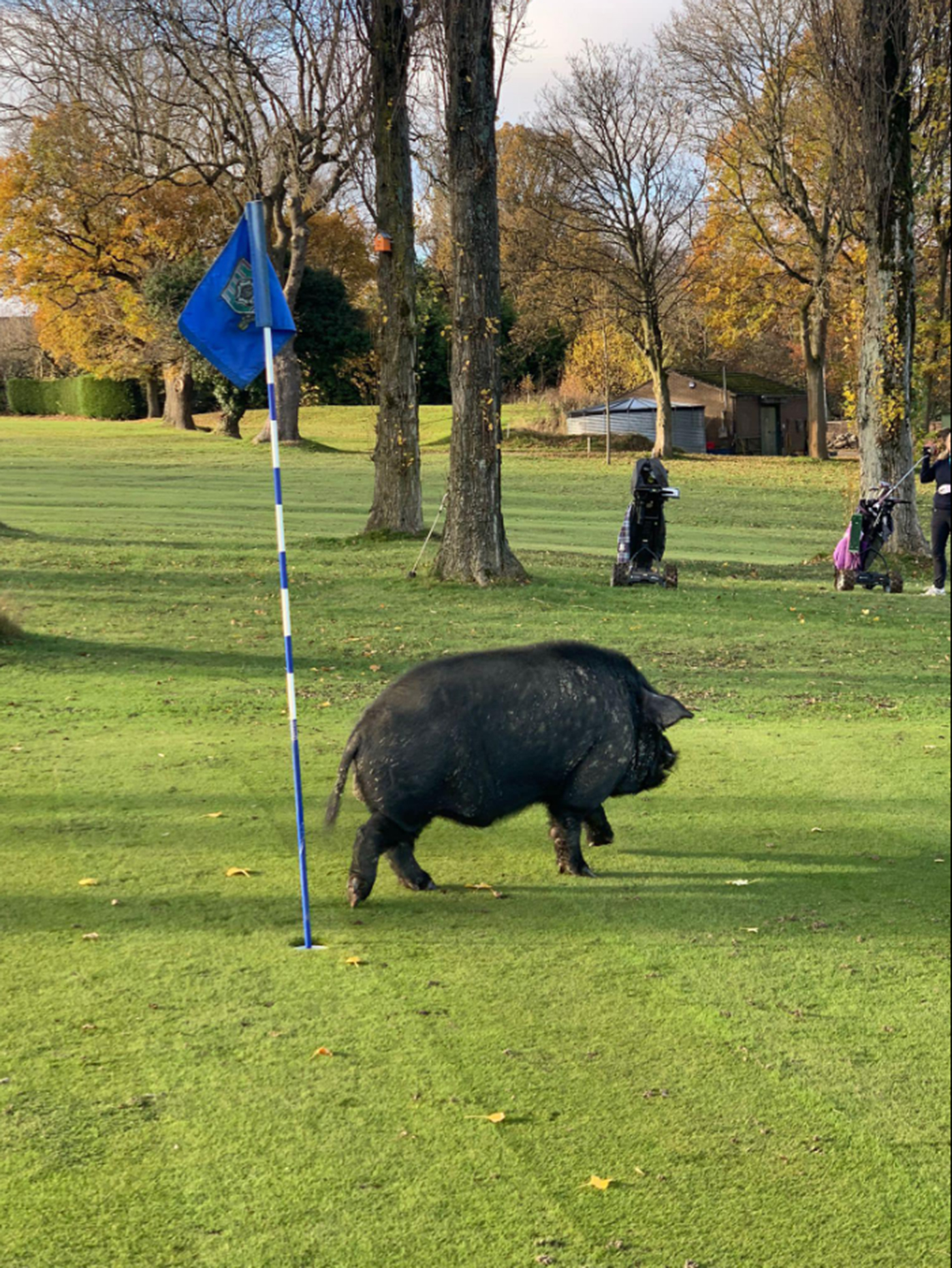 Bosses were left with no choice but to close the course after the owner of the animals could not be traced.

The pigs are believed to have escaped from a smallholding and had been roaming the £655-a-year nine-hole course for days.

“There are two large pigs roaming from below the viaduct on to the course.

“Three members have been bitten and needed medical attention.

Dog walkers and ramblers who use footpaths criss-crossing the course were also warned about the danger.

Police were called and a farmer with an animal trailer captured one of the pigs but the other remained at large. 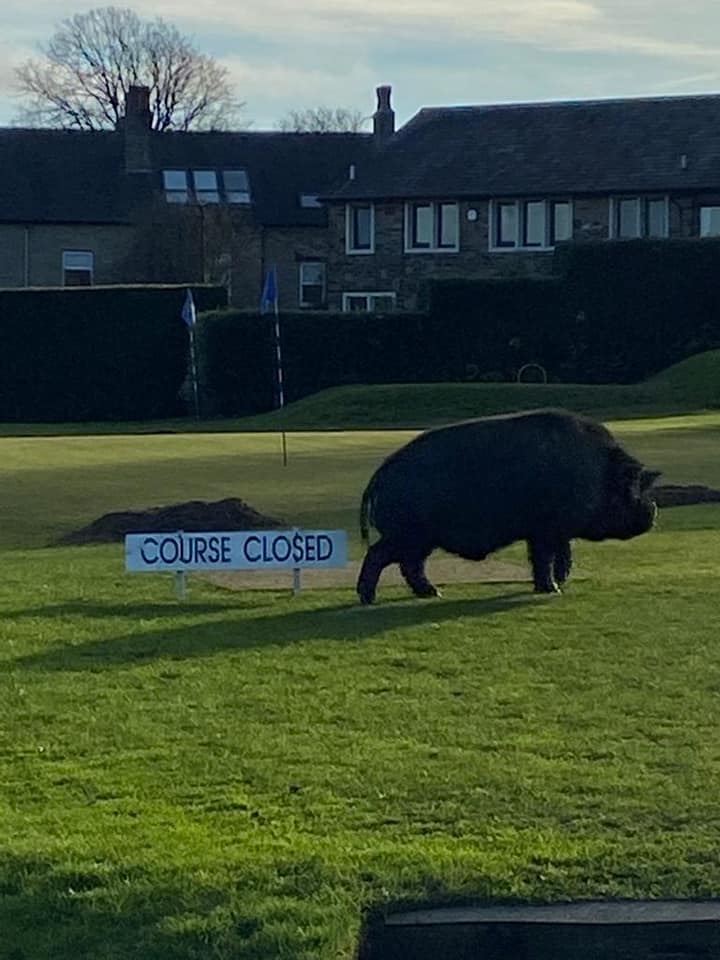 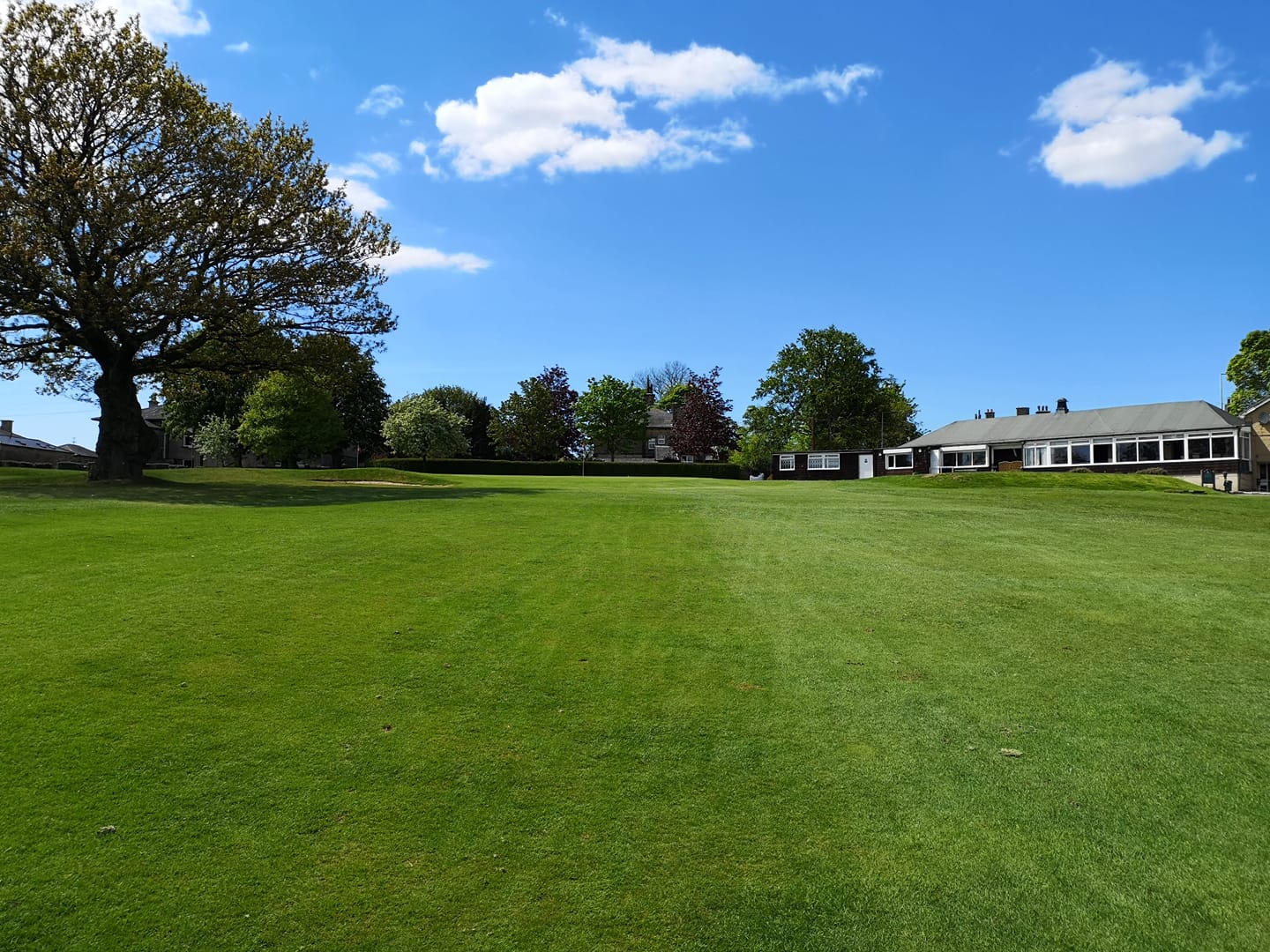