Three miners have been rescued after spending four days trapped underground in a Colombian coal mine.

Video captured the moment that Manuel Sánchez, Eduardo Mateus and Antonio Salas emerged from the mine in Lenguazaque, Cundinamarca.

They had been trapped 88 feet below the surface after their mine cart derailed Wednesday night and caused a tunnel to collapse.

The group tried to walk their way to the El Alisal mine exit but found their path was blocked.

The workers, who were all on the job for less than a week, at one point huddled as a group and thought they would never see their families. 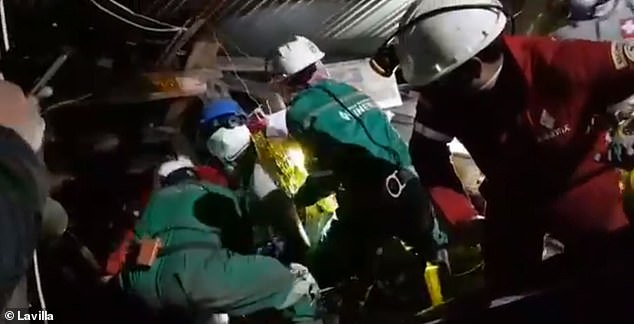 One of the three miners (covered in the gold foil sheet) is extracted from the coal mine on Sunday night in Cundinamarca, Colombia 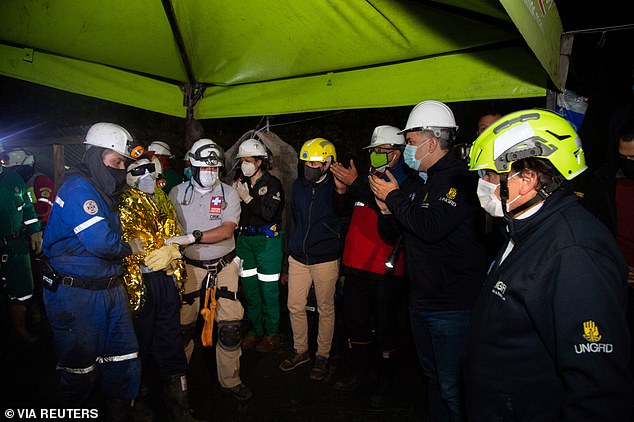 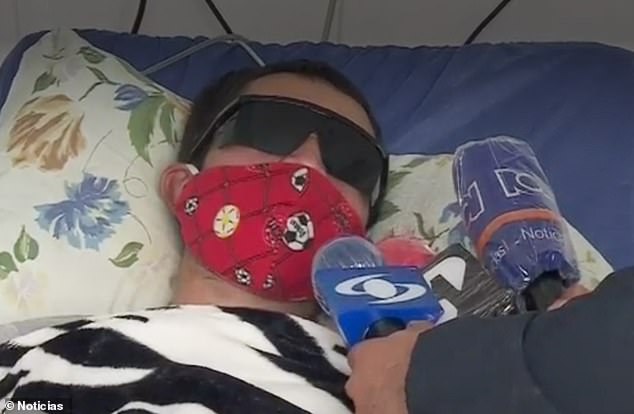 Manuel Antonio Sánchez said he and the other two miners used a hose from a punctured pump to yell for help after they got trapped inside a coal mine in Cundinamarca, Colombia, on Wednesday. The three men had been in the job for less than a week

The trio was greeted by family members and President Iván Duque, he briefly offered words of encouragement to each of the men as they were safely pulled out.

‘Thank God we stood together, three colleagues giving each other morale and as well as from those the coworkers outside,’ Mateus, 40, told local reporters Monday.

Sánchez used one of the two hoses that were connected to a pump to get the attention of their other coworkers outside the coal mine. 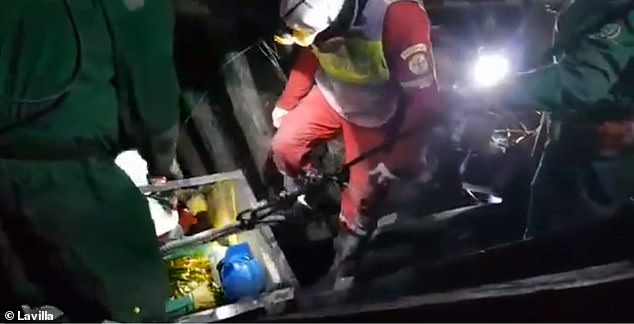 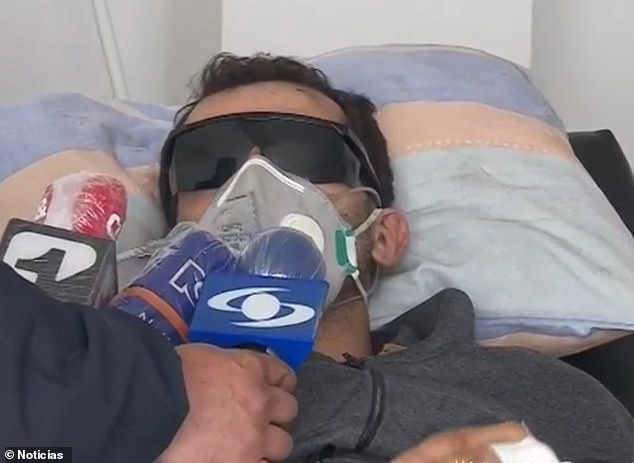 Eduardo Mateus, 40, is the youngest of the three coal mine workers who were safely extracted from a coal mine by a rescue team Sunday night in Colombia 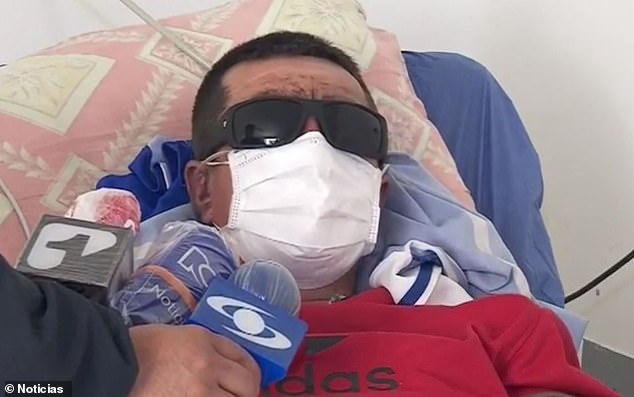 ‘We were stuck with no way out. We turned back, we went to the bottom [of the mine]. There were just two hoses, the big one, the pump was punctured,’ Sánchez said. ‘So I looked at two hoses, one for compressed air and another other, and I cut it off and started screaming through the hose when they answered me upstairs.’

The trapped mine workers spent their time telling jokes, sharing stories and sleeping, and had food and beverages delivered to them via a tube.

Salas, 45, had his eyes covered to protect them from the light as he was the first of the three miners pulled out of the cave at 9pm local time.

He had made drawings of his daughter to pass the time underground.

Sánchez followed by being extracted from the mine and was immediately placed in an ambulance. Mateus, the youngest miner of the group, was the last to get out.

All three men were taken to Ubaté Central Hospital where they will remain under observation.