A furious mother has hit out after months of living in the shadow of a huge shipping container her neighbour had craned into his small back garden in Hull.

The woman, who did not want to be identified, said the monstrosity has loomed high over her fence since being dropped just steps away from her living room doors 18 months ago.

Around 19 feet in length, the ‘eyesore’ has also left her family unable to open windows due to ‘toxic’ smoke billowing into her home from a makeshift chimney, she claims.

The mother, who lives with two of her children in the Bransholme area, said she has made six complaints to Hull City Council regarding the container. 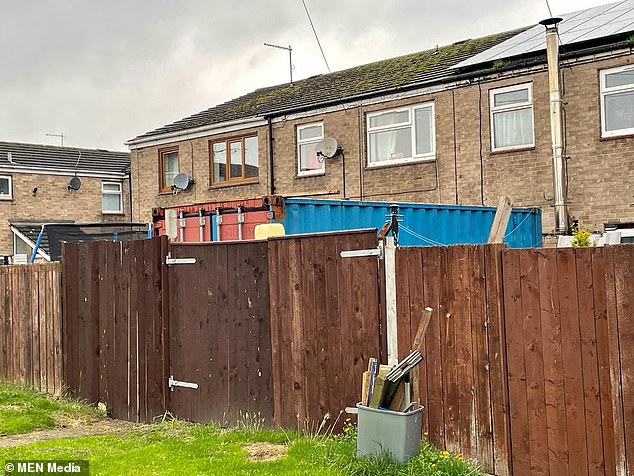 She claims it is of equal annoyance to many of her neighbours, too, with the makeshift chimney being used daily.

The woman said: ‘I should not have to live like this. When he lights the chimney he burns wood pallets and my living room fills up with toxic smoke that gets on your chest, even when my windows are closed.

‘I am constantly having to wash my curtains as they stink of smoke.’

The mother added that the family also have to keep their curtains drawn both because she cannot bear to look at the container and to prevent her neighbour from looking in when he is on its roof.

‘He took our fence down to get it in and when he put it back up, weeks later, he took about an extra foot-and-a-half from my garden.

‘It blocks out my light and he’s forever climbing on top of it so I have to keep the curtains shut so he can’t look in. 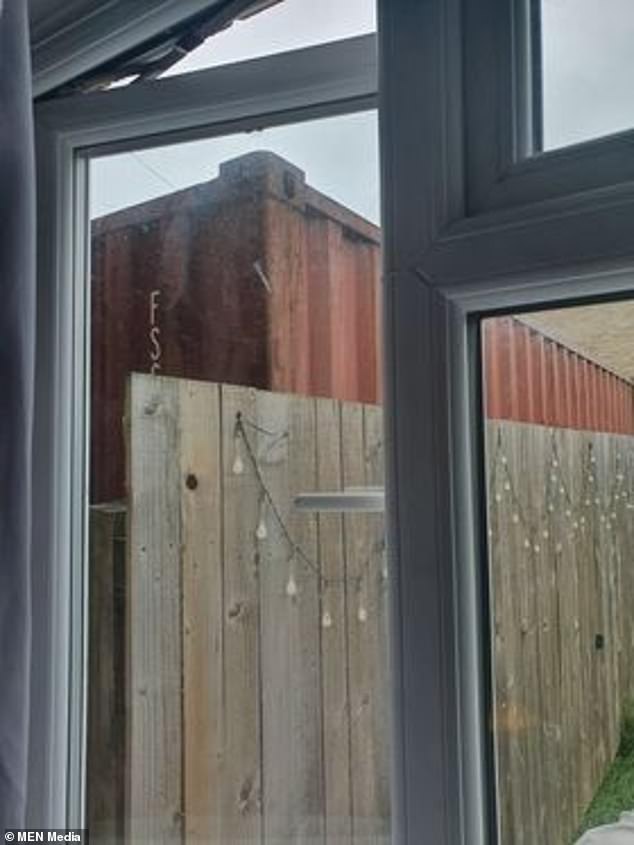 ‘He also stores wood and metal on top, which is not strapped down, and I have kids and animals that use the garden, so it’s not safe.’

‘The council is just not interested. I don’t know if it’s because I’m from Bransholme and they think it doesn’t matter. I’m sure they wouldn’t let someone get away with this in Swanland.’

She claimed the council has been contacted multiple times over the 18-month period, but the family is still awaiting action to be taken against her neighbour.

However, Hull City Council insists it is trying to help the family.

A spokesperson said: ‘Following a service request from the resident in July 2020, investigations were undertaken regarding the smoke and also planning controls relating to the container.

“Upon confirming the results in October 2020, the council made several attempts to contact the resident, however calls and letters were unanswered.

“The most recent service request last week is awaiting further information from the resident.

‘Although further attempts will be made to obtain the information we need, our ability to respond to requests for service is very dependent on a good level of communication from all involved.’