There is perhaps no greater honor for a Buffalo Bills fan than a player choosing you — and your beer — to celebrate a touchdown in Orchard Park.

Rich Donohue was the recipient of such honor on Sunday when Bills left tackle Spencer Brown spotted him in the stands holding a tall boy. Stefon Diggs had just corralled a touchdown pass from Josh Allen against the Carolina Panthers. Brown, relishing his role as Buffalo's designated on-field cheerleader, guided Diggs in Donohue's direction, grabbed Donohue's beer and proceeded to pour it all over the triumphant Bills wide receiver. He saved enough to dump on his own face. 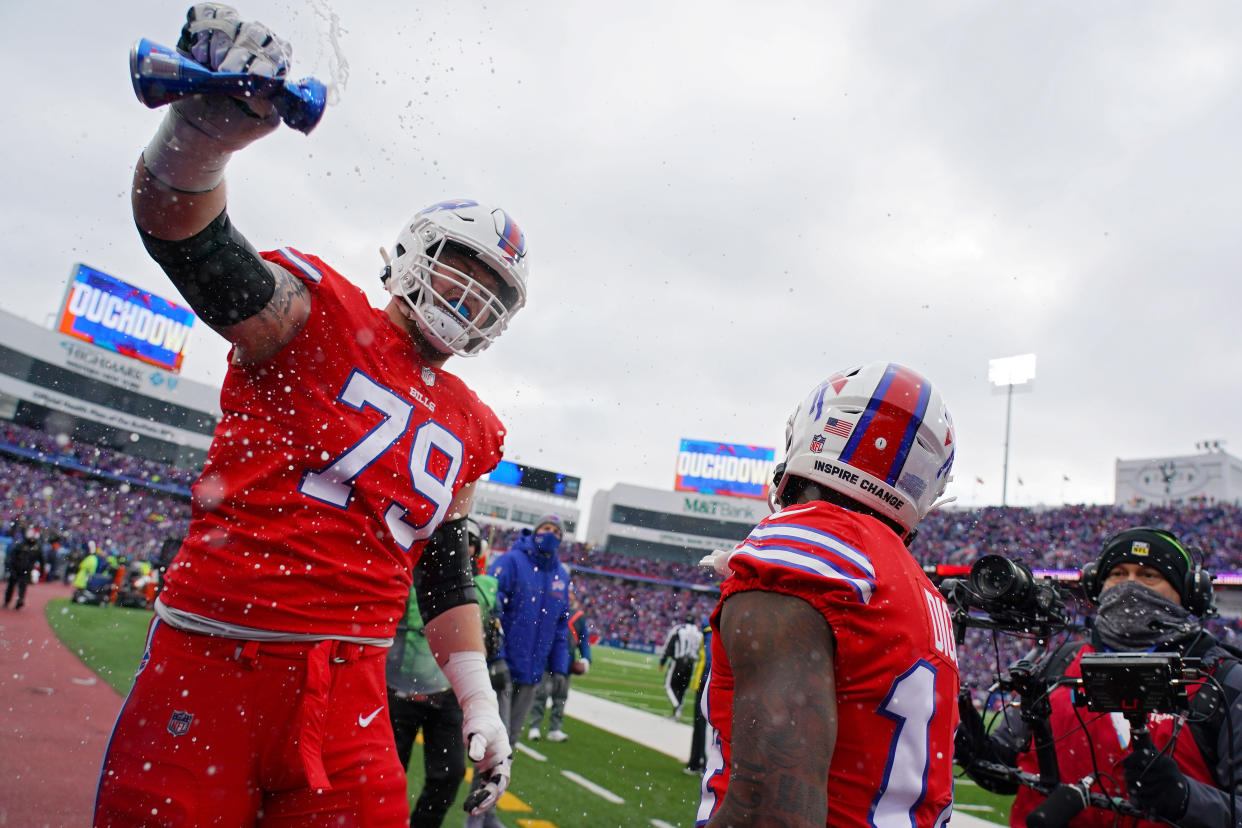 In doing so, he earned a $5,000 fine from the NFL for using a prop. NFL Network's Mike Garofolo reported the fine on Friday — Christmas eve, to be clear. Brown confirmed the fine on Twitter alongside a defiant photo of himself enjoying said frosty brew.

A $5k beer. That was the fine for the #Bills lineman from the NFL for using a prop.

Buffalo, the next 1,000 Bud Lights are on the house. https://t.co/FUQKAjXIVx

And to be clear, Donohue was not at all upset to sacrifice his stadium-priced beer for the greater good. News 4 Buffalo's Sarah Minkewicz shared video of the moment and caught up with Donohue, who confirmed that he was more than happy to make the sacrifice.

“You can’t put a price tag on that. It was just a beer. I can always get more beer.”@news4buffalo photog @Hope_Winter and I talked with Bills fan Rich Donohue who handed his beer to @BuffaloBills Spencer Brown 😎

Hear about his experience at 10&11

“You can’t put a price tag on that," Donahoe told Minkewicz "It was just a beer. I can always get more beer.”

So everybody involved was happy on Sunday. Well, except for the Panthers, of course. And the National Football … err, No Fun League.