DOWNING Street today slapped down mooted plans to slap Brits with fines if they don't swap over their dirty gas boilers to greener ones – but warned they will lose out if they don't.

It came after reports that ministers' upcoming eco-strategy will include radical measures to encourage Brits to go green and emit less filthy carbon into the air. 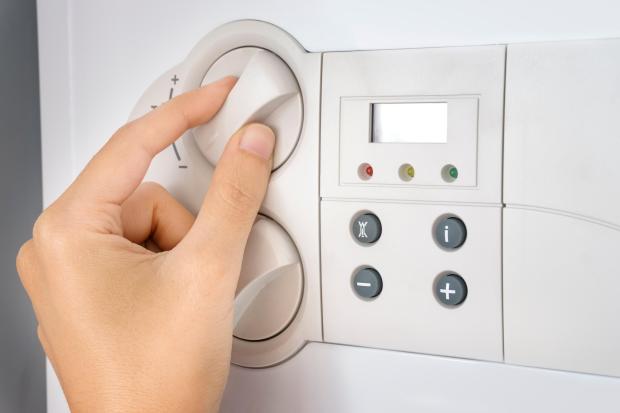 Heating is a huge source of the country's emissions, and if Britain is going to reach its legally binding target of getting to net zero by 2050, then it needs to swap out boilers for more eco friendly alternatives in the coming years.

But a huge row in Government is brewing on the best way to do it – and who pays for it.

And MPs say the move could spark riots like the poll tax if it's not done right.

MP Steve Baker has warned that the move could spark consumer anger.

He told the Daily Mail: "The policy elite have persuaded themselves there is a consensus for net zero without anyone bothering to explain the implications to the public.

'When people do work out the cost and impact on their lives there is going to be a huge backlash.

"If we go down the road of forcing people to replace their boiler at a cost of thousands of pounds it will make the cladding scandal look like a walk in the park."

It was claimed at the weekend that ministers were eyeing up plans to slap Brits with fines if they decided to buy a new gas boiler if theirs broke down.

And officials had refused to say on the record it wouldn't happen.

But today a No10 spokesperson said: "We're not seeking to fine consumers for using fossil fuel appliances they've already installed or refusing to switch for example."

But asked to explicitly rule out "any financial penalties" the spokesman was more vague, saying: "We want to ensure that there are incentives for the public to transition to low carbon alternatives. By making these choices, affordable and efficient and easy for the public."

Brits are on track to get a grant of £4,000, which could be higher, from next April to incentivise them to rip out their boiler and use a heat pump instead.

Ministers are also looking at switching subsidies on gas over to electric – to make it more expensive for people to keep their gas boilers – but this likely won't be for several years once more people have made the swap.

The upcoming Heating and Building Strategy is set to reveal the plan in full, but isn't expected to be out for another few weeks.

Boris Johnson previously promised to The Sun that it wouldn't hit readers in the pocket to go to net zero.

The CBI has previously called for winter fuel payments to be means tested to help people make their homes more energy efficient.

The Treasury also gives out grants to Brits who buy green electric cars, which may be another option for encouraging people to switch to heat pumps.

Ministers are expected to confirm that gas boilers – like petrol and diesel cars – will be banned in the coming years, with 2035 being pencilled in as a likely date.

Gas boilers are already being banned in all new-build homes from 2023 – two years earlier than planned.

The Business department wants to make it mandatory for anyone replacing a conventional gas boiler or doing significant renovations to go green.

But replacements such as eco-friendly heat pumps are ­typically at least £10,000.

Green lobbyists say that the price will come down as more people buy them and it becomes cheaper to make them.

While in February last year, Ofgem announced plans that mean gas boilers would have to be ditched from homes or upgraded by 2050.