“We did have waits in excess of eight hours…and through most of the night,” the hospital’s Chief of Critical Care Stuart Lewena told 3AW on Tuesday morning. 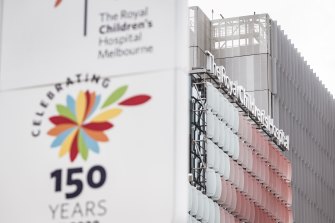 He told Neil Mitchell they had a “remarkably busy day” on Monday and there was a sick child coming through the door every two minutes.

“Last night we implemented the kind of plans that we would do when we have an imminent disaster,” he said.

The doctor said while people thought life returned to normal the healthcare system was “anything but normal” at the moment.

The triage line extended out to Flemington Road on Monday night and five doctors who were not rostered on came on to help deal with the crisis, Lewena said.