A Melbourne accountant who helped fund the luxury lifestyle of a woman before she was killed has denied being her pimp or sugar daddy, maintaining they were close friends.

However, Mark Paul Gray said his friendship with Ellie Price soured shortly before her death in April 2020, when she threatened to falsely report him for rape unless he paid her $100,000. 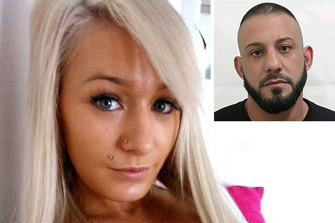 Mr Gray, 58, who was one of the last people to see the 26-year-old alive, told a Melbourne Magistrates Court hearing on Wednesday he regarded Ms Price as a younger sister and offered to help her obtain rental properties after meeting her during her work at the Men’s Gallery in 2017.

He said he felt sorry for the young mother after learning she was living on a friend’s couch with her child after returning to Melbourne from Tasmania. He offered to be a guarantor for apartments as their platonic friendship developed.

Mr Gray went on to lend Ms Price substantial amounts of money to help pay her rent, which was about $1000 a week, over the coming years. Ms Price would typically pay the money back, he said.

“She was a very easy-going young lady and quite friendly,” Mr Gray said. “I felt sorry for her, having a child … living on someone’s couch.

“Earlier on, she was repaying a lot of [the money she had borrowed]. Towards the end it was getting out of control. It just had to stop.”

Ms Price was found dead in her South Melbourne home on May 4 last year. Police believe she was fatally stabbed up to five days earlier. Her boyfriend, Ricardo Barbaro, 34, is charged with her murder. The pair were in an on-and-off relationship, the court has heard.

While under questioning by Mr Barbaro’s lawyer Mark Gumbleton, Mr Gray said he was the dancer’s only close friend in Melbourne during the three years he had known her, but in mid-2019 their friendship began to fracture and they stopped speaking for seven months as Ms Price struggled with the symptoms of her borderline personality disorder.

When they reconnected in early 2020, Mr Gray said he went on to lend Ms Price $25,000 to cover six months of rent to secure an apartment in Park Street, South Melbourne, in late March.

“It was an extremely desperate situation, a life and death situation, so I felt something needed to be done,” Mr Gray told the third day of a hearing that will determine whether Mr Barbaro stands trial.

“She was going through some very difficult times.”

He denied making financial payments to Ms Price under any pimp or sugar daddy-type arrangements, insisting he looked upon her as a “little sister” who needed his support.

However, he said that in April 2020, shortly before her death, their strained friendship had soured further when Ms Price threatened to falsely report that Mr Gray had raped her unless he paid her $100,000.

Mr Gray maintained the threat was a symptom of her poor mental health, and she apologised the following day.

Mr Gray, who denies any involvement in Ms Price’s death, said days later he agreed to give her $100,000 to buy a salon, immediately transferring $25,000. He also offered to give Ms Price a $1000-a-month allowance over the following year if she ceased contact.

Mr Barbaro was arrested on May 14 and later charged with murder.

If you or anyone you know needs support, you can contact the National Sexual Assault, Domestic and Family Violence Counselling Service on 1800RESPECT (1800 737 732).

Our Morning Edition newsletter is a curated guide to the most important and interesting stories, analysis and insights. Get it delivered to your inbox.