Son of nurse, 60, who died from coronavirus blasts one per cent pay rise for NHS staff as ‘an insult’ amid warnings experienced staff could quit

The son of a 60-year-old nurse who died from coronavirus has blasted the one per cent pay rise for NHS staff as ‘an insult’ amid warnings experienced staff could quit.

The mother-of-five, who worked for the NHS for 17 years, had underlying health conditions but chose to return to the front line because she wanted to care for others, her family said.

Her son Colin, 33, has since slammed the government’s one per cent pay rise as ‘disrespectful’ and ‘an insult to a lot of nurses’.

Earlier this week Health Secretary Matt Hancock claimed the one per cent pay rise for staff was ‘fair’ – costing the government over £500million a year – and said that he cared about nurses.

NHS workers are now planning to carry out socially-distanced protests outside Downing Street and in Manchester city centre over the pay offer later today. 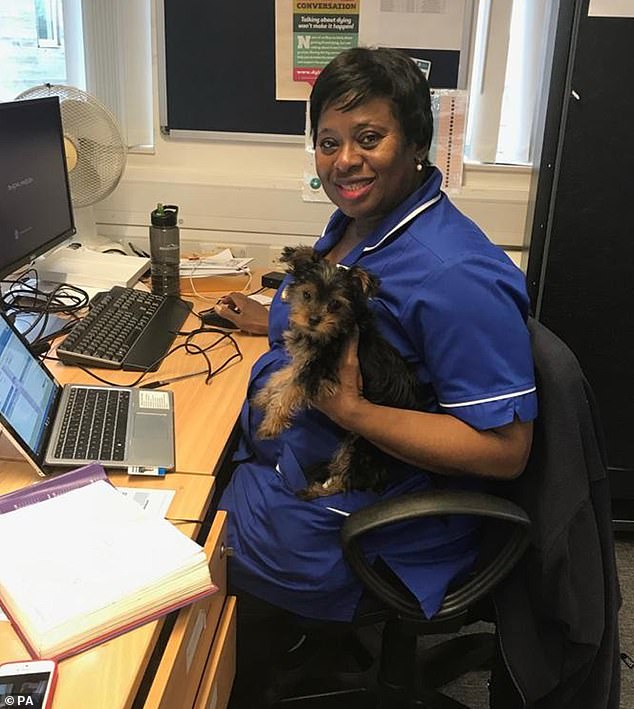 Mrs Udeagbala had encouraged several members of her family to to pursue a carer in healthcare.

Her husband, Francis, is a psychiatric nurse, daughter Cheyrinne is a midwife, Angelica is a paediatric nurse, and son Colin, along with Gerard, are mental health nurses.

Colin, speaking about the pay rise offer, told The Times: ‘The rise in pay has always been… below inflation so realistically, they’re not really getting a pay rise.

‘It actually seems like a pay cut to most people. There’s so many nurses that… have to go to food banks and things just to make ends meet, and I think that especially for nurses who have been pretty much on the front line… of this coronavirus battle, a 1 per cent pay rise, it’s really small.

‘You would have thought that the government would say: “OK, you know, nurses have sacrificed a lot, and this is our way of saying thanks”.’

Matt Hancock defended the wage recommendation on Friday, arguing there were ‘issues of the affordability’ following £400billion of borrowing by the Government during its response to the coronavirus crisis.

He told the Downing Street press conference that the pandemic had brought ‘financial consequences’ but claimed the offer was ‘fair’. 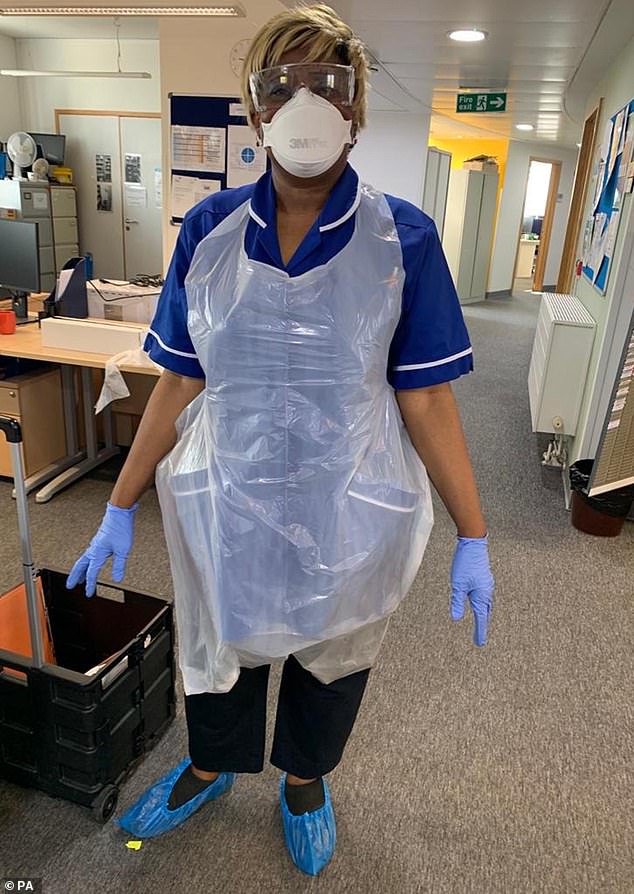 The mother-of-five, who worked for the NHS for 17 years, had underlying health conditions but chose to return to the front line because she wanted to care for others, her family said

Mr Hancock – who promised last year he would ‘fight’ to ensure the NHS was given a ‘reward’ in the aftermath of the pandemic – claimed he ‘bowed to no-one in his admiration’ for nurses, adding: ‘I learnt that at the knee of my grandmother who was a nurse.’

They said NHS workers ‘have literally kept the country alive for the past year’ as coronavirus ripped across Britain.

The letter, seen by the BBC, read: ‘The proposal of a 1 per cent pay offer, not announced from the despatch box but smuggled out quietly in the days afterwards, fails the test of both honesty and fails to provide staff who have been on the very frontline of the pandemic the fair pay deal they need.

‘Our members are the doctors, nurses, midwives, porters, healthcare assistants and more, already exhausted and distressed, who are also expected to go on caring for the millions of patients on waiting lists, coping with a huge backlog of treatment as well as caring for those with Covid-19.’ 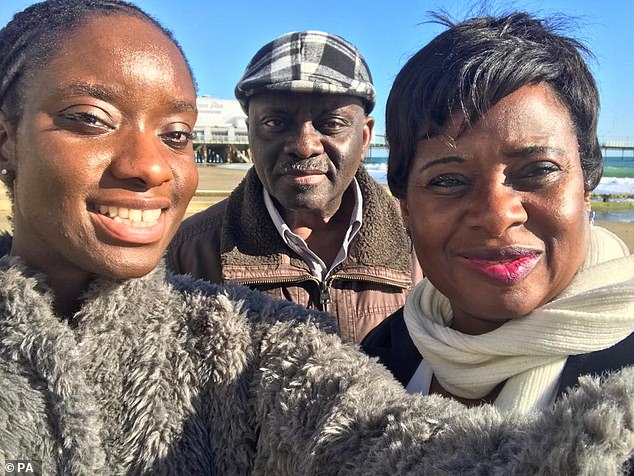 Linda (right) had encouraged several members of her family to to pursue a carer in healthcare  including husband Francis (centre), who is a psychiatric nurse, and daughter Cheyrinne (left), who is a midwife

NHS workers are now planning protests around England at the Government’s decision to recommend the pay rise – a move Labour predicts could help make new nurses £300 worse off.

Demonstrators have planned a socially-distanced protest outside Downing Street and in Manchester city centre later today over the pay offer.

The move has sparked talk of industrial action, and unions have warned it could see nurses leave the profession in their droves following the ‘slap in the face’ wage review from ministers after 12 months on the front line of the Covid pandemic.

Labour has argued that the Government’s recommendation for a 1 per cent pay rise for NHS workers in 2021-22 amounts to a ‘real terms cut’ to wages given that the UK’s fiscal watchdog, the Office for Budget Responsibility, is predicting consumer price inflation (CPI) will rise to 1.7 per cent in the coming year.

A newly-qualified nurse earning a £24,907 salary would face a real terms cut to the tune of £174 if the rise goes ahead, according to Labour.

And with personal income tax allowance frozen at 2021-22 levels for five years by the Chancellor at the Budget and council tax likely to rise in a host of areas next month, the Opposition party said a new nurse could find themselves £307 worse off by 2023.

Shadow chancellor Anneliese Dodds accused her opposite number Rishi Sunak of ‘turning his back on our NHS heroes before the crisis is even over, repeatedly hitting their pockets’.

The outcry over the proposal has not been restricted to the Opposition benches, with a former Tory health minister arguing it was the ‘wrong time’ to be restraining the pay of NHS staff who have gone ‘above and beyond’ during the coronavirus epidemic.

Conservative MP Dr Dan Poulter, who has been assisting on the NHS front line, told the BBC: ‘For me, this is, from a moral perspective, the wrong time to be applying pay restraint.’

Senior Tory backbenchers Sir Roger Gale and Andrew Percy are among those to have broken ranks to criticise the 1 per cent decision in recent days.

The Observer reported that many Tory MPs now believe the 1 per cent offer will be revisited when the NHS pay review bodies recommend salary levels for health service staff in May.

The paper said a Government document shared with backbenchers stated ministers would ‘consider their recommendations carefully’ in the spring.

The Royal College of Nursing (RCN), which has decided to set up a £35million industrial action fund to support members wanting to strike, has warned a large number of nurses could leave the profession following the suggested pay rise.

Patricia Marquis, the union’s South East regional director, told Times Radio: ‘We know there are significant numbers who are planning to leave and this slap in the face from the Government really has just reinforced their belief that they are not valued by either the Government or perhaps some of the public in the way they would want to be.’