Spain’s death toll from coronavirus has passed the 20,000 mark but parents and regional government leaders are still calling for youngsters to be let out of confinement in a growing ‘Free our children!’ campaign.

Communities such as Catalonia and the Basque Country are leading the plea to the Spanish Government, saying the mental health of families is being put in danger because of the strict curfew rules which were imposed on March 14th.

They want children to be allowed to play or exercise outside, even if they have to wear masks and abide to strict ‘time slots’ for a limited amount of time and space. 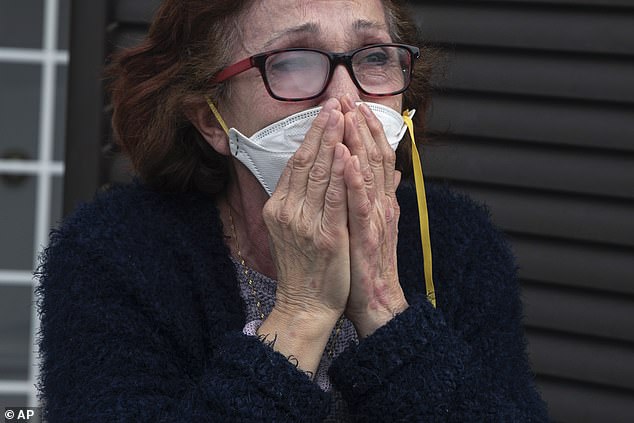 Spain’s death toll from coronavirus has passed the 20,000 mark but parents and regional government leaders are still calling for youngsters to be let out of confinement in a growing ‘Free our children!’ campaign

The call is being backed by the acting Spanish Ombudsman, Francisco Fernández Marugán and will be put to Spain’s Prime Minister in the next few days.

The communities involved want the ban on children to be lifted when the next phase of the State of Emergency comes to a close on April 26th. Pedro Sanchez has already indicated that the order is likely to be extended until May 10th.

Catalonia wants children to be able to play with limited time slots but they would have to wear masks.

Ombudsman Marugán agrees some kind of easement should be put in place for children, with space and time limits and in a controlled manner as is already happening in other countries.

‘This would be a positive move provided there are no technical objections,’ he said.

Minister of Health, Salvador Illa said he recognised the sacrifice that it means for children to stay at home and not go out but says it is necessary to act with the ‘maximum prudence’ and that when there is a decision in this regard, the Executive will announce it.

The ‘Free our Children’ plea comes as the Spanish Government admitted ‘inconsistencies’ in the daily report of the number of coronavirus deaths, new infections and recoveries.

The Ministry of Health says there is going to be strange flunctuations for a few days as a result of a new way of counting the figures.

The discrepancies came to light on Friday when the government said there had been 585 coronavirus deaths in 24 hours and gave the total so far as 19,478. Taking into account Thursday’s figures, the total should have been 19,715 but the Ministry said there had been adjustments and laid a lot of the blame on the data provided by Catalonia.

The Spanish Government has made an order to ‘unify the criteria’ after being lambasted for the ‘nonsense figures’ which also affected the reported level of new positive cases and recoveries.

An announcement is awaited on today’s figures but global sources are putting the number at 20,002.

Minister of Health, Salvador Illa said the new statistics in days to come would include the number of people who had died of coronavirus in nursing homes.

The Government is also studying how the so-called transition or lack of confidence period will be dealt with, which, according to various experts, could begin from May 11. However, emergency committee spokesman Fernando Simón said people over 70 years of age – the most vulnerable to the coronavirus – will in all probability have to continue in isolation until at least the summer.

If the pandemic gets under control, Spain anticipates a total resumption of work activity in two phases, as Labour Minister Yolanda Díaz confirmed: one that will cover the productive sectors until the summer and another, which will last until the end of the year, and which would affect tourism, culture or leisure.