Madrid: Health authorities in Spain are blaming human error for the switching of two baby girls in a maternity ward almost 20 years ago, after one of them discovered by chance through a DNA test as a teenager that she wasn’t the daughter of her presumed parents.

The 19-year old who first discovered the mistake is now suing the regional health department for more than €3 million ($4.8 million), her lawyer told a local TV station on Tuesday. 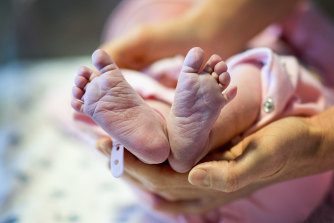 The babies who were mixed up were born hours apart and were both kept in incubators.

Health authorities in Spain are blaming an undetermined “one-off human error” for the switch, saying they would respect any judicial proceedings.

“It was a human error and we haven’t been able to find out who was to blame,” Sara Alba, health chief of Spain’s northern La Rioja region, told a news conference Tuesday.

“We are not aware of any other cases,” it said, adding that current systems in place would prevent any similar mix-up from happening again.

The woman, who prefers to remain anonymous, was born in 2002 in the San Millan de Logrono hospital in La Rioja some five hours after another baby girl.

The newborns were both in incubators because they were born underweight.

“In the case of my client, she was born later but was given to the mother who gave birth to the first child,” Jose Saez Morga, the lawyer, told the TVR television network. “This is negligence so gross that it speaks for itself.”

He said he had filed a claim on behalf of his client against La Rioja’s health department for immeasurable emotional harm caused by the error.

The lawyer could not be reached for further comment.

According to the larioja.com news site, the girl grew up in a dysfunctional family and was mostly raised by her grandmother.

The error came to light in 2017 after her alleged father demanded a paternity test during a child support dispute, which confirmed she was unrelated to her presumed father. A later test showed that she was not a genetic relation of her presumed mother either.

The woman is awaiting a DNA test to confirm the identity of her biological parents.

The other woman who was handed to the wrong parents has been informed of the mistake, local newspaper La Rioja said.