THIS bald eagle swooped down to catch a prairie dog for lunch but instead got the fright of its life.

In a true David and Goliath tale, the little rodent was able to startle the North American predator long enough for it to escape into a nearby burrow. 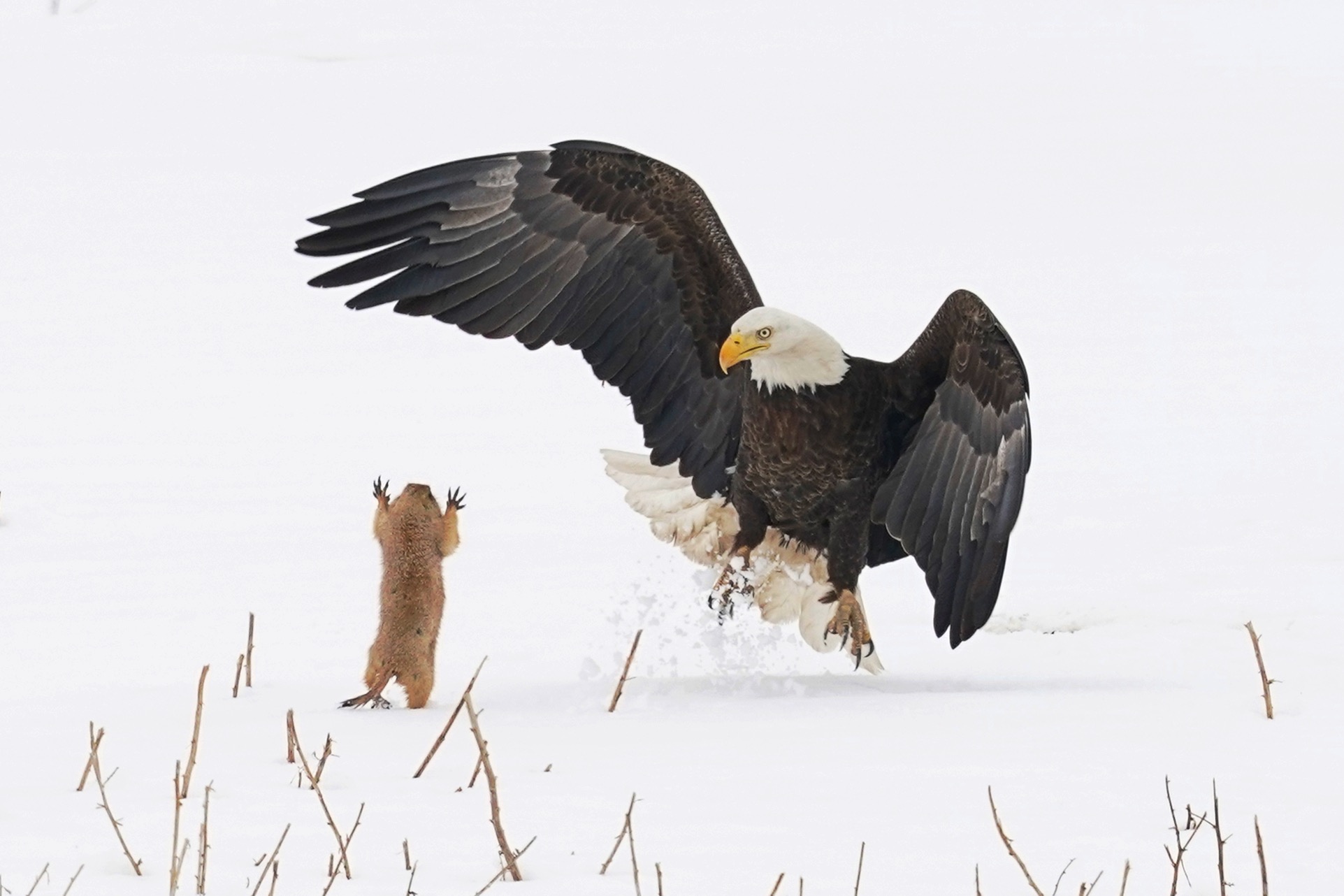 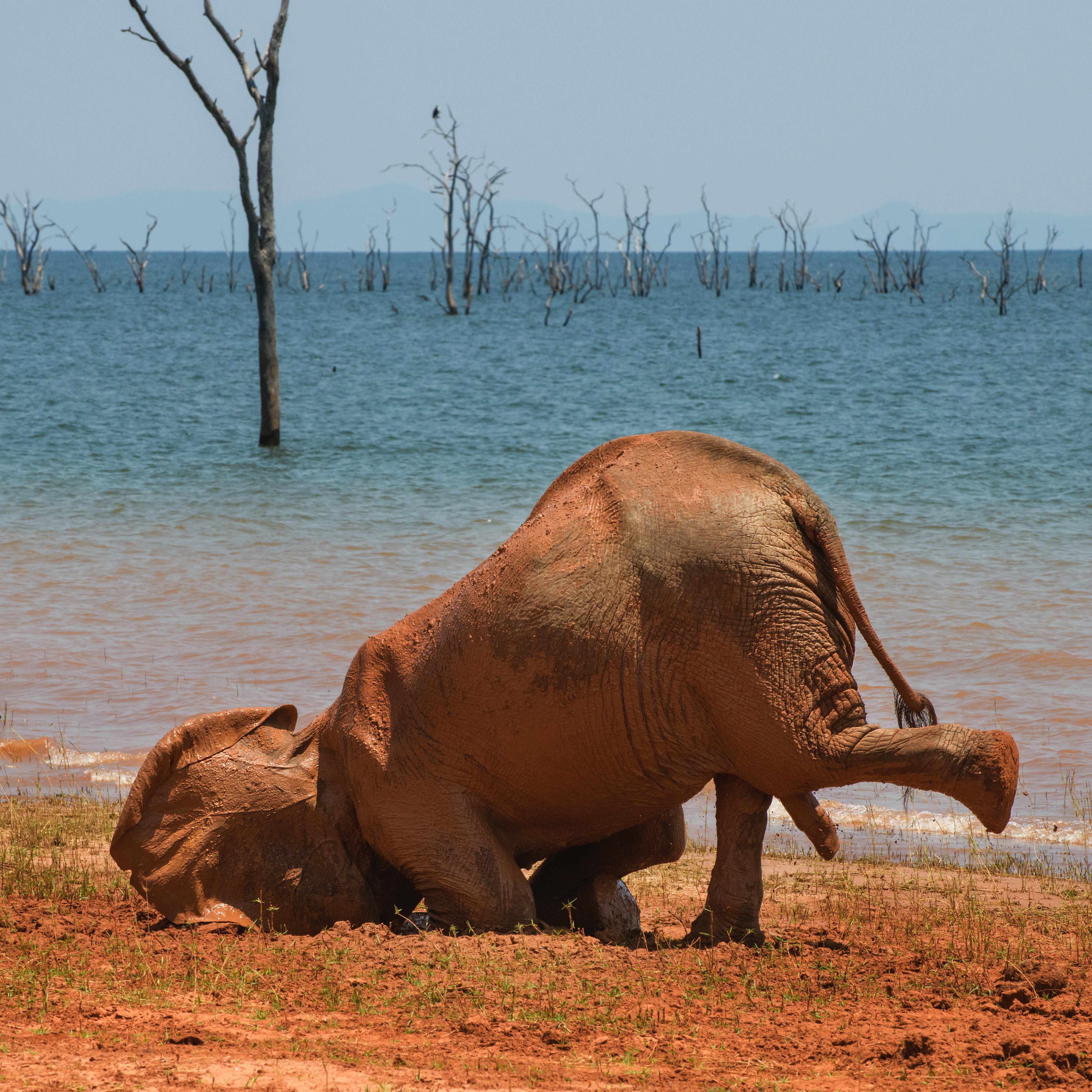 Meanwhile snappers in Zimbabwe caught the embarrassing moment an elephant fell face first into a bath of mud.

But the mammal appeared delighted to take a soak in the cooling sludge during a hot afternoon.

And in a mountain range in India a grumpy chameleon sat on a tree branch pulled a hilarious pose appearing unhappy at having his picture taken.

Closer to home a pigeon quickly realised summer was over when it perched on a ledge only to get a leaf blown in its face.

Elsewhere in Romania a photographer watched in awe as an adorable young bear played hide and seek with him behind a tree.

These incredible photos are contenders for this year's Comedy Wildlife Photography Awards. 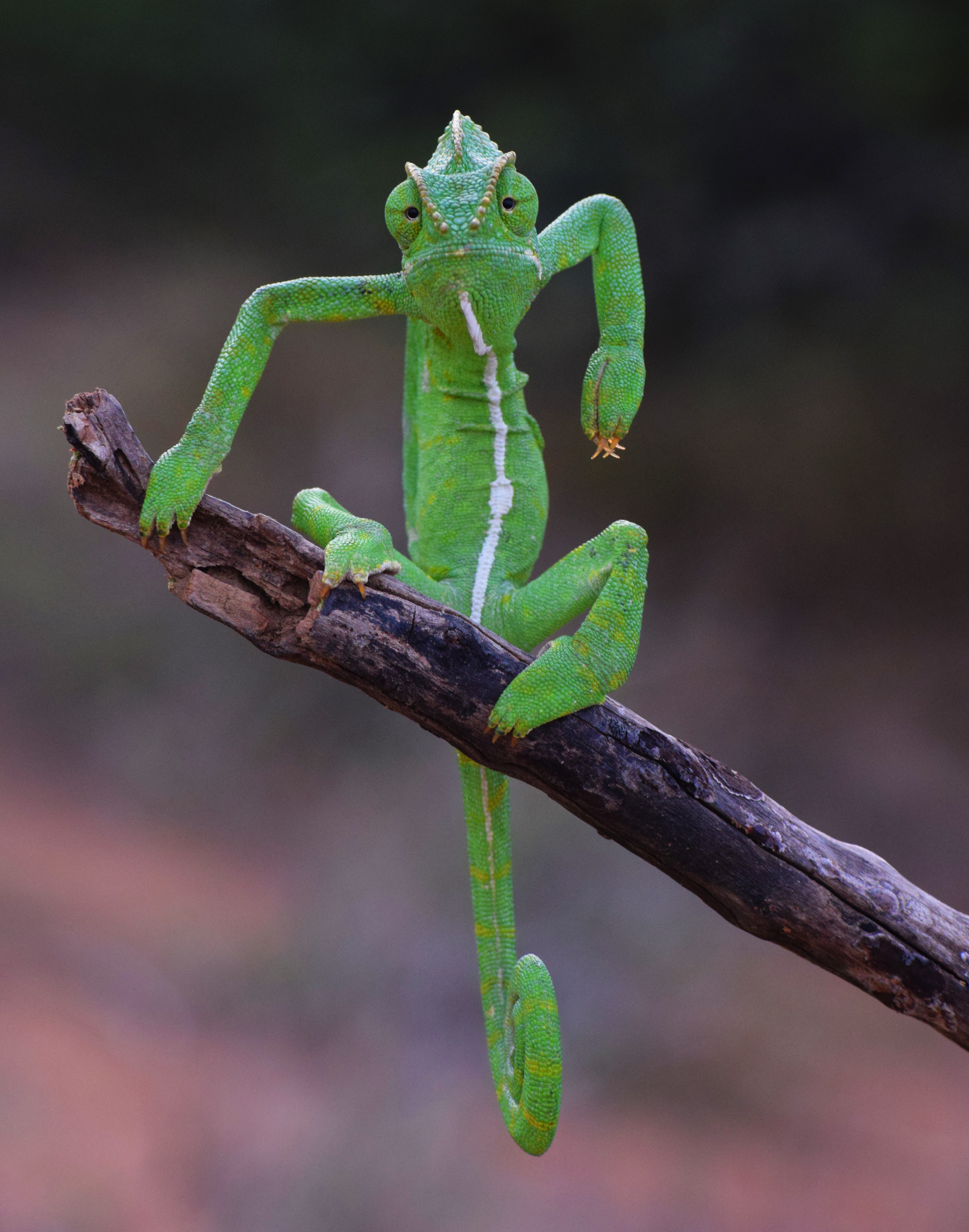 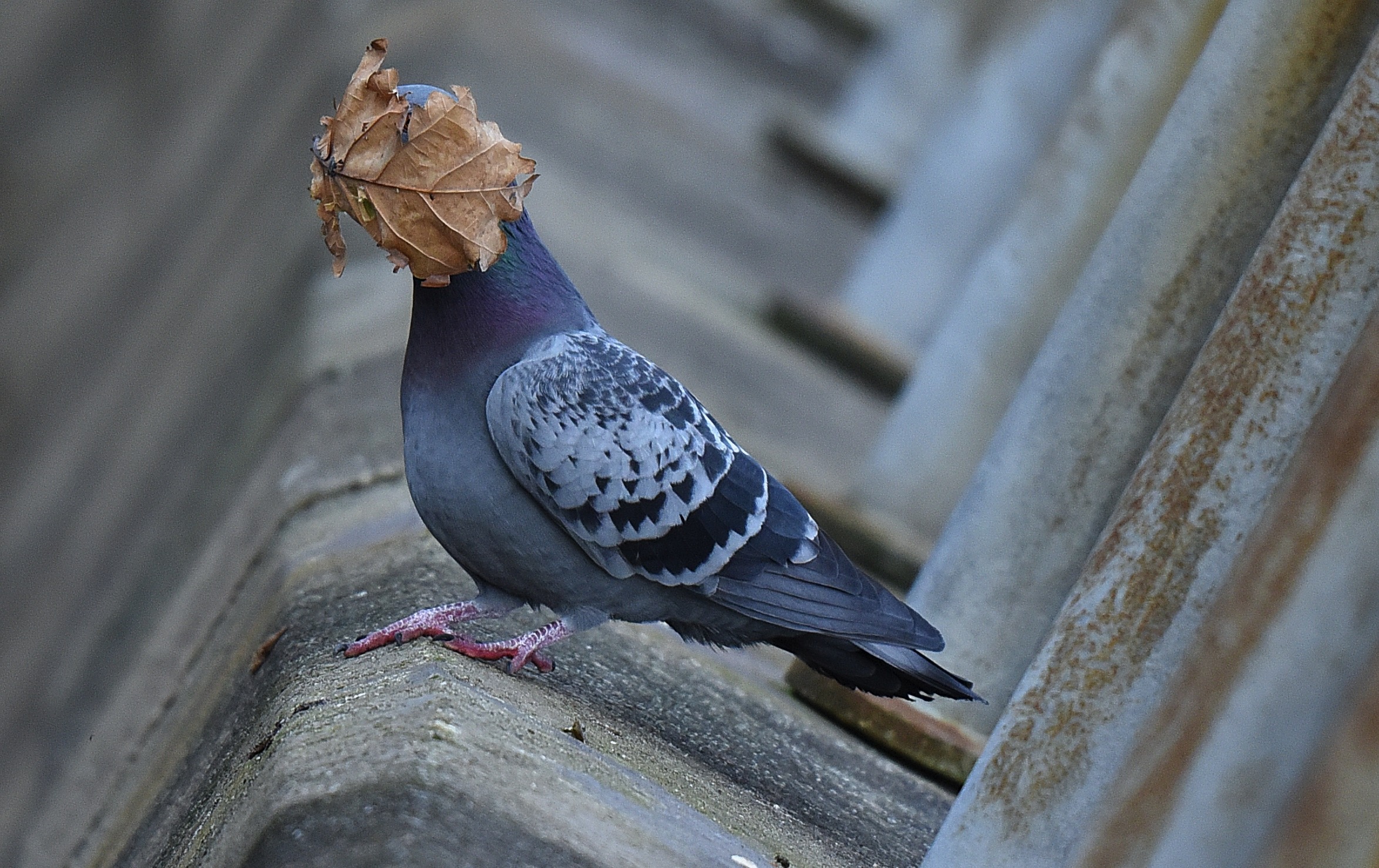