STUDENTS at a Florida high school were forced to wait for their yearbook after teachers and parents made a fuss about the inclusion of a Black Lives Matter movement section.

West Broward High School’s handout of its $90 yearbook titled “The Edge” was put on ice following a brouhaha over two controversial pages. 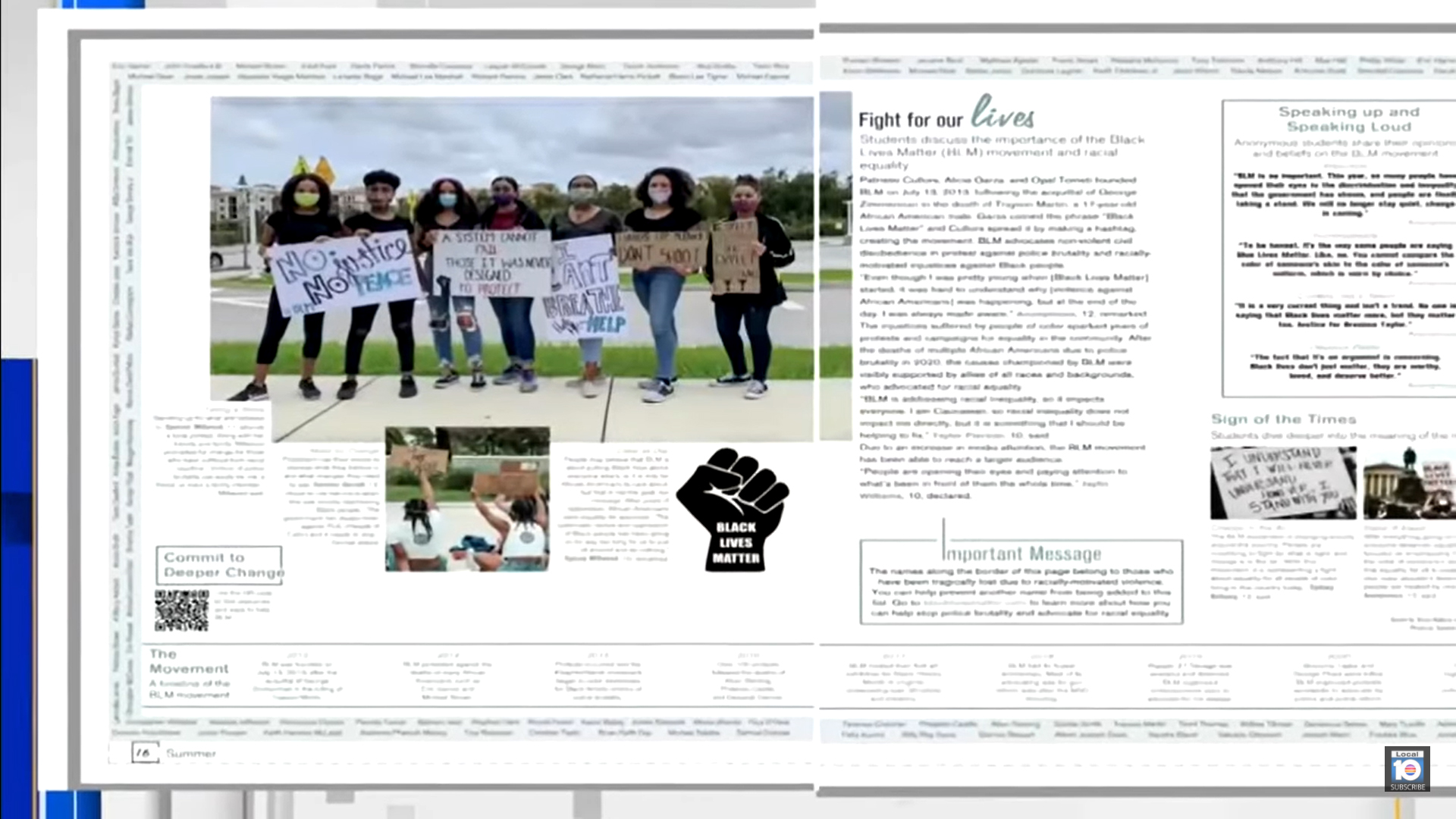 “Most of it is history,” yearbook Co-Editor-in-Chief Elise Twitchell told WPLG. “Of why it’s happening.

“I guess more parents’ complaints came in,” the senior said.

On Friday, David Fleischer, a teacher at the Pembroke Pines, Florida high school and the yearbook’s advisor, informed students they had to halt handing the tomes out because district officials wanted to take a closer look at two pages that deal with the racial justice movement.

“We just didn’t feel that including anything beyond Black Lives Matter was appropriate because we thought that it took away from the purpose of the page,” David Fleischer told the station.

He pointed out that the fury over why there weren't more perspectives portrayed beyond BLM.

“That it didn’t seem objective, there were no opposing views,” he told CNN.

“They mentioned the fact that we should have had, or could have included, something like Blue Lives Matter, All Lives Matter.”

That misses the point, according to Fleischer. 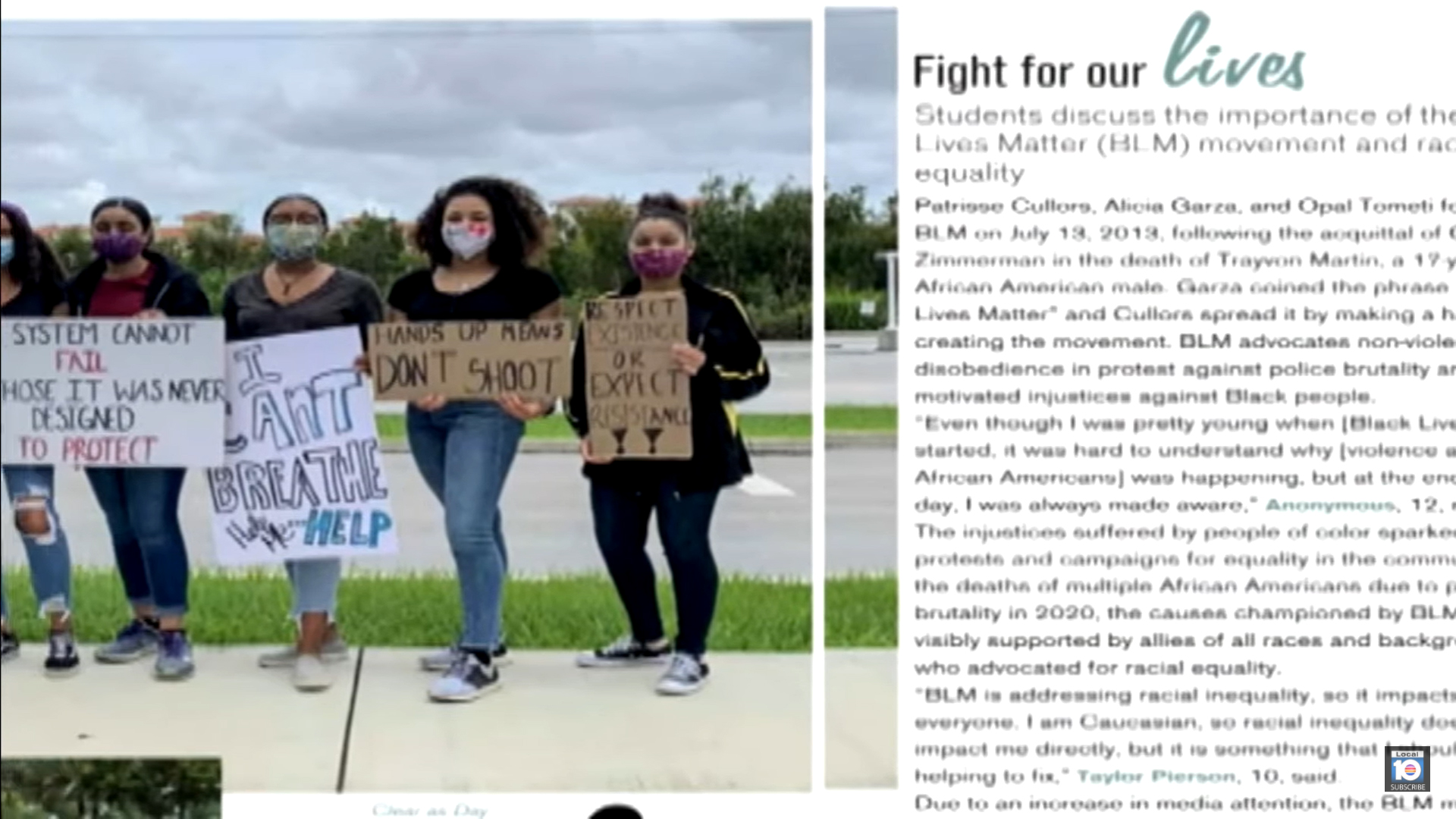 “Indefinitely suspending the yearbook over a spread advocating for education about racism is not what a “world-class” school does,” he explained to WPLG, adding the administration was given ample time to review the yearbook prior to it going to the presses but “chose not to.”

He responded with an email on Monday to his high school counterparts claiming that there isn’t nor should there be an “opposing viewpoint.”

"Stating 'All Lives Matter' is equivalent to stating 'all houses matter' when one in the neighborhood is on fire," Fleischer's email read, according to CNN.

"Advocating for one group does not mean you are attacking another, but using a countermovement distracts from the discussions that must occur about how people of color are impacted by racism."

“Stating ‘All Lives Matter’ is equivalent to stating ‘all houses matter’ when one in the neighborhood is on fire.” 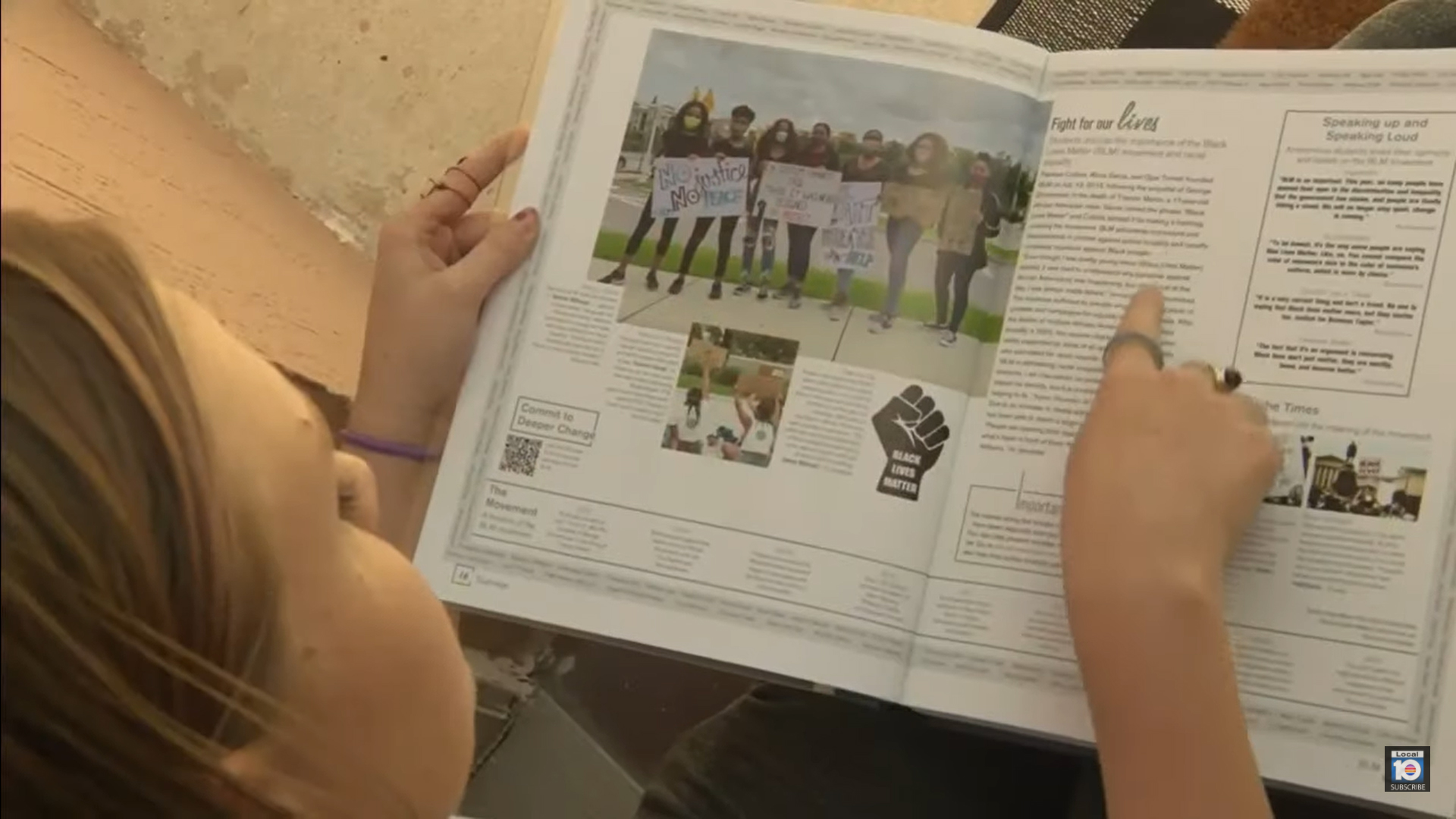 “Advocating for one group does not mean you are attacking another, but using a countermovement distracts from the discussions that must occur about how people of color are impacted by racism.”

On Monday, the district permitted the distribution of The Edge to recommence.

But there remain a lot of sore emotions.

“I know that their intent was to do the right thing, I’m just not sure that their execution was necessarily appropriate,” Fleischer said.

It also explained how they backed students’ “freedom of expression” with the content featured in the yearbook.

“As the yearbook is intended to highlight notable and newsworthy events from that year, student journalists exercised their freedom of speech in documenting the movement,” the statement added.

The district also noted that an insert was included in the yearbook disclaiming that the views being expressed in The Edge “are not sponsored by the District.”