A luxury property 17th Century listed property, only a short walk from Hampsted Heath in north London, is going up for sale.

The five-bed house, which dates from the 1600s was once home to John Ireton, Lord Mayor of London, and was split into two during the 18th century.

The Queen Anne-style home is on a terrace known as The Bank, which sits above the main Highgate Hill road.

The property also features a large dining room and a wine cellar.

It is being sold by Sotheby’s International Realty.

According to the selling agent, the property is a 3,166 square foot Grade II* family home. 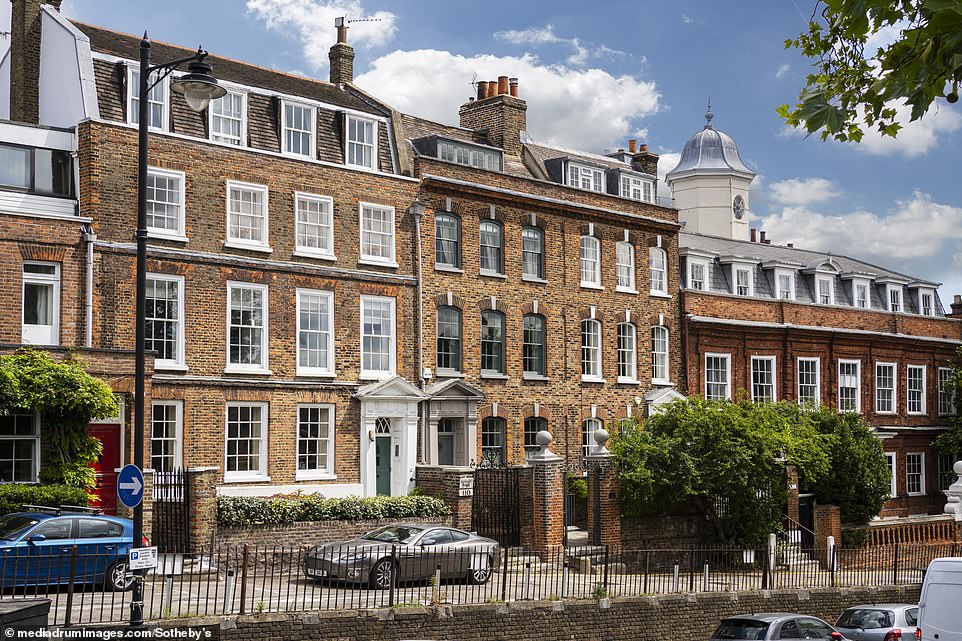 A £4m Queen Anne-style town house over three floors has gone on the market in Highgate HIll, north London 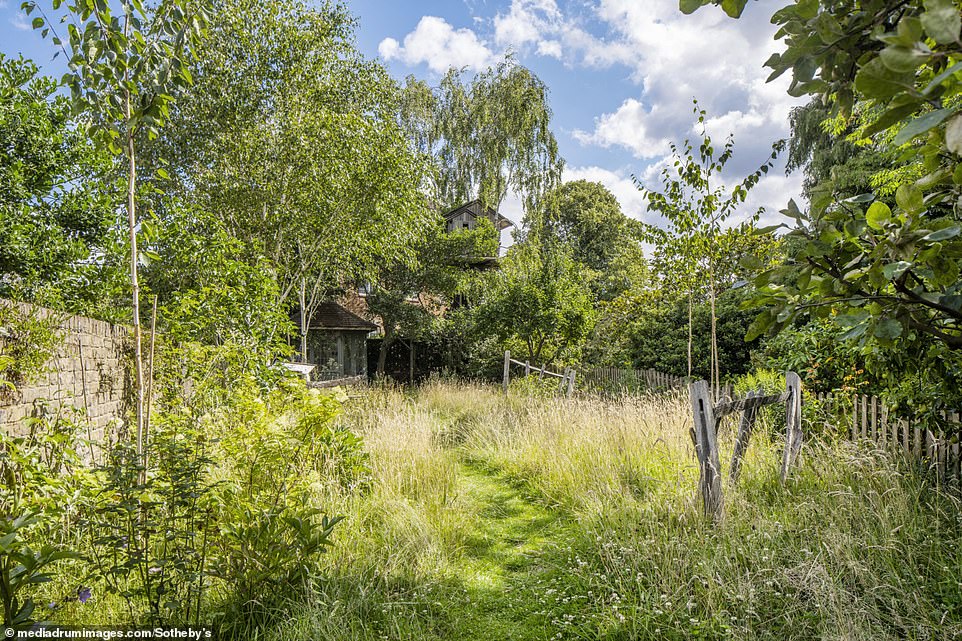 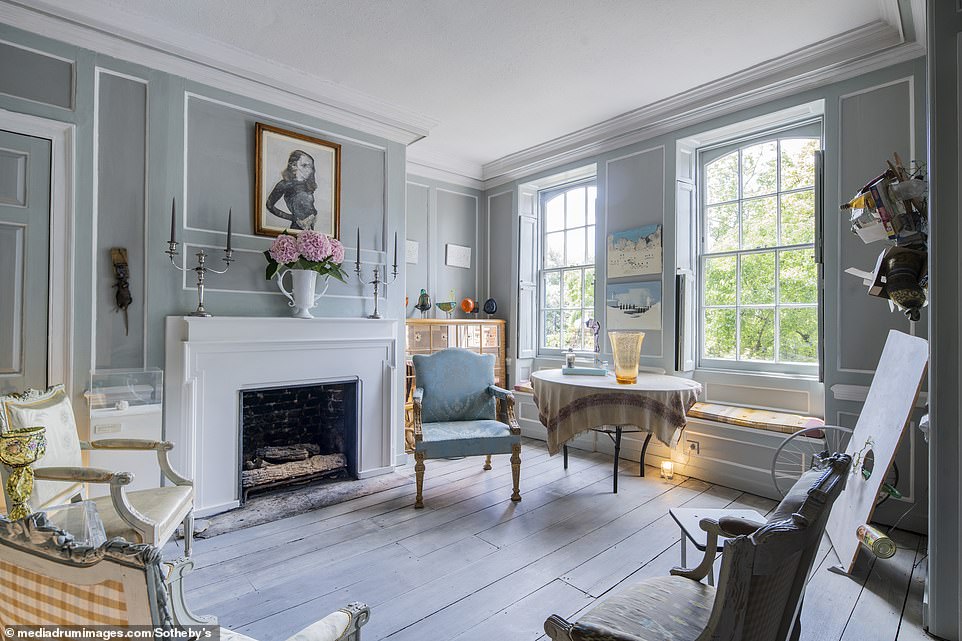 Inside the house, the 3,116 square foot property  features amazing sash windows and high ceilings allowing light to flood in 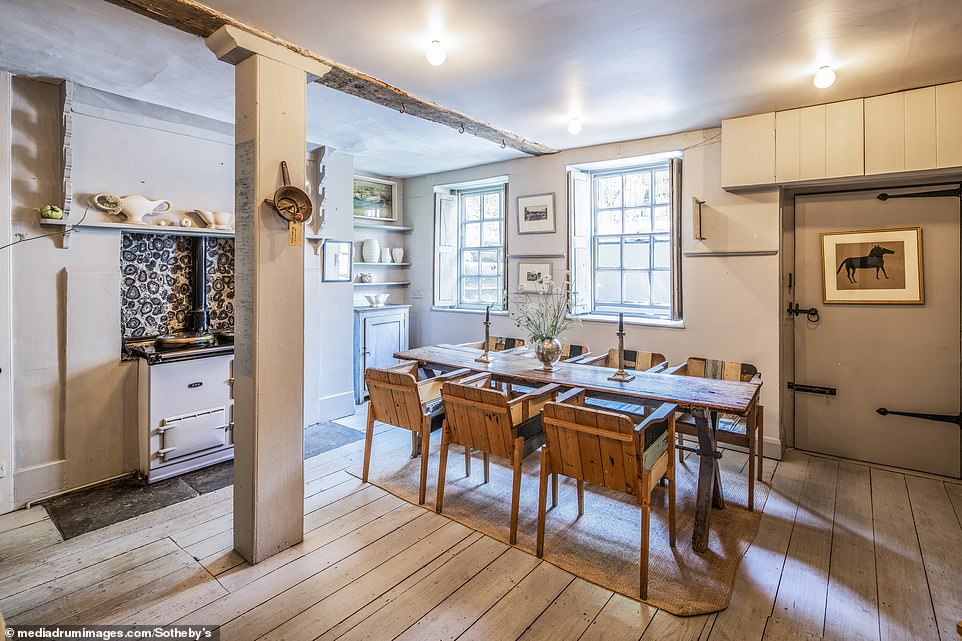 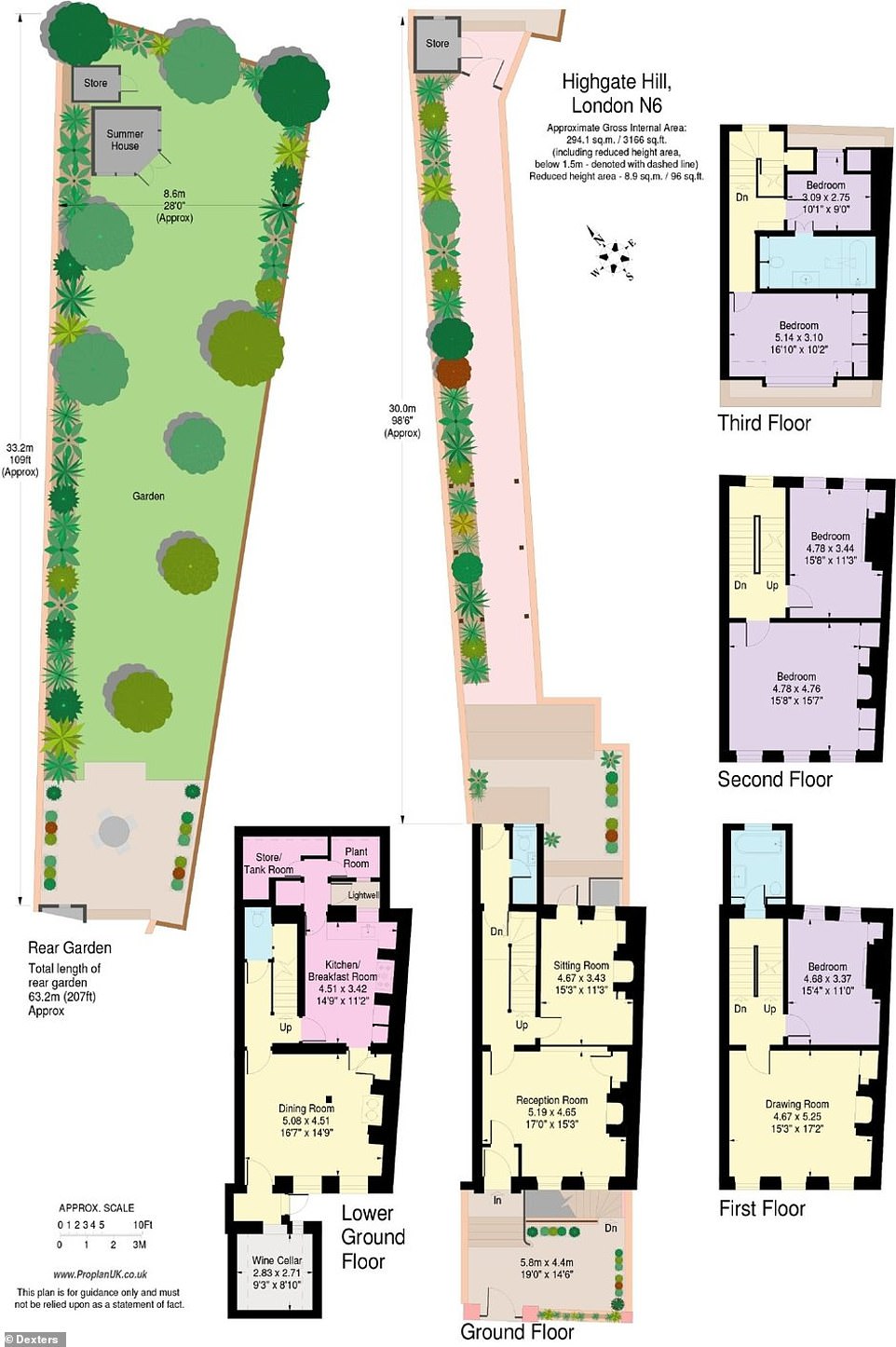 The listing said: ‘The kitchen on the lower ground leads to an intimate yet formal dining room with access to a wine cellar.

The reception area leads out onto a private courtyard and into a 100ft long mature wildlife garden. At the bottom of the garden there is a children’s tree house.

Inside the luxurious property, there are two marble bathrooms and two guest cloakrooms.

It is also a short walk from Highgate tube station and the Northern Line. 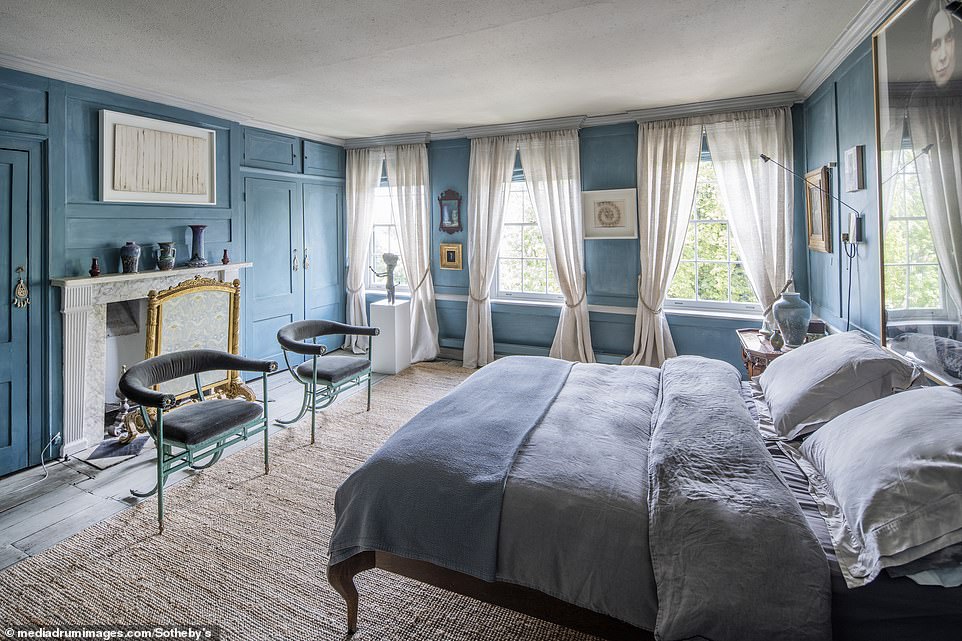 The property features five bedrooms, each of them decorated in a luxurious style with wooden floors 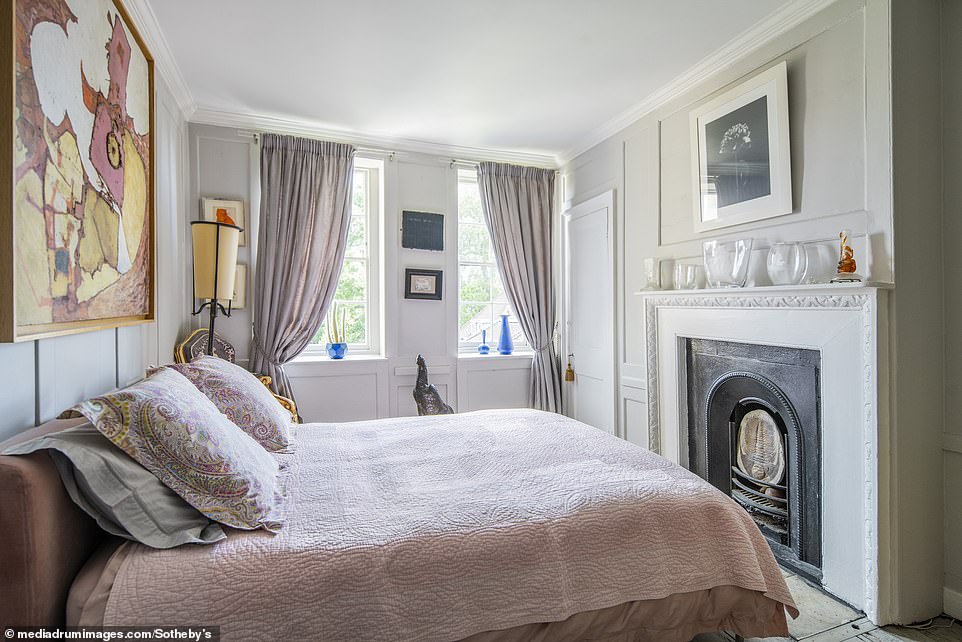 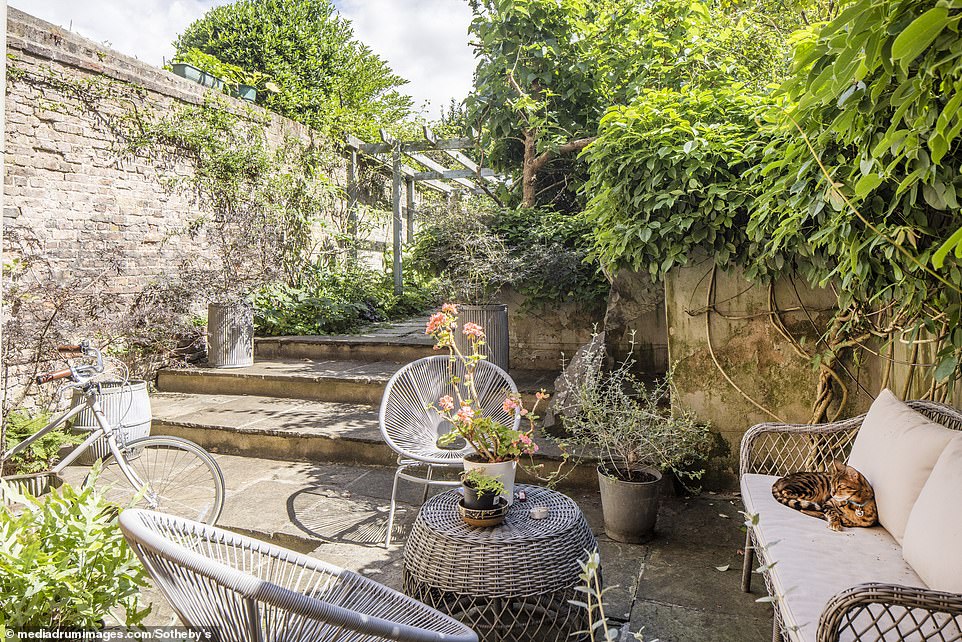 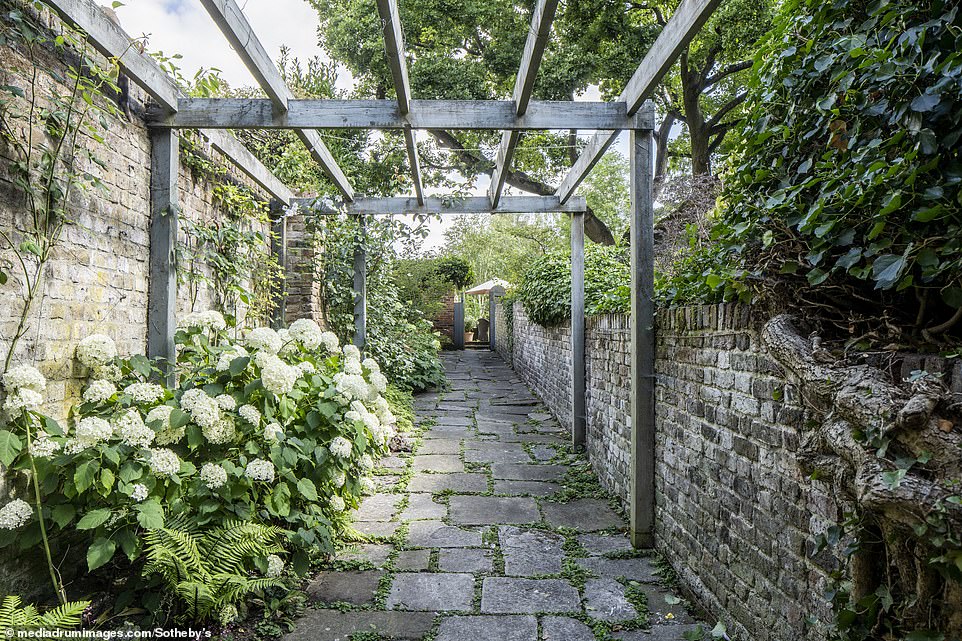 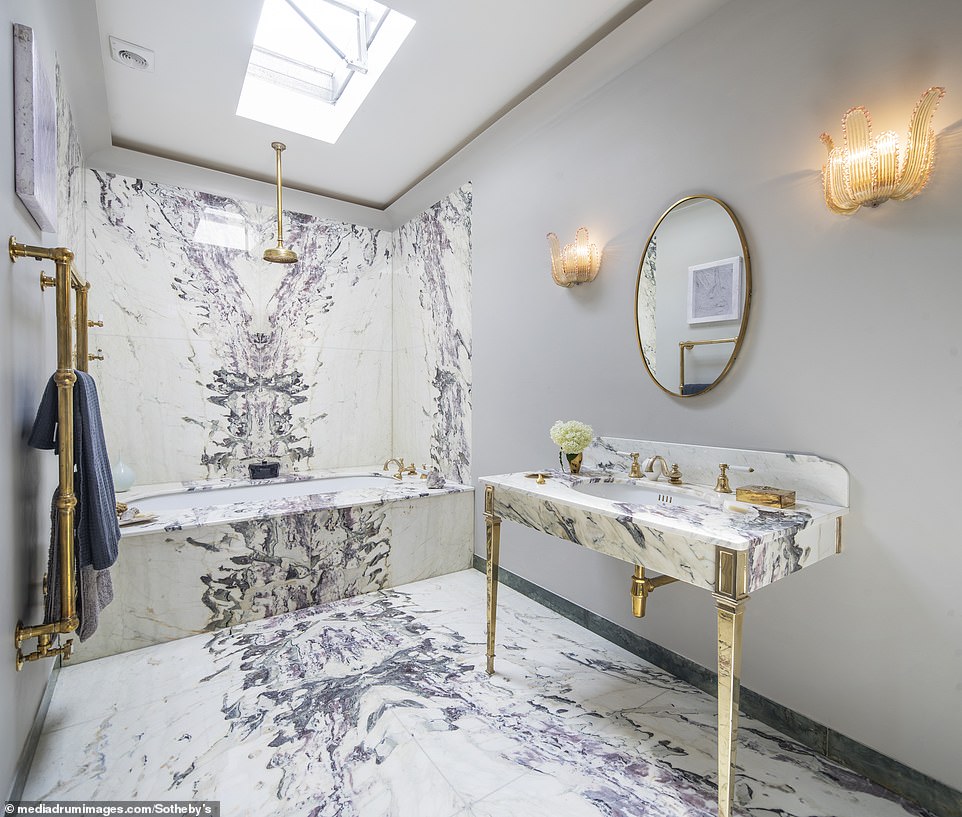 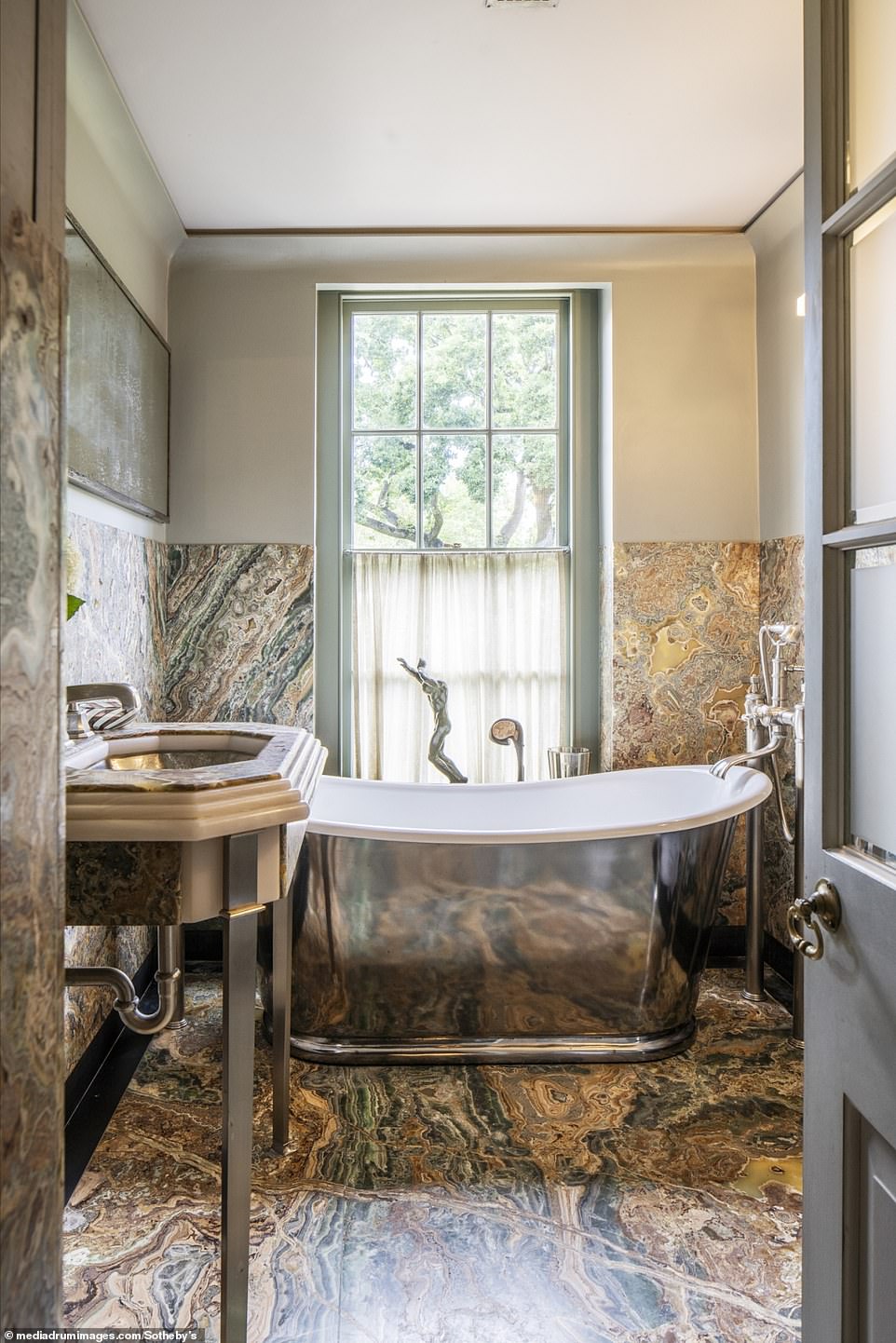 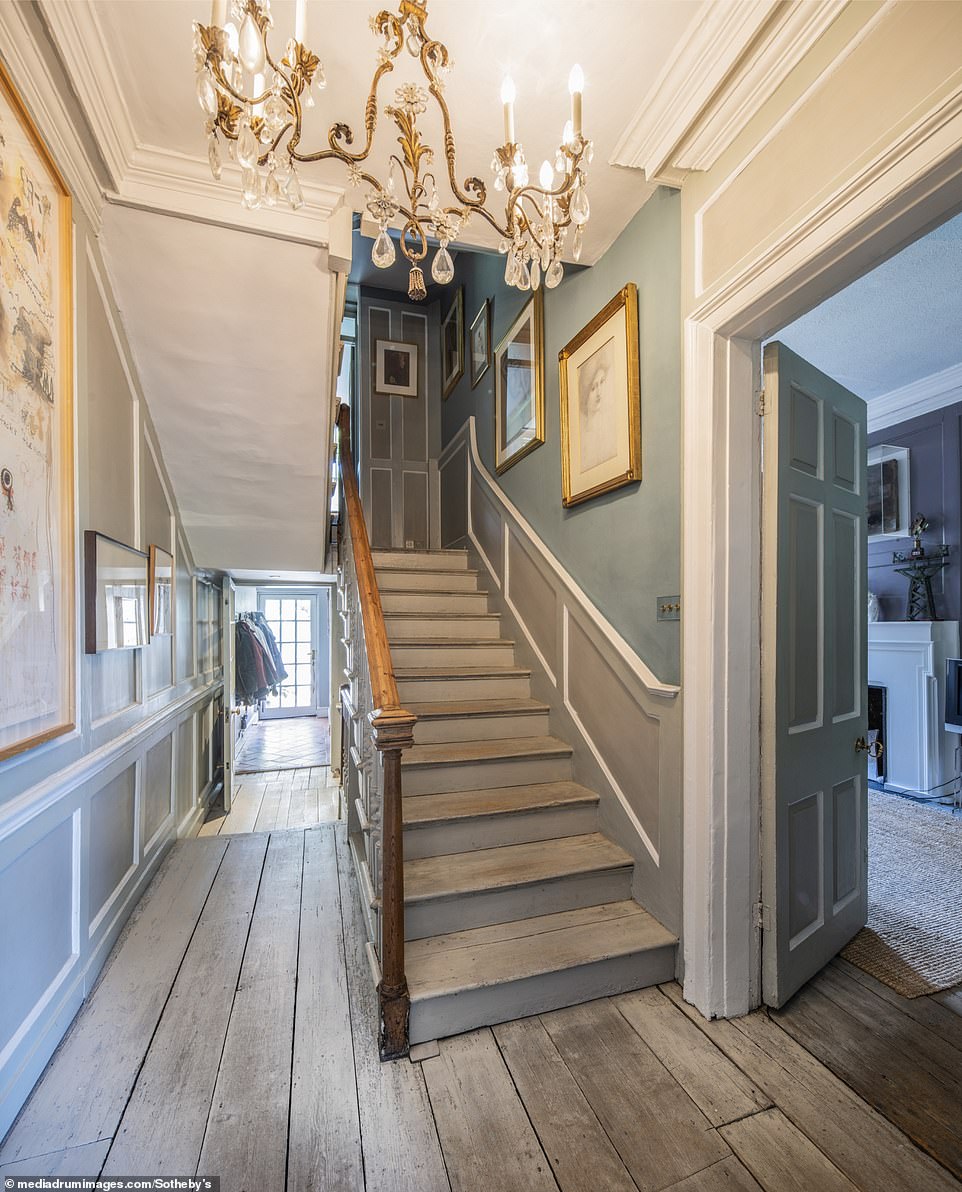 Throughout the property, the floorboards have been refurbished with a designer distressed look 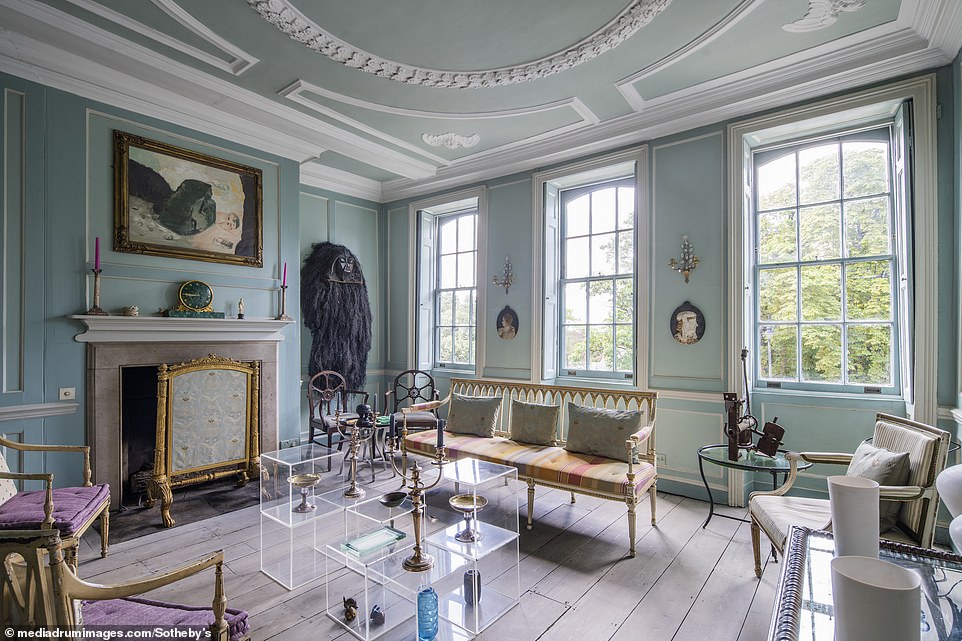 The main living room, pictured, has an unusual coffee table or central feature with strange art on the walls 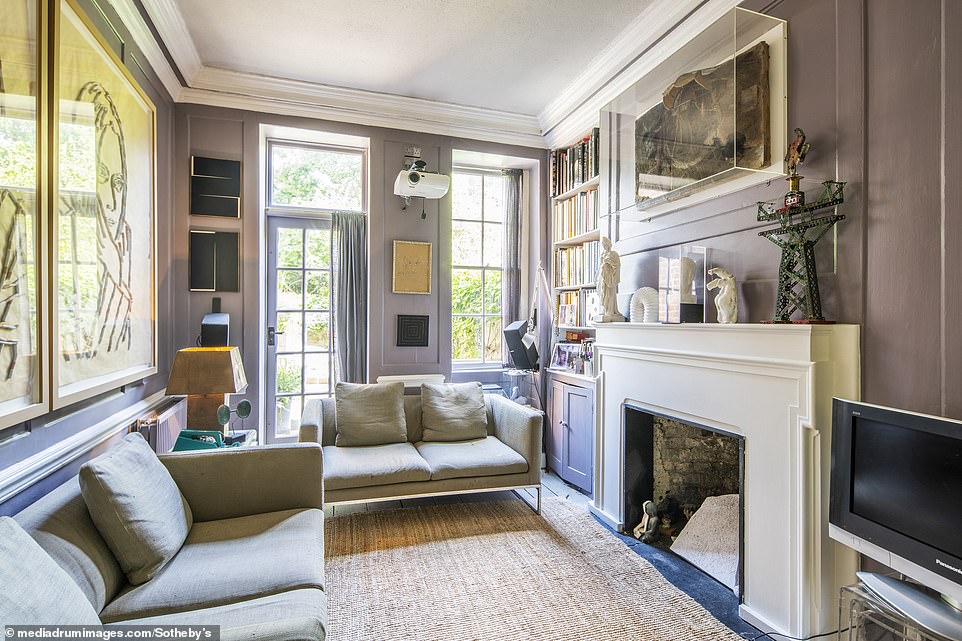