A teenager has avoided jail after he spray painted a rail worker in the face when he was caught red-handed vandalising the side of a train.

Jack Gibson-Burrell, 19, used a GoPro to record himself spraying a large bird on a train at Park Road station on the Gold Coast in May.

Shocking footage shows him being confronted by the 61-year-old worker before Gibson-Burrell sprays paint directly into his eyes and over his upper body.

The worker immediately turns away and tries to shield his eyes as the teenager continues to cover his back in the red spray paint, before continuing with his own graffiti.

Gibson-Burrell’s victim was hospitalised for serious burns and had breathing troubles for several weeks after the incident, the Southport Magistrates Court heard on Friday, 7 News reported. 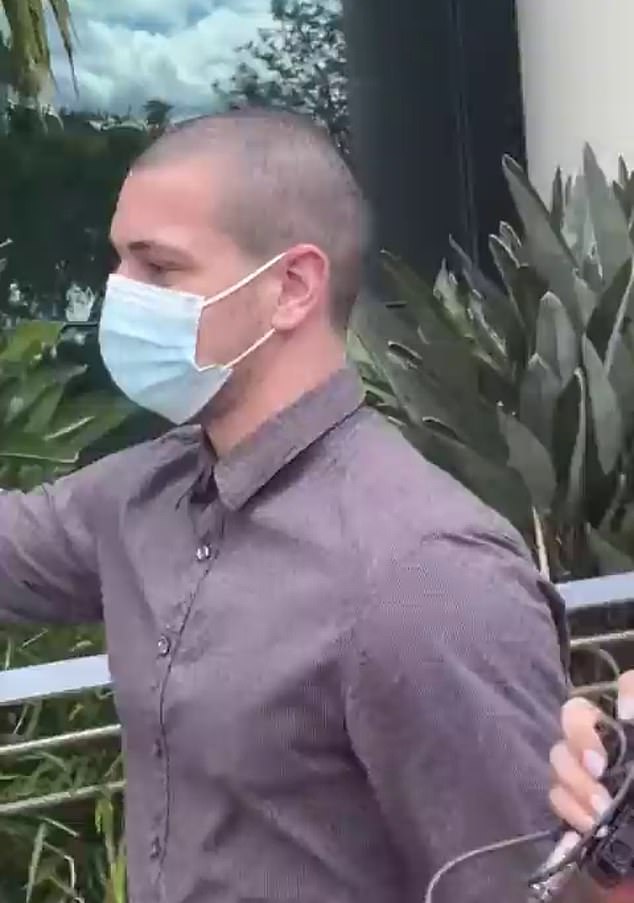 Jack Gibson-Burrell, 19, (pictured outside court) used a GoPro to record himself spraying a large bird on a train at Park Road station on the Gold Coast in May 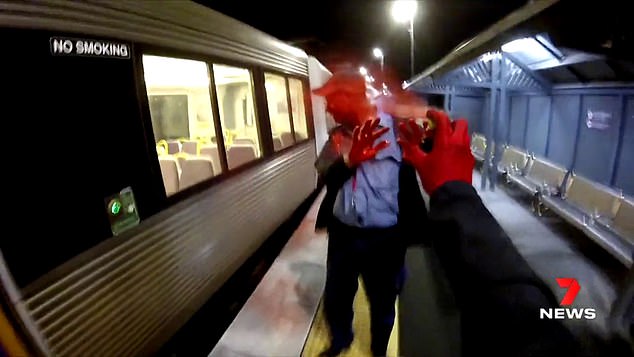 The teenager was arrested days later at his home in Burleigh Waters and was charged with 24 offences including assault occasioning bodily harm and wilful damage.

Gibson-Burrell was spared jail time and was instead placed on probation for two years.

He will also have to pay $5,000 in restitution and spend 60 hours of his time removing graffiti.

When asked about the incident by reporters outside court on Friday, Gibson-Burrell said nothing but instead made bird squawking sounds.

It’s understood his graffiti tag is a bird. 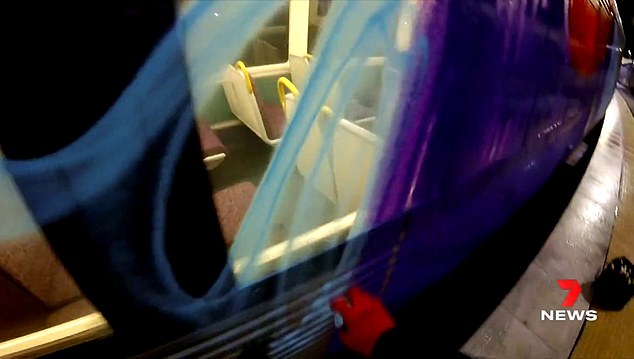