THE coronavirus death toll in the US is close to 30,000 after another 2,509 people died yesterday – making it the deadliest day for the country in the battle against the virus so far.

The Institute for Health Metrics and Evaluation (IHME), often cited by the White House, predicted that the number of deaths would peak on Monday, but cases have continued to climb in the past two days. 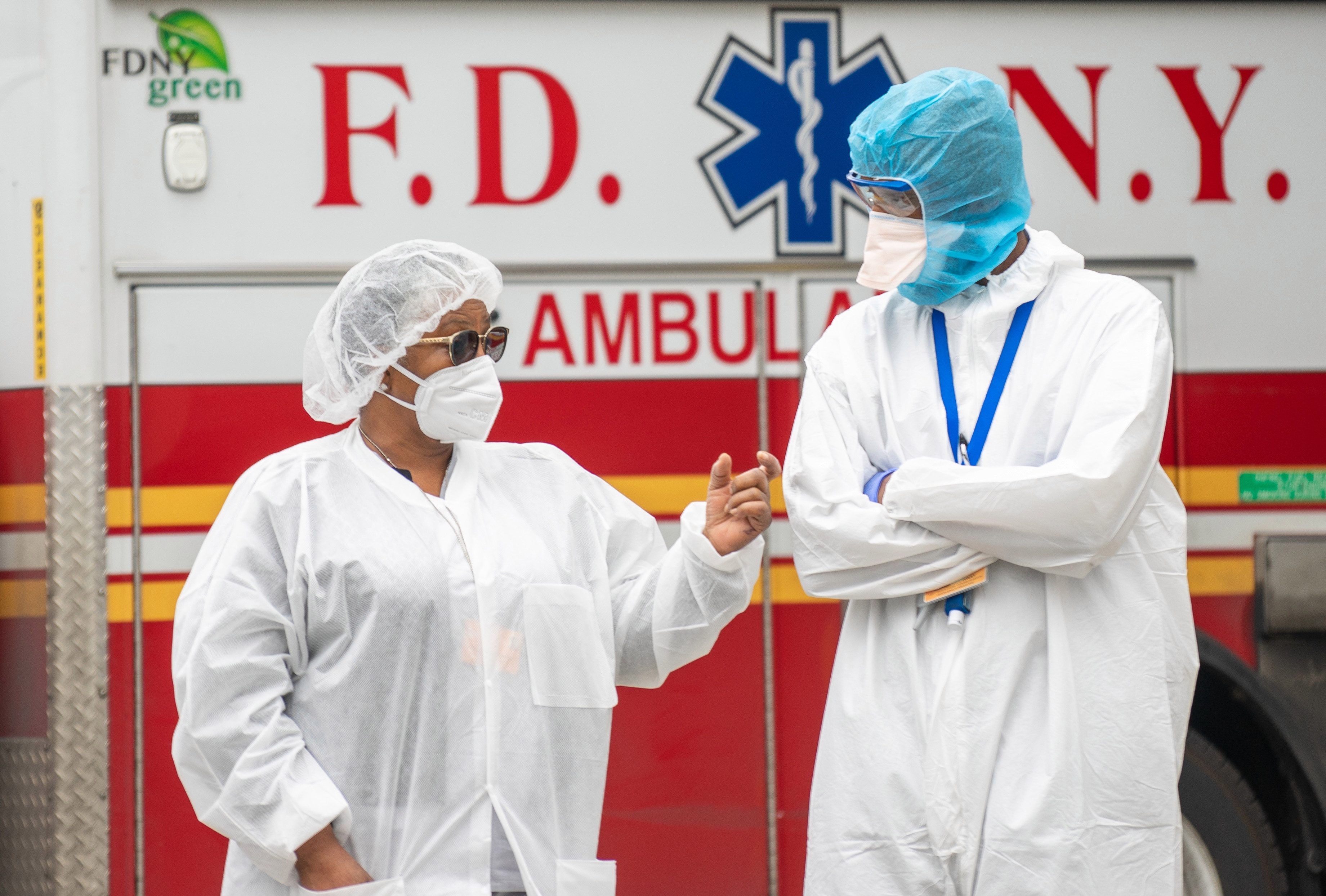 But the IHME model suggests that the United States has not even reached the halfway point in possible fatalities.

This week it has predicted that the total US deaths in the pandemic could reach around 68,800 by the end of August.

The number of new Covid-19 cases had seemed to be slowing, but the spike on Tuesday and then on Wednesday ramped the numbers back up.

The United States currently has the highest number of cases in the world, but President Donald Trump has claimed that other countries are lying about their death toll figures.

During an explosive press briefing at The White House Rose Garden on Wednesday, Trump said: "Do you think we are getting honest numbers from some of these countries?

"Do you really believe those numbers from this vast country called China?"

The United States contains 20 per cent of global coronavirus deaths, despite only being four per cent of the world's population. 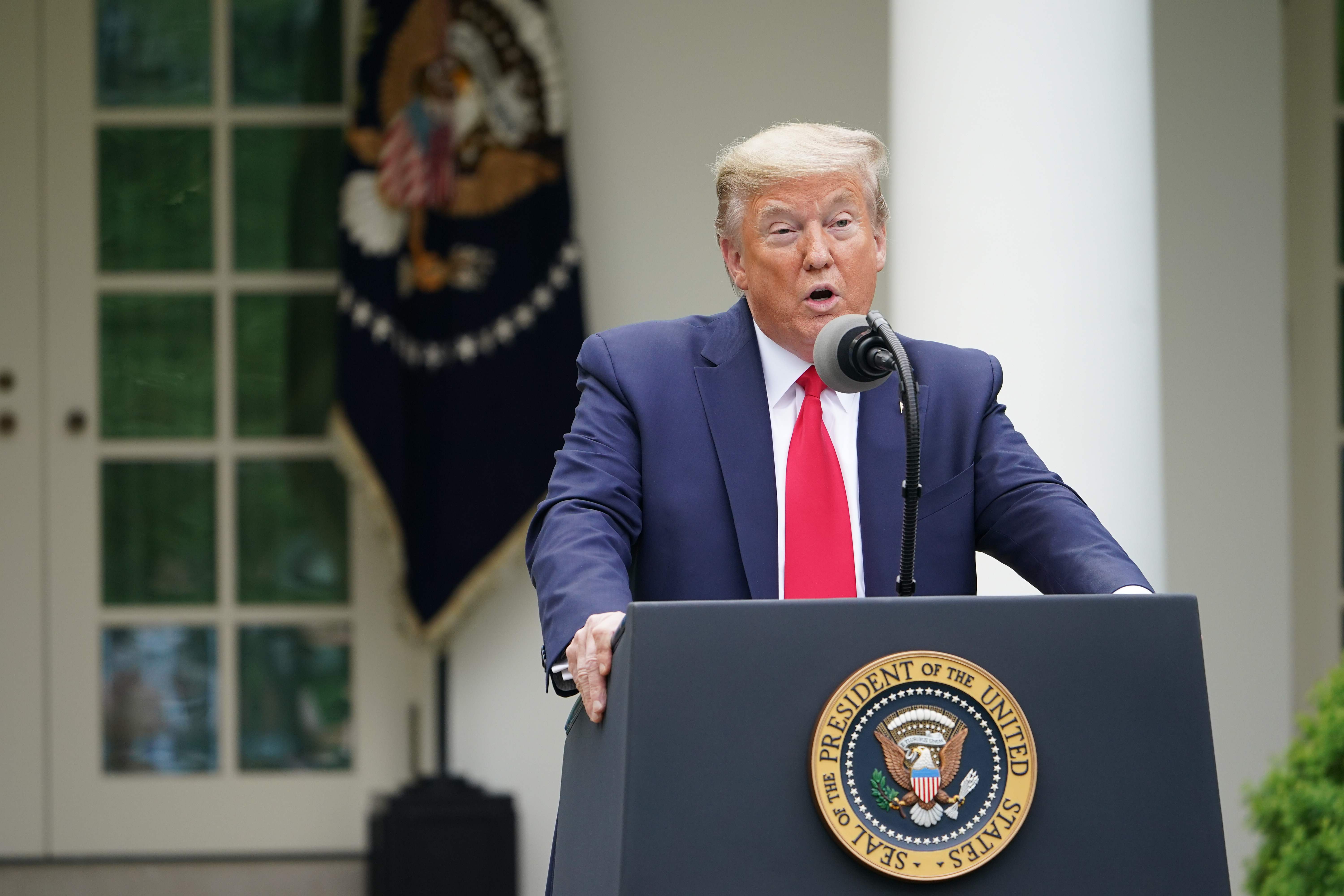 During his press conference, Trump also revealed his drastic decision to temporarily halt the $500m of funding to the World Health Organization over its "disastrous" handling of the coronavirus outbreak.

He claimed that China had lied about their death toll and the UN agency had "failed in its basic duty and must be held accountable" for prompting the "disinformation" from China.

He said that mistake led to a wider outbreak of the virus, which has now spread to scores of countries around the world.

Responding to Trump – who has been under fire for his own handling of the crisis – urged the US to stop 'stirring the pot' by 'spreading fake statements'.

The UN's chief also said it was "not the time" to cut funding.

He also confirmed the US will "redirect global health and directly work with others." 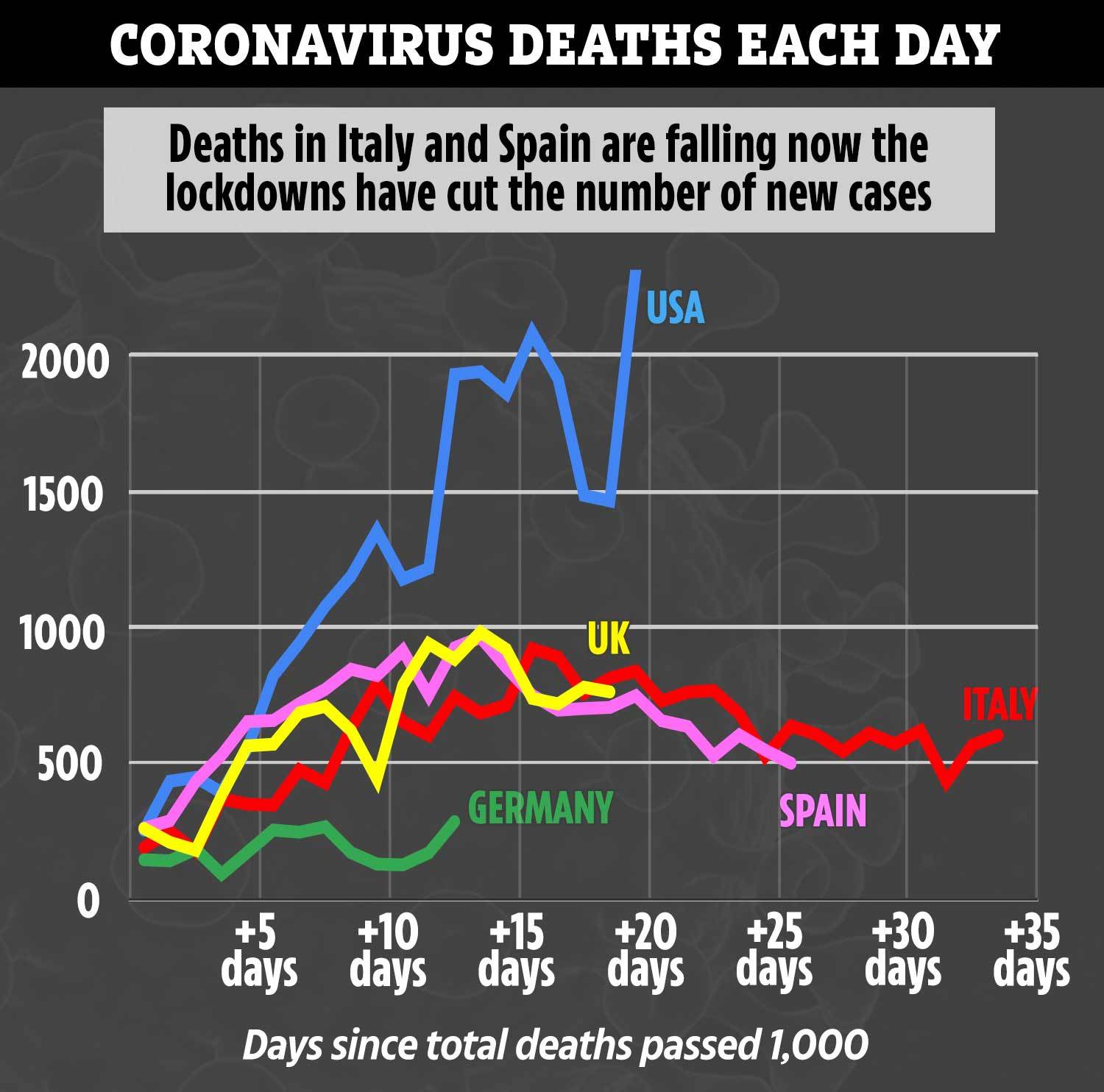 He said: "Had the WHO done its job to get medical experts into China, to objectively assess the situation on the ground and to call out China's lack of transparency, the outbreak could have been contained at its source with very little death, very little death and certainly very little death by comparison.

"This would have saved thousands of lives and avoided worldwide economic damage. Instead, the WHO willingly took China's assurances at face value, and they took it just at face value, and defended the actions of the Chinese government – even praising China."

Experts view the deaths as a 'trailing indicator' that continues to increase for several days, even if new cases and hospitalizations decline, as people who were taken to hospital days of weeks ago continue to lose their lives.

These would have occurred between March 11 and April 13 but due to a shortage of testing kits, it is unknown whether these people died from Covid-19.

Roughly 60 percent of the probable deaths occurred in hospitals and 18 percent in nursing homes, 22 per cent in private residences, according to officials. 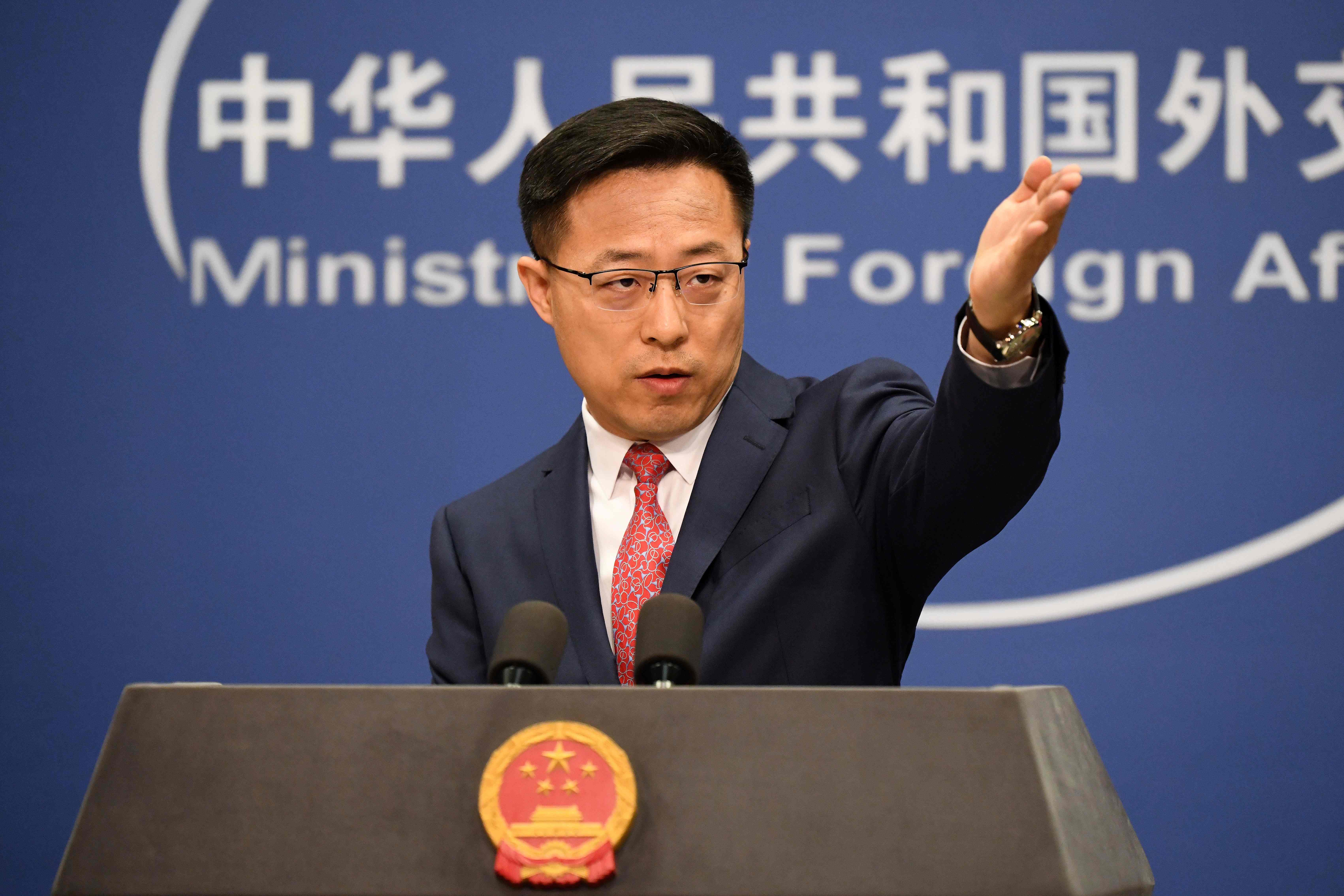 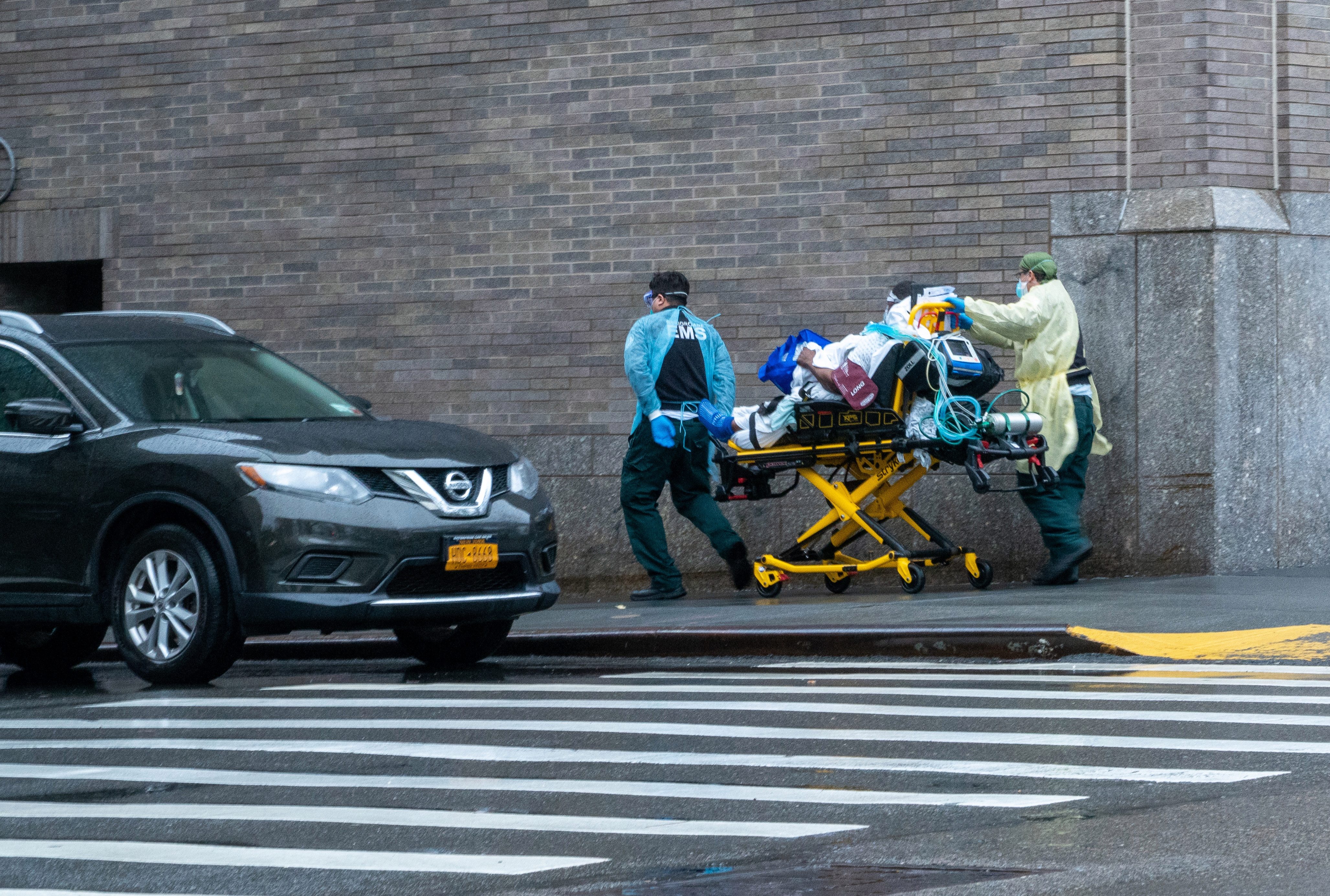