The Royal Navy has launched an investigation after a pipe leaked on the £3billion HMS Prince of Wales warship, causing an ankle-high flood.

The leak is said to have taken place on the 65,000-ton aircraft carrier on Friday while it was at Portsmouth Naval Base.

A video posted on the Facebook group Jackspeak shows water gushing through the ceiling and flooding an entire room of the warship. 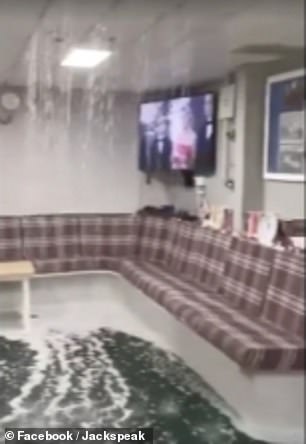 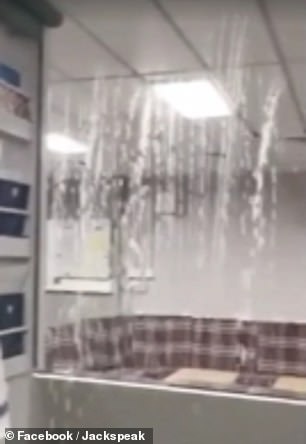 The Royal Navy has launched an investigation after a pipe leaked on the HMS Prince of Wales, causing an ankle-high flood

In the footage, the water almost reaches the height of the seats as the water pours through the slats in the ceiling.

It is understood that the pipe was isolated quickly and the water was mopped up by the crew.

A Royal Navy spokesman said: ‘Following a minor issue with an internal system on HMS Prince of Wales, the ship’s company were required to remove a small volume of water from the ship.

‘An investigation into the cause is now under way but this will not affect the ship’s programme.’

HMS Prince of Wales has recently been testing its safety systems including the deployment of life rafts and emergency chutes. 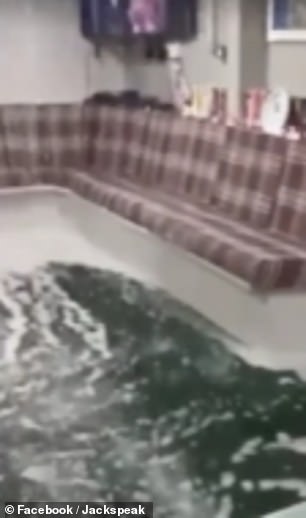 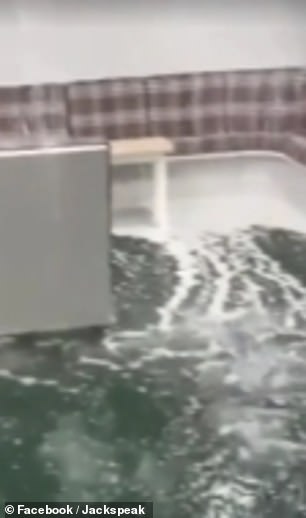 A video posted on Facebook group Jackspeak shows water flooding an entire room of the warship. It is understood the pipe was isolated and the water was mopped up by the crew 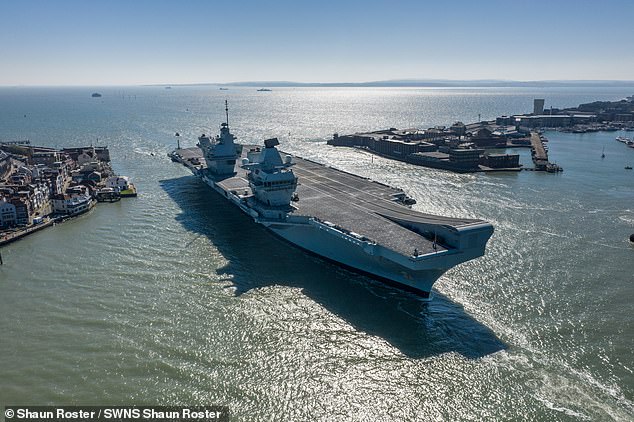 Pictured, Royal Navy HMS Prince of Wales returning to Portsmouth on March 25 after it conducted its first replenishment at sea trial

The leak comes after the £3.1billion sister ship, HMS Queen Elizabeth, suffered the same fate last July, causing a large quantity of water to pour from a pipe and to flood through several decks.

There was no damage or breach to the hull, as the water was contained in an internal compartment and then pumped out.

But the vessel had to returned to Portsmouth and cut its five-week sea trials short a precautionary measure.

At the time, the ship’s then commanding officer Captain Steve Moorhouse said it was safe and that in his experience leaks were a ‘weekly’ problem for warships.

The leak followed other issues, including a shaft seal leak which caused water to pour into the ship and the accidental trigger of the sprinklers in the hangar. 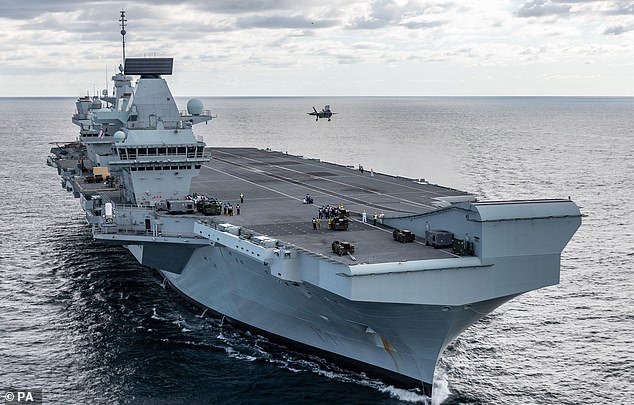 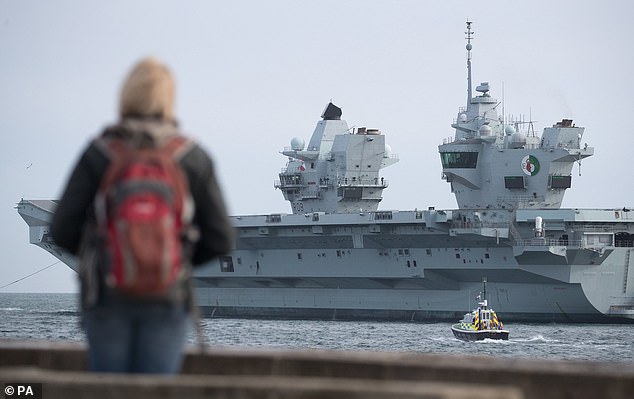 The older of the two carriers, HMS Queen Elizabeth, also delayed its departure from Portsmouth last month as its 700-strong crew were tested for coronavirus.

Two people were found to have have contracted the virus after several days of mixing with others on board, though navy bosses insisted all were complying with social distancing where practicable.

The vessel finally set sail on April 29 for its eight-week training exercise just hours after the two people with coronavirus were removed.

Some questioned whether sending hundreds of personnel to sea in the middle of a pandemic was a sensible move, but the former head of the Royal Navy insisted a presence must be maintained.